It is an often forgotten piece of World War II history that between 1942 and 1946, 425,000 Germany, Italian, and even some Japanese prisoners of war were held at 700 POW camps in 46 U.S. states. All except the Japanese got here on troop transport ships that would have otherwise returned from Europe empty. A new book, The Complete Book of World War II USA POW & Internment Camp Chits. Prisoner of War Money in the United States, by Dave Frank & David E. Seelye, is a comprehensive look at one of the overlooked, yet more intriguing aspects of the camps’ operations — the money, or “chits” that the POWs used for discretionary expenses in their camps, such as for cigarettes, candy, paper and postage, 3.2% beer, or other items. 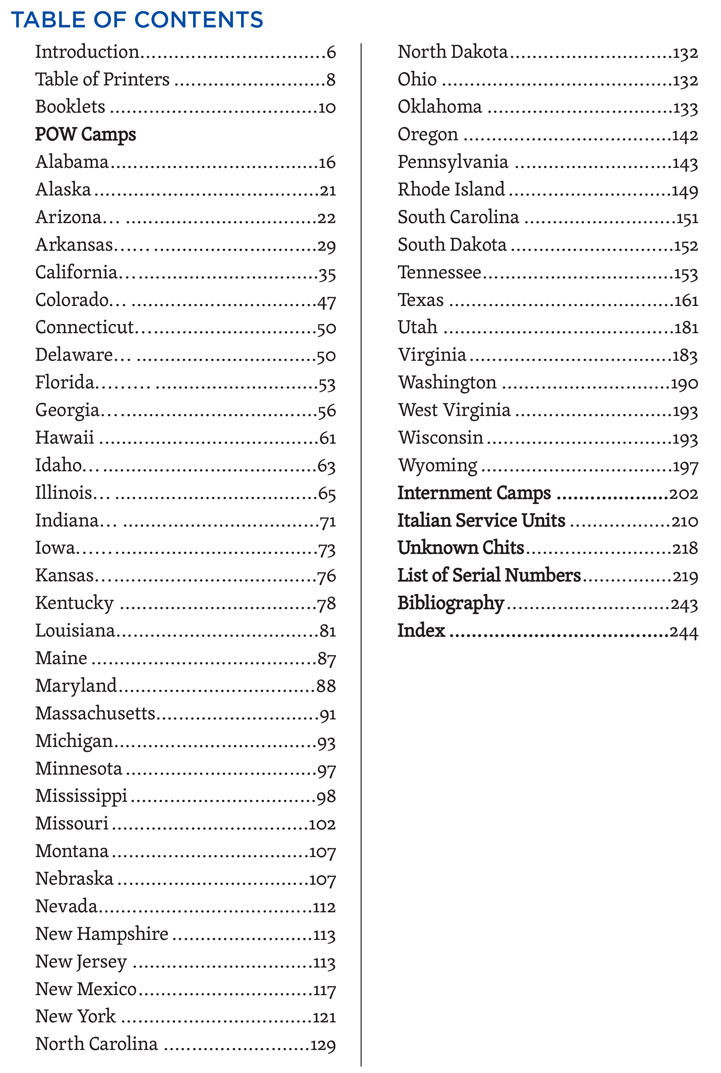 Why did prisoners of war have or even need money? Enlisted POWs, the book explains, were allowed to work on non-military tasks such as farming, construction, and manufacturing. For this, they were paid on a scale based on the U.S. equivalent of their military rank. A private in 1941, as an example, got 80 cents a day and an additional gratuitous 10 cents per day for necessities. Officers got paid if they worked or not. If they chose to, they got paid extra. Many POWs returned home wealthier than the families they left behind when they went off to war. Some of the pay could be used to purchase canteen coupons in the form of booklets with face values of from 20 cents to $20 that could be used in the camp. 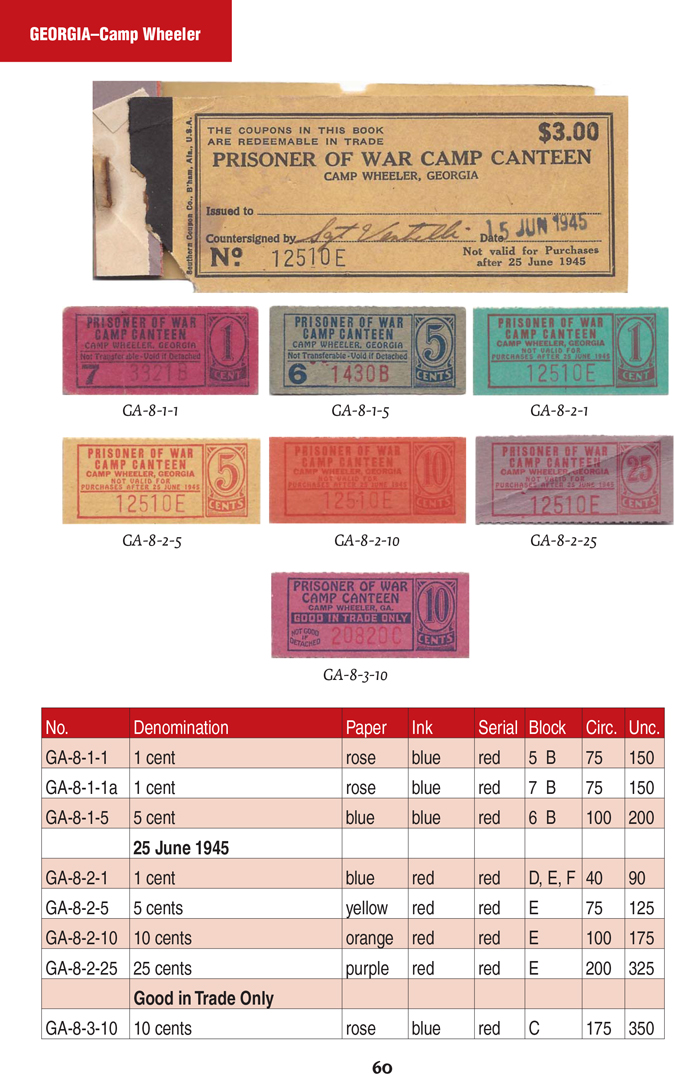 Rather than employing a unified payments system, the camps issued their own ticket-like chits in booklets prepared under contract by private printers. The first accounting of these chits was in Die Kantinenschecks der Deutschen Kriegsgefangenen in den U.S.A., written in 1953 by Albert Pick, himself a former German POW, who would go on to become a legend in world paper money. A few other books followed, the last over 20 years ago. The Complete Book of World War II USA POW & Internment Camp Chits, by Messrs. Frank and Seelye, both recognized experts on the topic, has been years in the making and is by far the most comprehensive work ever done on the subject. 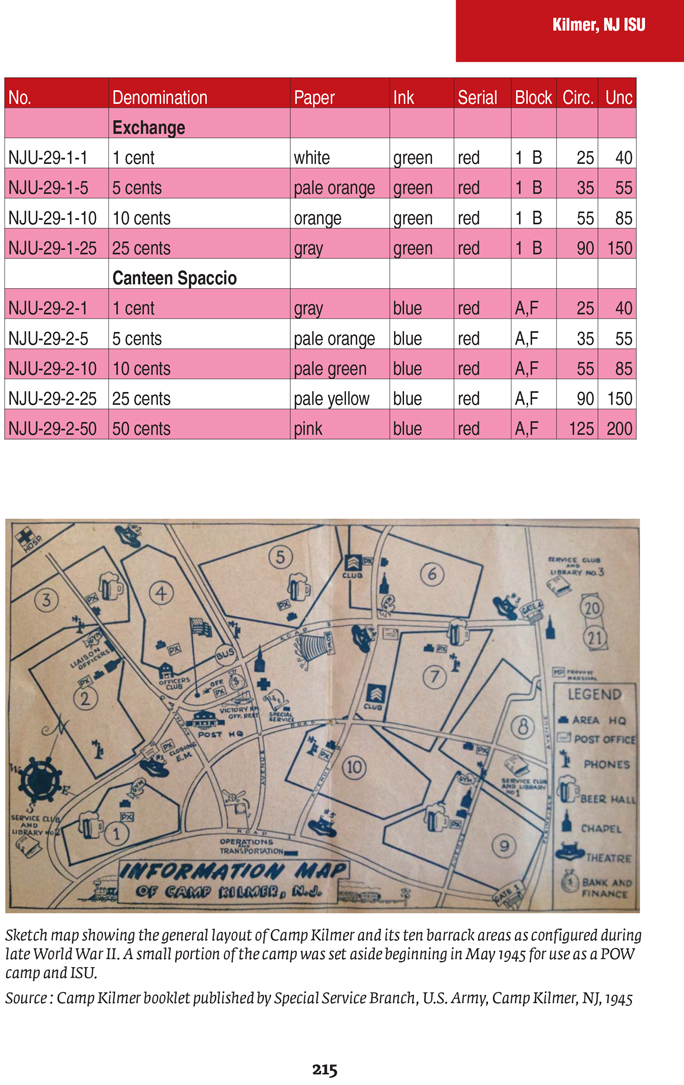 The book contains brief histories for most of the camps and even some anecdotes. (One of the more amusing ones concerns a days-long protest by German POWs in Nebraska over a delay in a shipment of beer, over which they were already aggravated because of the low alcohol content.) Chits and the booklets they came in are illustrated in color. Prices are given in used and new conditions with a new numbering system devised by the authors. Historical maps, documents, and photographs are interspersed throughout.


For those who don’t collect them, this is a book that could make them want to start. It’s a fascinating view of an often overlooked part of U.S. numismatic heritage. It has 256, 6×9-inch pages and over 900 photos.