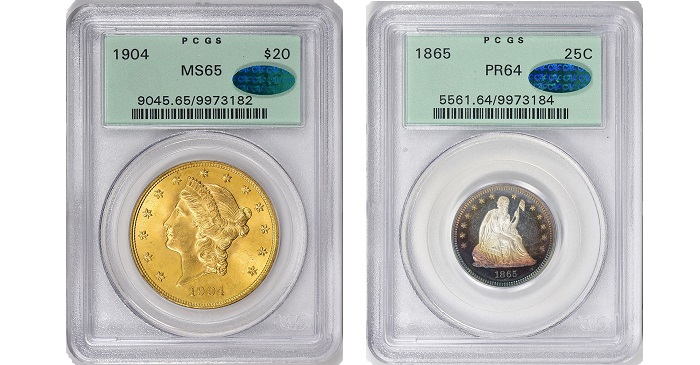 The U.S. gold and silver type coins were purchased from Numismatics, Ltd in the 1970s

Irvine, California — On Sunday, August 26th, GreatCollections will be auctioning the Ruth Weinberg estate of PCGS-graded gold and type coins in the older-style green holders.

Ruth, a native of Los Angeles, recently passed away at the age of 96. She worked for the firm Abell Auction Company from age 20, right up until March of 2018. The impressive 75-year tenure started in 1943 during WWII.

Ruth’s son, the well-known coin dealer Fred Weinberg, sold his mother the coins while working for Numismatics, Ltd, a major numismatic firm in the 1970s based in Beverly Hills, California. The original receipts show the purchase prices back in 1973 through 1979.

After PCGS was founded in 1986, Fred arranged for the coins to be professionally graded.


The key-date 1916 Standing Liberty quarter was described on the 1976 receipt as Choice Brilliant Uncirculated with a sale price of $2,000. The coin was graded MS-63 Full Head and is expected to sell for over $10,000.

Ian Russell, owner and president of GreatCollections said: “It is an honor to be entrusted with these coins from the Weinberg family. What an amazing woman Ruth was — working for a single company for three-quarters of a century!

“The gold coins were all purchased and selected by Fred himself, from his buying trips to Europe on behalf of Numismatics, Limited and have an original, fresh appearance. Many would grade higher than the grades assigned 30 years ago if resubmitted today, as grading standards were more strict back in the late 1980s,” Ian continued. 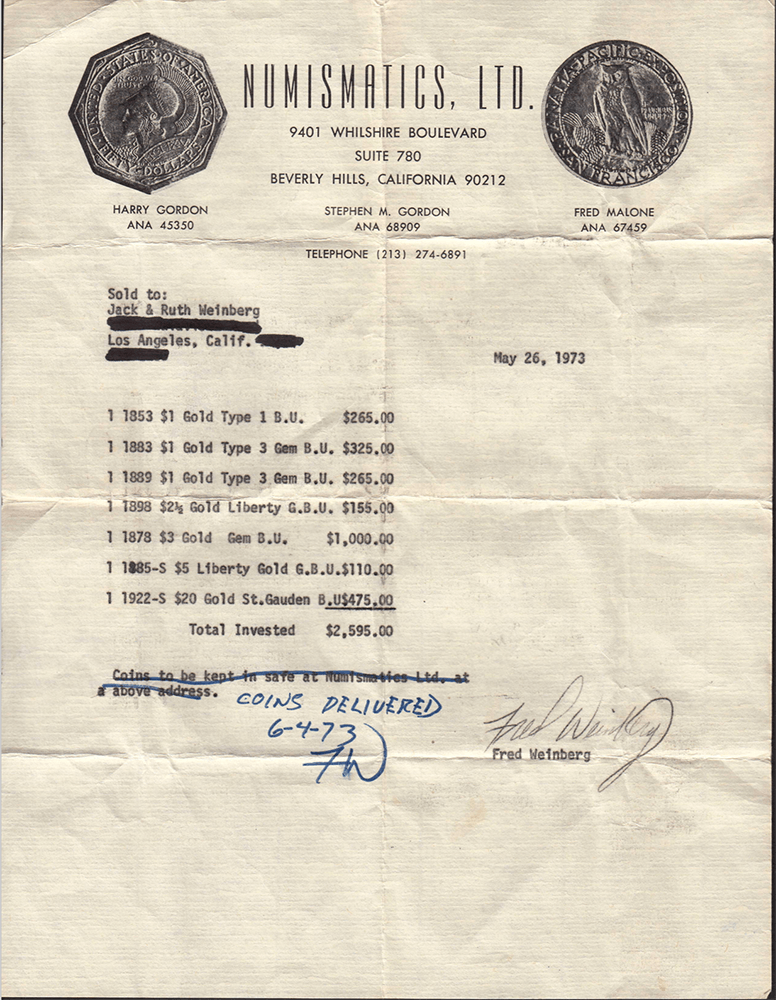 The group of U.S. gold coins, U.S. type coins, and original receipts will be on display at the ANA in Philadelphia and also at GreatCollections’ Irvine office. You can also click here to view the listings.