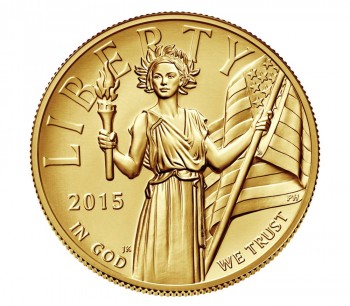 Gold prices fell by as much as forty dollars an ounce when Asian markets began trading Sunday at 9:30 pm ET. This initial plunge spurred an overnight sell-off that brought the value of the metal below $1,110 an ounce—its lowest level since 2010, according to CNN Money.

Though eventually stabilized by trade in Europe, gold had lost a full two percent of its value by 9:30 am ET. FXTM chief market analyst Jameel Ahmad voiced concerns about the psychological effect of gold dipping below $1,110 an ounce, which marks a milestone that could further erode buyer confidence in the commodity.

A number of factors have contributed to the weakening of gold’s market value. A strong dollar has helped push gold out of reach for holders of weaker currencies, and talk of an upcoming interest rate hike from the Federal Reserve further reinforces perceptions of the dollar’s strength against other standards and commodities. A key factor in yesterday’s plunge was news that China, the largest producer of gold in the world, has increased its gold reserves at a rate lower than expected.

For collectors, this poses a dilemma: should potential gold buyers hold off until its value stabilizes or stock up while its cost is relatively low? Among other concerns, it will be interesting to see how current trends affect demand for the 2015 American Liberty High Relief Gold Coin, planned for release on July 30th via the U.S. Mint’s website. Composed of 99.99 percent gold, the coin’s cost will be tied to the metal’s value on a fluctuating market; the Mint’s pricing projections for the release can be seen here.