The Royal Canadian Mint have announced that a series of ten coins will be issued in honor of the FIFA Women’s World Cup tournament which is to be hosted this year in Canada.

From June 6th to July 5th 2015, Canadians will have the world’s best female soccer teams playing right in their own backyards as six cities across Canada will host the FIFA Women’s World Cup. The matches are to be played in Vancouver, British Columbia; Edmonton, Alberta; Winnipeg, Manitoba; Ottawa, Ontario; Montréal, Québec and Moncton, New Brunswick. Recognized as the most important international competition in women’s football, the upcoming competition will unite football fans worldwide while giving Canada an opportunity to embrace the best of women’s sport.

The Royal Canadian Mint unveiled the special collector coins produced in both silver and gold to commemorate this milestone sporting event today in two of the host cities: Vancouver and Moncton. Members of Canada’s National Women’s Team along with kids from local clubs were on hand to help celebrate. Victor Montagliani, Chair of the National Organising Committee for the FIFA Women’s World Cup Canada 2015 and President of the Canadian Soccer Association was also on hand for the unveiling. With designs as heart-stopping as the action expected on the pitch, these coins capture the drama, intensity and diversity of competing at the FIFA Women’s World Cup Canada 2015.

The Royal Canadian Mint is fielding an impressive roster of collector coins in celebration of Canada’s hosting the FIFA Women’s World Cup 2015™. Its line-up includes: 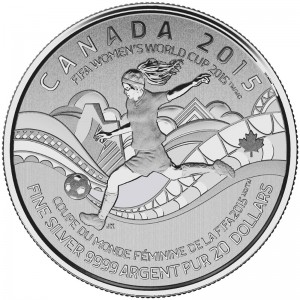 One $20 for $20 fine silver coin: Sold at face value and designed by artist Joel Kimmel. 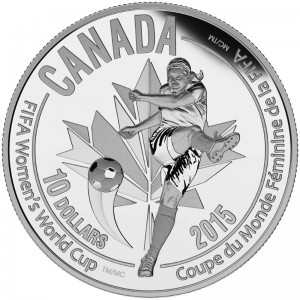 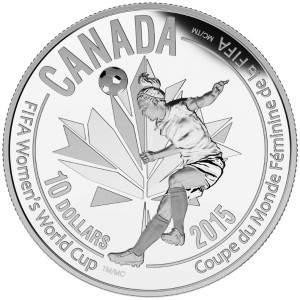 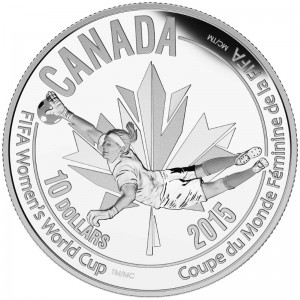 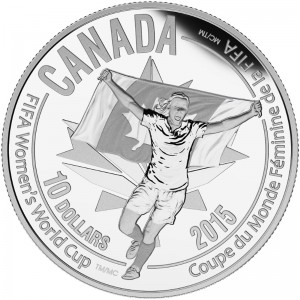 Four $10 fine silver coins: designed by artist Greg Banning, the coins feature the themes of “The Kicker”, “Heading the Ball”, “The Goalie” and “Celebration” 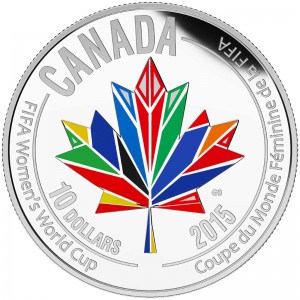 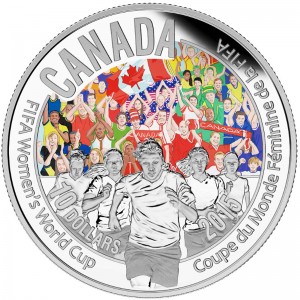 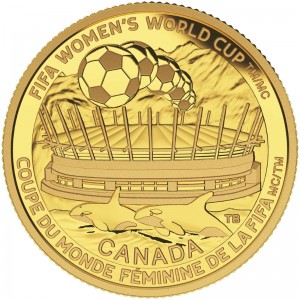 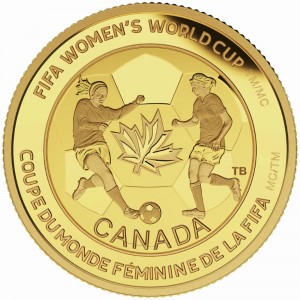 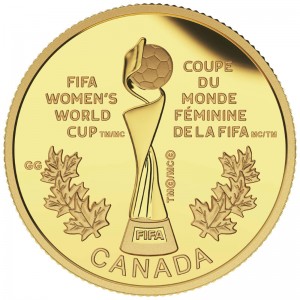 Three $75 pure gold coins: “The Soccer Ball” and “The Championship Game” coins are designed by Tony Bianco and “The Trophy” is designed by Glen Green. The obverse of all ten coins includes the effigy of HM Queen Elizabeth II as designed by Susanna Blunt and in use on circulation and commemorative Canadian coins since 2003.

The $20 fine silver coin is currently available for ordering. All other coins can be ordered from the Mint from April 7th 2015. For more information on these and other coins offered by the Royal Canadian Mint, please visit the new releases section of their website. Information offered in English and French, international orders dispatched.