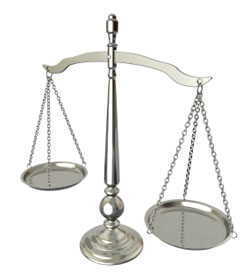 In the coming week, the next round of gold and silver options on the COMEX and Over-The-Counter markets will expire on Tuesday and Wednesday.  Before they expire, those who own call options have the right to purchase physical metal at the price stated in the options contract.  Those who own put options can deliver the physical gold or silver to the other party to the contract and receive payment at the contract price.

Earlier this week, the COMEX reported that the number of May 2010 call and put silver options at the strike price of $18.00 netted to more than 1,500 call contracts.  Each contract is for 5,000 ounces.  If the price of silver rose enough over $18.00 to make it worthwhile to exercise the call options, that could potentially result in an immediate obligation to deliver 7.8 million ounces of silver.

A sudden demand for that much silver would almost certainly magnify the pressures for higher prices.  And, if the silver price was increasing, that would create a stronger impetus for gold’s price to rise.

The price of gold is the de facto report card on the US dollar, economy, and government.  If gold is rising, that is bad news for the US government.  Investors, fearful that the value of the dollar could decline significantly, would insist on getting a higher interest rate to offset that risk.  Rising interest rates would mean a higher cost to finance the trillions of dollars of US government debt—and make it more difficult to find willing buyers for future debt issues!  With over $100 trillion in existing actuarial liabilities and debt that is increasing by at least $2 trillion per year, the US government has a huge incentive to prop up the dollar by suppressing the prices of gold and silver.

One way for the US government to help postpone a financial day of reckoning is to suppress gold and silver prices during key events.  The expirations of gold and silver options are such events.  Therefore, I expect that silver will not be allowed to close in US markets any higher than about $18.05 next Tuesday and Wednesday afternoons.

Once we get past about 2 PM Eastern time zone next Wednesday, I would not be surprised to see the prices of gold and silver jump significantly.  If you want to profit from the US government and its trading partners manipulating a market, I suggest that gold and silver buyers act now and sellers wait until later.

If the price of silver is not held under $18.05 at the US close next Tuesday and Wednesday, that would be a signal that prices are likely to rise even faster and higher.  This also means that you should buy sooner rather than later.

On March 17, Wachovia Bank signed an agreement with the federal government to pay a fine of $160 million for deficiencies in the bank’s anti-money laundering (AML) compliance program.  The imposition of such a large penalty is adding pressure to other banks to make sure that their AML programs comply with federal regulations.  Already, a number of coin dealers across the US have been contacted by their banks.  The banks are demanding that the coin dealers provide information about their own compliance programs, including a copy of the most recent compliance audit.

In several instances, the coin dealers were only given a few days to provide this information before the bank threatened to unilaterally close the dealer’s accounts.  Those who do not already have a formal compliance program, annual audit, or documentation to prove they are exempt from the regulations, often do not have enough time to avoid having their accounts closed.  A good source for coin dealers to obtain information on this issue is the Industry Council for Tangible Assets (ICTA), the national rare coin and precious metals dealer trade association, whose website address is www.ictaonline.org.

One of the most blatant examples of a government official speaking out of both sides of his mouth at the same time come from Federal Reserve Chairman Ben Bernanke.  On the one hand, he keeps saying that the economy is currently stable and maybe even in the early stages of recovery.  On the other hand, he continues to say that the Federal Open Market Committee will keep interest rates very low “for an extended period.”  Keeping interest rates down is a policy decision for circumstances where the economy is weak and declining.  If they are kept low during a recovery, that will further stimulate higher consumer prices.  If Bernanke cannot be trusted to make consistent statements, how will anyone know when he is speaking the truth?