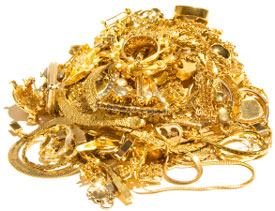 As has been the usual pattern for at least the past year, the spot prices of gold and silver are now being suppressed going into the COMEX and OTC options expirations that occur next Tuesday and Wednesday, respectively.

Since gold was about $1,215 at one point on Tuesday, it dropped as low as $1,166 in European markets this morning.  There are over 18,000 gold call options that expire this coming Tuesday with a strike price of $1,200 per ounce versus only about 5,000 put options at that price.  This strike price has the largest quantity of gold call options that expire.  Therefore, the US government has a huge incentive to make sure that the gold price settles on the COMEX under or, at most, just a smidgen over $1,200 next Tuesday and Wednesday.  The silver market, as a percentage, declined even more.

This week, platinum and palladium spot prices also dropped sharply.  As I previously stated, there was strong demand for both metals as exchange traded funds for them began operation a few months ago.  I predicted this would prove to be a temporary phenomenon.  It is quite possible that the decline in the global stock markets over the past two days may have prompted some liquidation of platinum and palladium positions.  If true, these two metals may underperform gold and silver for the balance of 2010.

Falling prices in the past few days stimulated physical demand.  Today my own company’s retail sales were among the highest of any day going back 30 years!  Some other major US bullion retailers are experiencing such strong demand that they have stopped accepting orders on selected products.  For instance, they are having difficulty obtaining US 90% Silver Coin and US Silver Eagle Dollars.  Premiums are rising.

My last column seemed to have something to offend a variety of readers.  Fans of Goldline did not like that I spilled the beans on their generally non-competitive retail selling prices.  I was surprised by the number of comments I read that stated flat out that charging a higher price than competitors for a product is “illegal.”  I tried to make it clear that a relatively high price is repugnant to me and would be a good reason to avoid a particular seller.  In a free market, a high-priced seller tends to do much less volume than others, so it is normally a self-correcting aberration.  However, simply quoting a high price, absent other factors, is not illegal or worthy of government prosecution.

I also found it curious that Rep. Weiner chose to attack only one broadcaster supported by Goldline advertising.  Why did Rep. Weiner only attack a broadcaster whose political views are far different than Weiner’s, but then not also attack the broadcasters supported by Goldline advertising where the hosts’ views are much akin to Weiner’s?  The whole episode stinks of selective political partisanship, despite protestations that Weiner’s only motive is investor protection.

At the beginning of this week, The Wall Street Journal reported that Sears and Kmart found a partner to begin purchasing jewelry from the public.  Potential sellers could pick up a mail-it-in envelope at the stores, and then send the goods through the post office to Pro Gold Network to get evaluated for an offer.  The Pro Gold Network lists the company’s current buy prices.  When I compared them, they were more than 12% lower than the lowest prices my company currently pays for the same merchandise.  While these buy prices are higher than many other mail-it-in buyers, they still are not that competitive.  To top it off, something not disclosed by The Wall Street Journal is that the Pro Gold Network is affiliated with Combine International Logistics Co., Ltd. of Taiwan.

The interest of this Chinese company in wanting to purchase gold matches up with reports coming from mainland China.  So far in 2010, the typical reports from mainland Chinese gold sellers is that private demand for bullion products is up 80% to 100% of year ago levels, far more than could be explained by the higher spot prices.

Expect the prices of gold and silver to be restrained through the COMEX close on Wednesday, May 26, then look for a solid rebound.  Take advantage of this temporary bargain buying opportunity while you can.