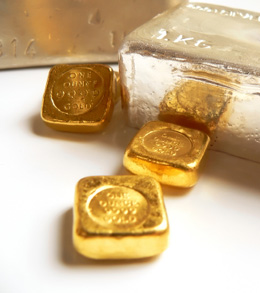 After a particularly volatile year, gold stands as the only precious metal in positive territory, with a gain of 11.65% for 2011. The price for silver fell by 8%, while platinum and palladium prices each declined by about 20%.

The table below shows the last available London Fix prices from 2010, today’s London AM Fix price, the change, and percentage change.

Gold’s performance has been the remarkably consistent, now recording a gain for the eleventh consecutive year. For eight out of the eleven years, the gain has been in double digits.  Since the 2000 closing price, gold has risen from $272.65 to $1,574.50 for an overall gain of 477%.