People sometimes give gifts that relate to the things that they love. As a coin collector, I have given coins as gifts, and have received them as well. I had not realized that it was a part of a tradition that extended to the other side of the world.

During a recent episode of “The Oprah Winfrey Show”, women from various countries around the world were interviewed regarding the way that they live. One of the women interviewed was a Turkish woman from Istanbul named Nuvidel, who said that instead of keeping one’s money in a bank, they purchase gold coins and store them in a bag or pillow at home. If an economic crisis hits the family, the bag is pulled out, the coins are cashed in, and “the crisis is solved.”

I did some research, and I found out that the giving of gold coins is a tradition in Turkish culture: newlyweds and newborn children are given the coins as an insurance for their continued financial stability. The coins are available at most jewelers, and come with a red bow, signifying good luck, and a pin so they can be attached to the bride’s gown. The coins for baby showers are the same, the only difference is that the ribbons are blue or pink. Their cost is relatively reasonable, starting at 40 U.S. dollars; they are all newly minted, and display traditional Ottoman designs.

My personal experience with the giving of coins as gifts is modest by Turkish standards. For my wedding, I had purchased 1989 proof sets for my best man and groomsmen, to commemorate the event. 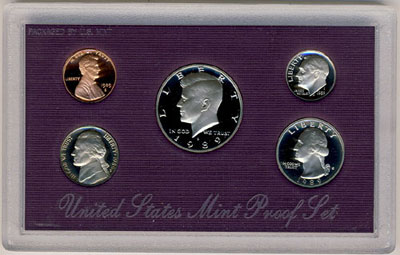 The coins I have received as gifts have been more varied. For my Christmas wish list one year, I had written down that year’s proof set and a bullion silver dollar, along with other non-numismatic items. Imagine my shock and delight when I unwrapped the silver proof set and a proof silver dollar. It was a very merry Christmas that year. Several years back, a long-time friend had given me a simple box for my birthday. In it were dozens of coins that her father had acquired in his travels around the world. Amongst them were three coins that stood out: a 1981 commemorative coin celebrating the marriage of Prince Charles and Princess Diana, an 1848 Queen Victoria farthing, and a French 1/2 sol from 1793.

I would encourage those with coin collectors in your lives to ask them what they collect, if only to get an idea of the types of gifts that might make them happy.