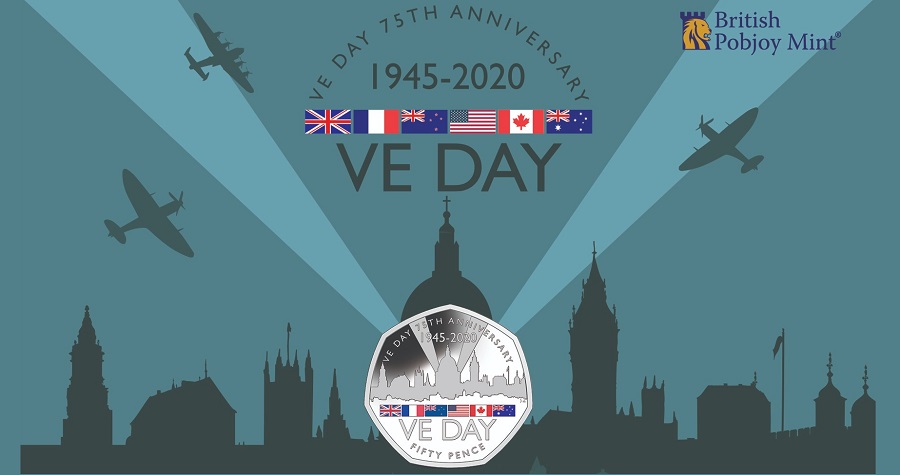 The government and treasury of Gibraltar have released (27th April) new commemorative 50-pence coins to mark one of Europe’s most important anniversaries. As this is the 75th anniversary of VE-Day, essentially when the Second World in Europe came to a formal end after more than six years of fighting and deprivation, much of the continent will remember this day (under current circumstances that were not anticipated). 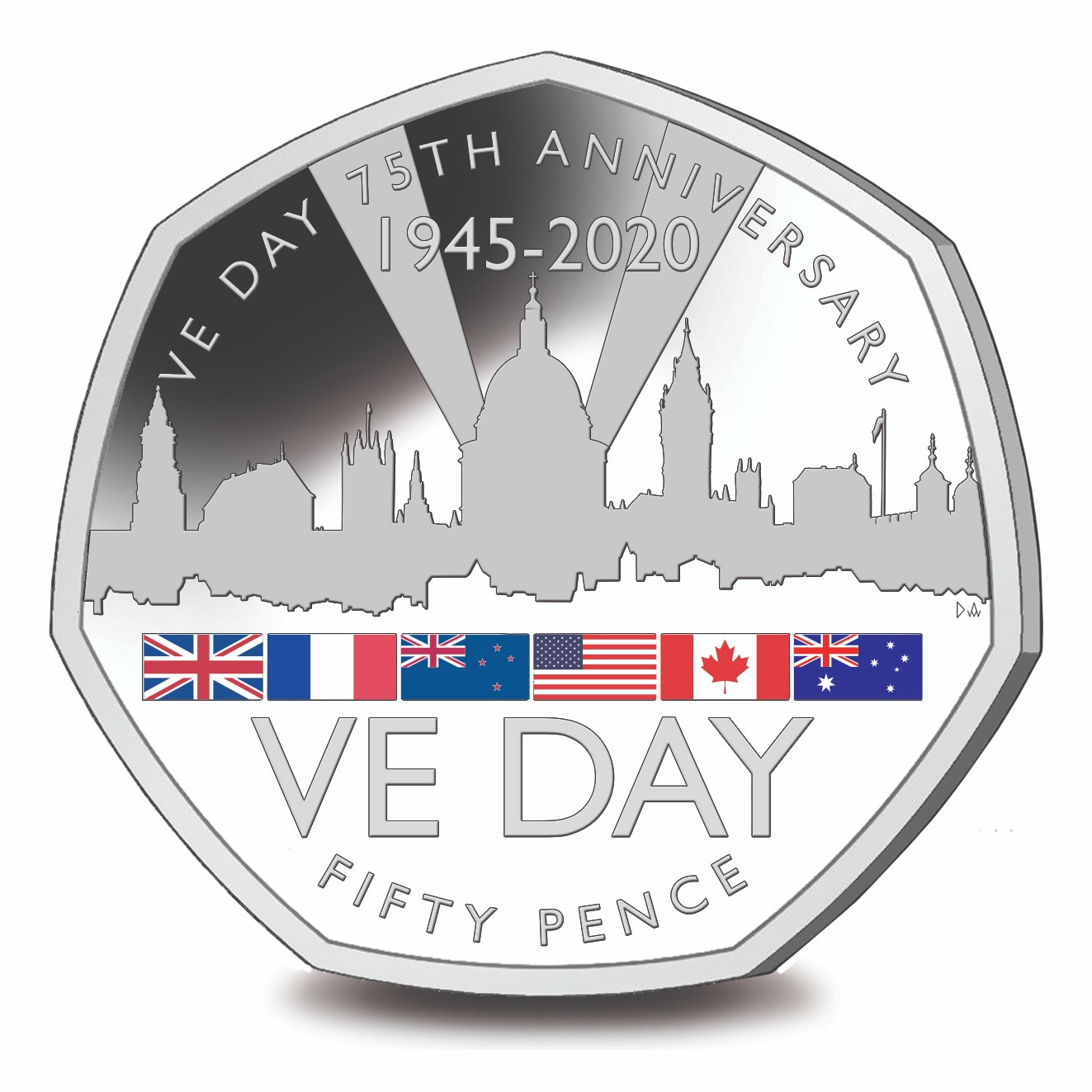 The seven-sided coins are produced by the Pobjoy Mint at their facilities in Surrey, England, on behalf of the government and treasury of Gibraltar. The reverse side of the coins features the London skyline including St. Paul’s Cathedral and the Palace of Westminster. Searchlights can be seen emanating behind St. Paul’s Cathedral. Beneath the skyline, the national flags of the allies can be seen: The United Kingdom, France, New Zealand, the United States of America, Canada, and Australia. The wording VE DAY 75TH ANNIVERSARY is displayed at the top of the coin with the dates 1945-2020 shown below. The wording VE DAY is shown beneath the flags with the value below. 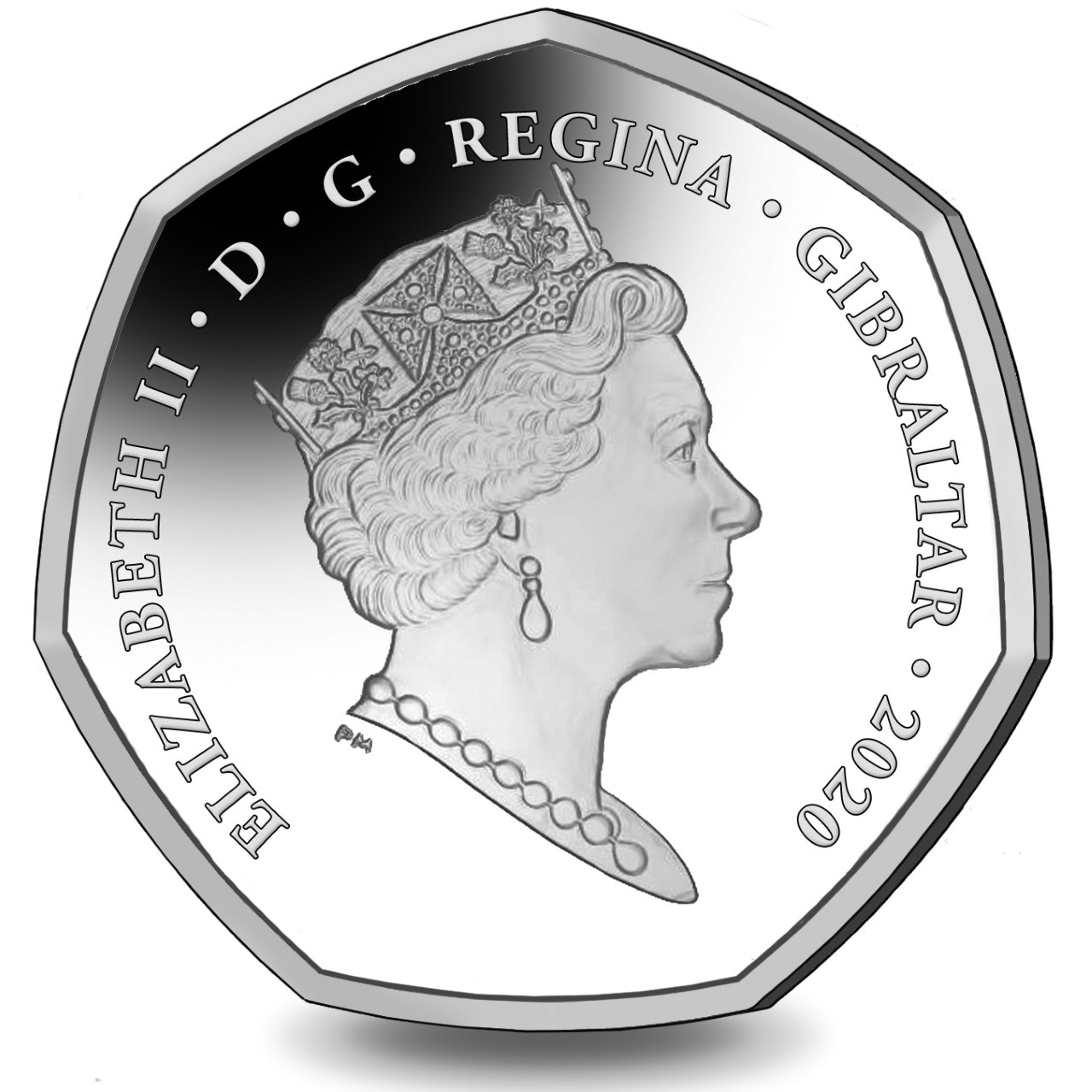 The obverse side includes an effigy of HM Queen Elizabeth II, which is an exclusive design of the Pobjoy Mint. The legend around the Queen’s likeness includes the authority and year of issue. 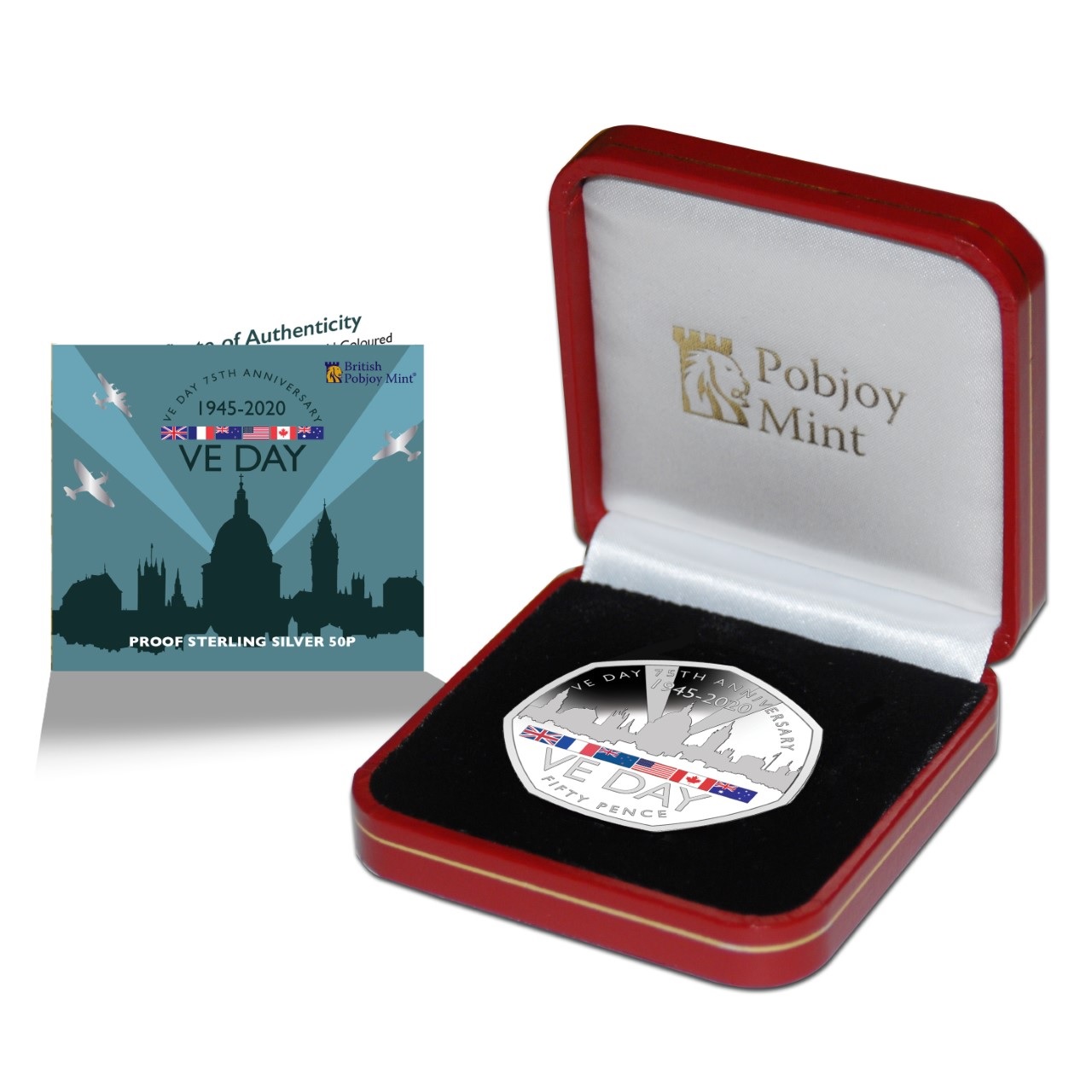 The cupro-nickel Diamond finish, or Brilliant Uncirculated, 50-pence coins are presented in a specially designed pack with illustrations of the 75th-anniversary coin’s primary design. The Proof sterling silver and the Proof sterling silver Piedfort coins are presented in a custom red box with a specially branded certificate of authenticity, which complements the silver edition. For additional information about these coins and others issued by Gibraltar’s treasury, please visit the website of the Pobjoy Mint.

Orders will be dispatched from the 7th May 2020.