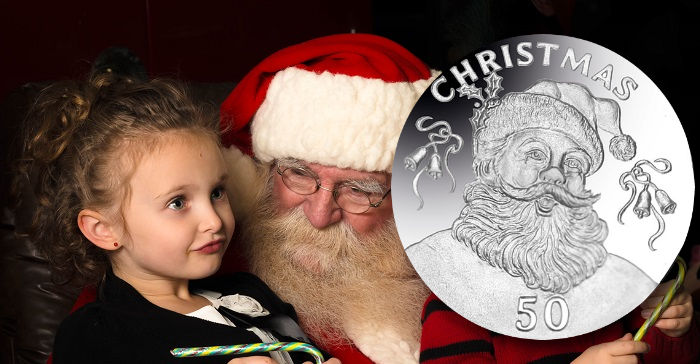 The government and treasury of Gibraltar have issued (13th December) a new 50-pence coin and is their first such coin to celebrate Christmas and the New Year. During the holiday season, coins are often exchanged as gifts since the story of the Nativity teaches that the three kings (or wise men), seeking out the Messiah, came upon the baby Jesus who was born in a manger. As gifts of tribute, they brought with them gold, frankincense, and myrrh which they laid at the feet of the newborn. The gold was perhaps in the form of coin, and we know this story today as the Gift of the Magi. In keeping with contemporary trends, the new Christmas-themed coin upholds a tradition of days gone by. 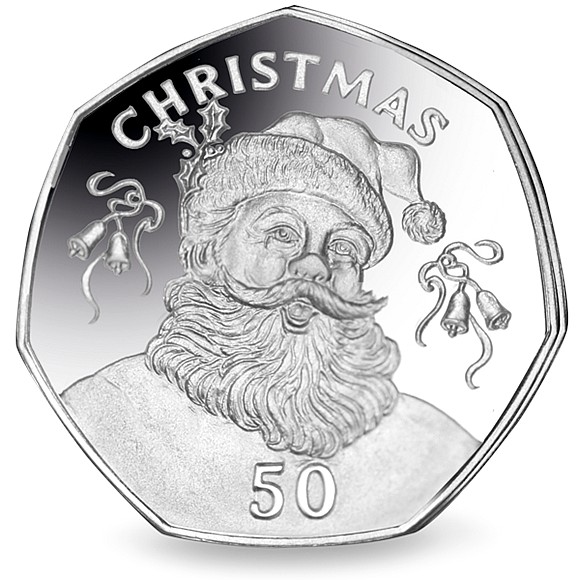 The seven-sided coin is produced by the Pobjoy Mint, UK, on behalf of the treasury of Gibraltar and features the design of a jolly Santa singing Christmas carols on the reverse. In the background, we can see two pairs of decorative bells with the word CHRISTMAS emblazoned above Santa’s head. 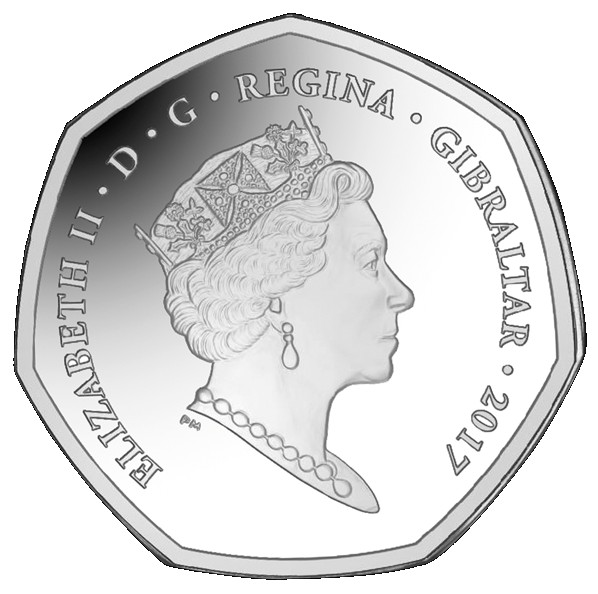 The obverse features an effigy of HM Queen Elizabeth II, an exclusive design from the Pobjoy Mint, along with the denotation of GIBRALTAR and year of issue, which are part of the legend around the Queen’s portrait. 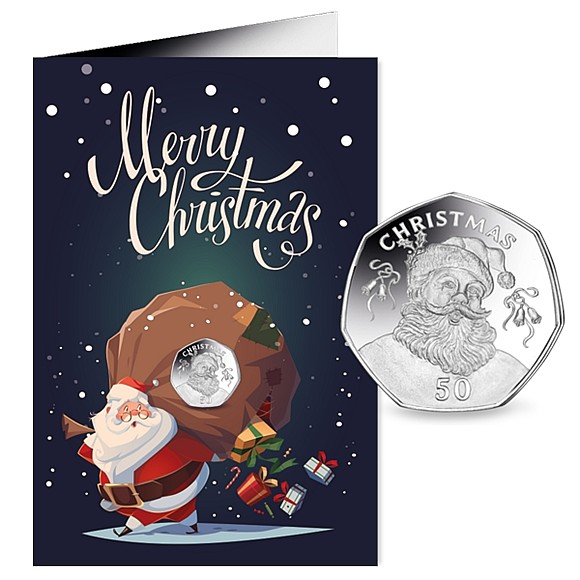 The new collector coin is the first to be produced by the Pobjoy Mint since 2002 and is presented in a festive Santa Christmas card, ready for exchanging with friends and family. The mintage limit has been set at 10,000 pieces. Collectors are reminded that this item is on pre-order which and will be dispatched from December 18th over the following weeks in chronological order. Due to the holiday season, some orders will be dispatched after the New Year. If your order has not been marked as dispatched by December 21st, then these orders will be dispatched in January 2018. For more information on this coin, please visit the website of the Pobjoy Mint.