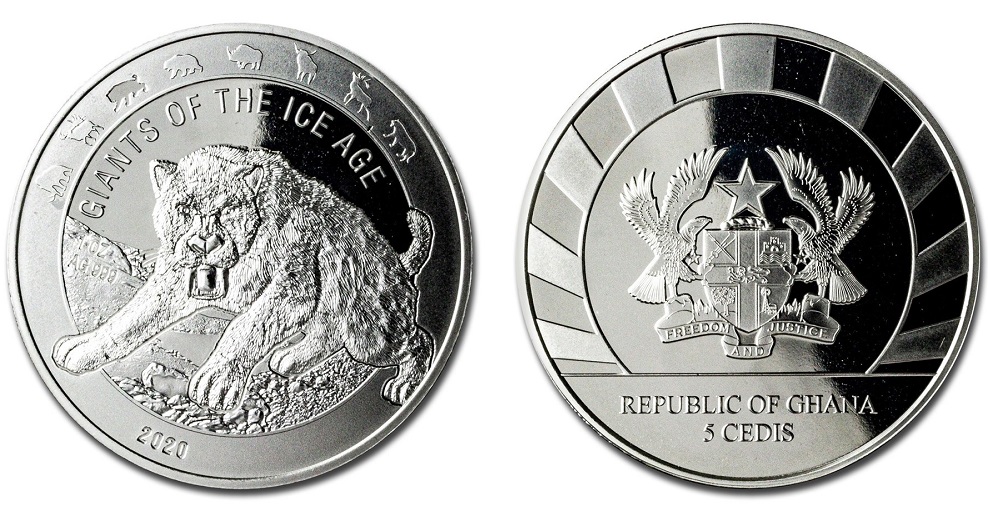 The Bank of Ghana has released their third gold and silver coins which are part of a bullion coin series entitled “Giants of the Ice Age.” The series, when completed, will include eight animals prevalent during the Ice Age. During this time, known as the Pleistocene Era, was the planet’s most recent Ice Age and was a geological epoch that lasted from about 2,580,000 to 11,700 years ago. Towards the end of this Ice Age, a wide assortment of animals roamed the Earth, and several familiar species thriving today are descended from many of these Ice Age ancestors. Curiously, evolutionary changes during the Pleistocene were generally minor because of the short interval of time involved. However, they were the greatest among mammals. In fact, the epoch has been subdivided into mammalian ages based on the appearance of certain migrant or endemic forms. Among one of these species was the sabre-toothed tiger, a large, short-limbed cat that lived in North and South America during the Pleistocene Epoch. About the size of the modern African lion, sabre-toothed tigers represented the peak of sabre-tooth evolution. One of their most prominent features was their immense upper canine teeth, up to 20 centimetres (8 inches) long, which were probably used for stabbing and slashing attacks that may have enabled it to bring down large herbivores such as the mastodon. 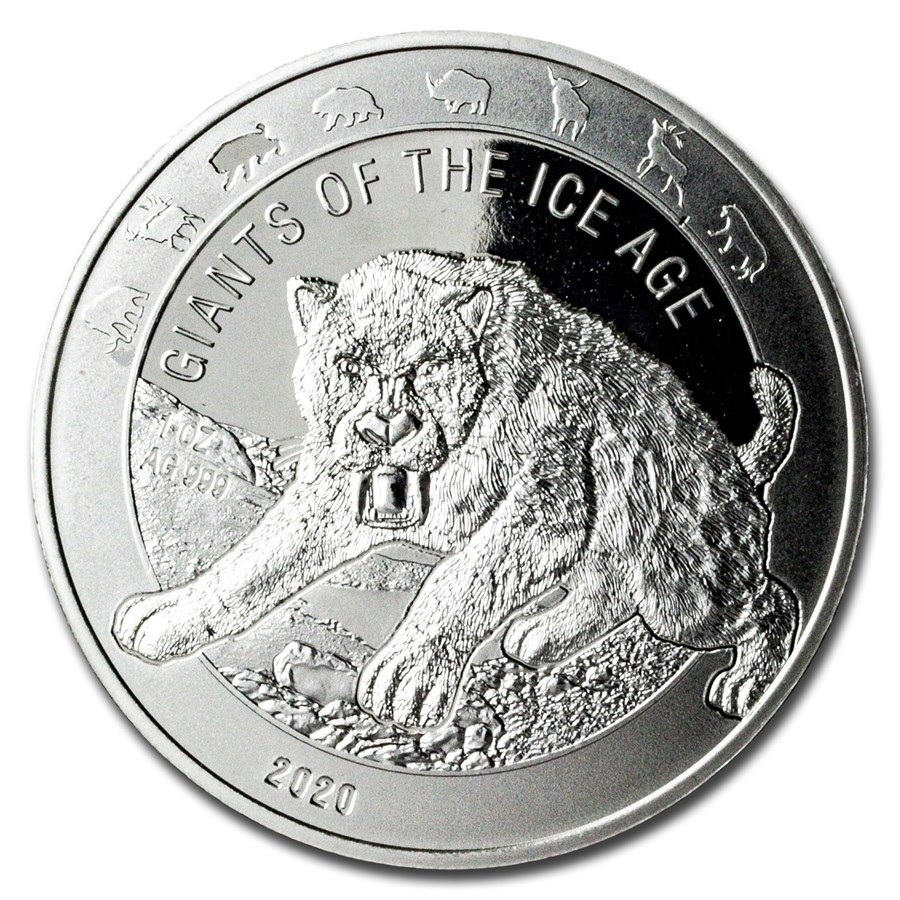 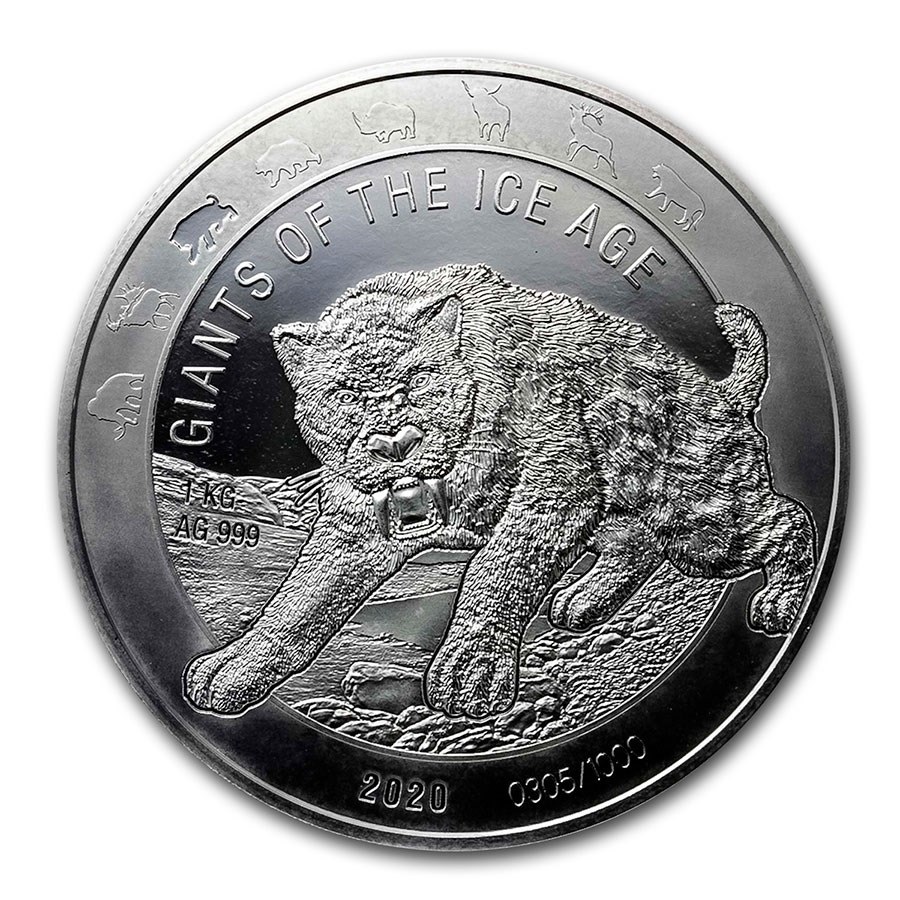 The coins are produced by Leipziger Edelmetallverarbeitung (LEV) GmbH at their facilities In Leipzig, Germany, on behalf of the Bank of Ghana. The obverse side depicts a ferocious pouncing sabre-toothed tiger against the backdrop of rocky terrain. Surrounding the image of the tiger is a semi-circle of symbolic images of extinct animals of the Ice Age, depicted above the primary design. The text included below the symbols reads GIANTS OF THE ICE AGE, with the year placed below the tiger and the metal’s purity placed just to the left and in the field of the overall design. 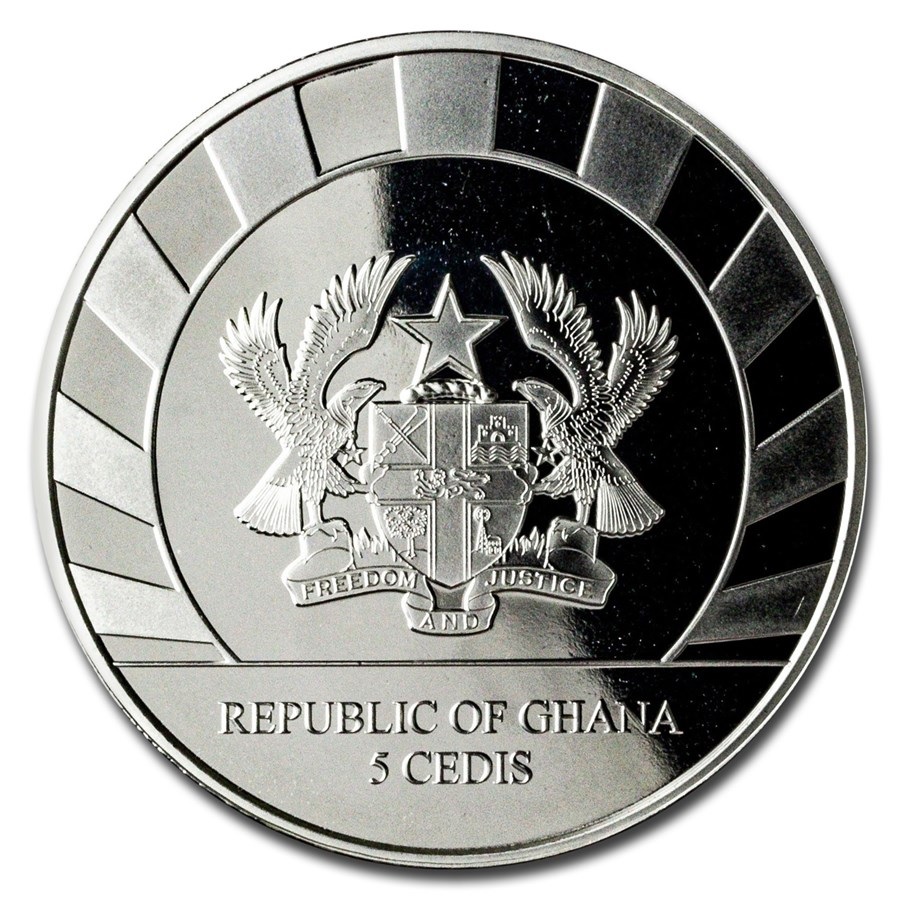 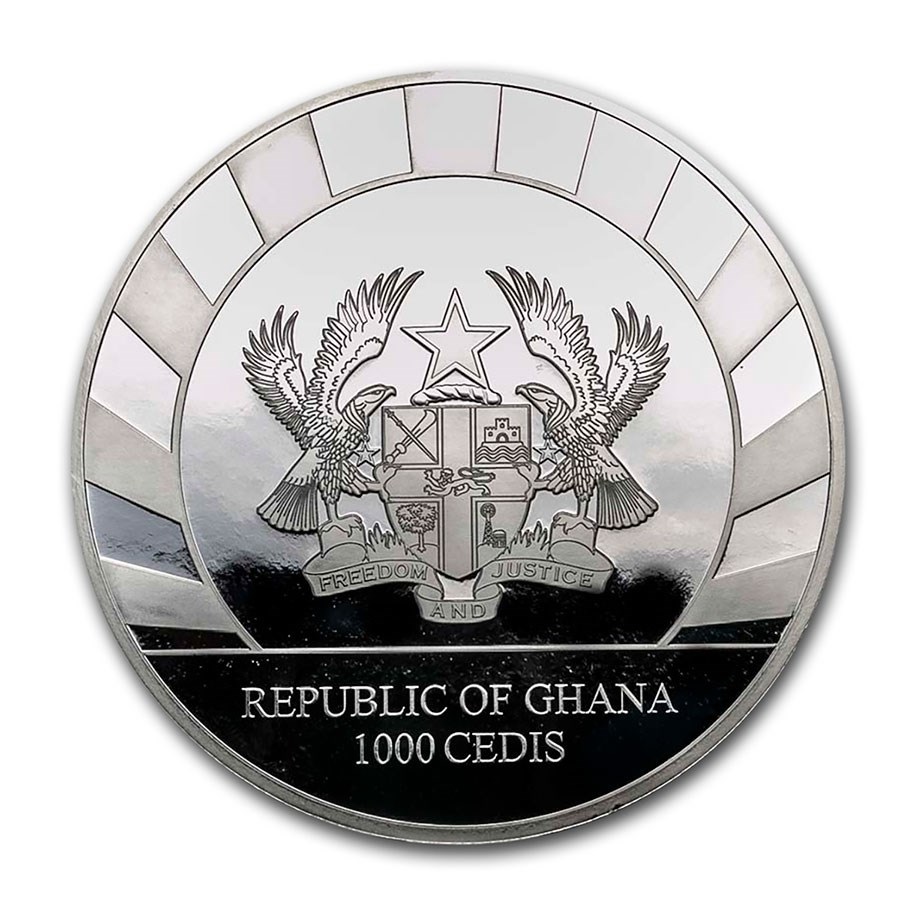 The reverse includes the Ghanaian coat of arms, centred with a series of rays encircling the crest. The denomination of 5 CEDIS (one ounce) or 1000 CEDIS (one kilo) and the text REPUBLIC OF GHANA are seen above the coins’ value. 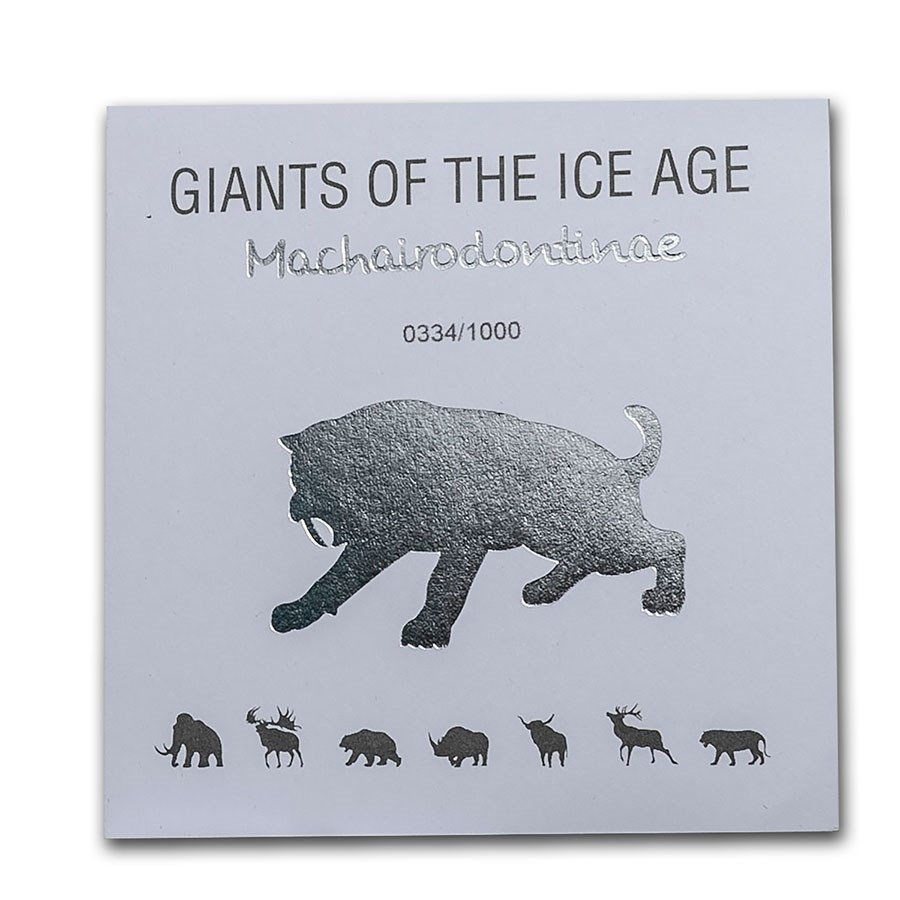 The first coin issued in the series was the Great Horn Megaloceros in 2019; the second was the Woolly Mammoth, also issued in 2019; the third coin was the Sabre-Toothed Tiger dated 2020. Each coin is encapsulated and delivered with a certificate of authenticity. For additional information about this coin and others issued by the Bank of Ghana, please visit the website of APMEX.