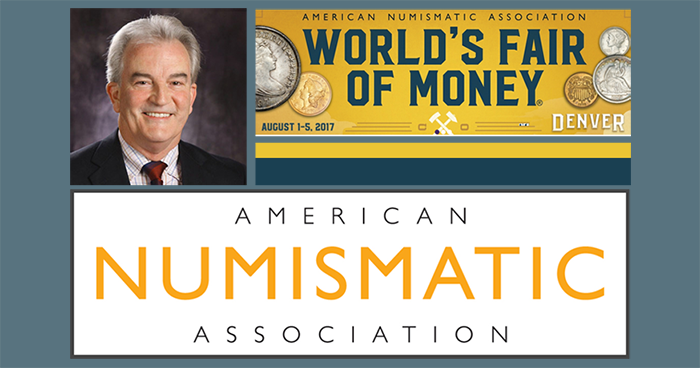 Voting members of the American Numismatic Association (ANA) have chosen three new candidates and six incumbents to the ANA Board of Governors for the 2017–2019 election term.

New members Thomas J. Uram, John W. Highfill, and Brian Hendelson will join Col. Steve Ellsworth, Ralph Ross, Greg Lyon, and Paul Montgomery on the Board of Governors, along with President-elect Gary Adkins and Vice President-elect Don Kagin. Kagin ran unopposed for Vice President. In accordance with ANA bylaws, ballots for uncontested offices are not tabulated; only the first vote is counted in that race.

In the event that a board member cannot fulfill their two-year term, the runner-up will fill the vacant seat for the remainder of that term.

The new board will be sworn in at the annual ANA banquet on Friday, August 4, at the World’s Fair of Money in Denver, Colorado. Adkins will become the association’s 60th president, succeeding current president Jeff Garrett, who will serve as a non-voting, ex-officio member of the board.

Governor Walt Ostromecki has reached his term limit, and Tom Mulvaney did not seek reelection.

ANA members had the option to vote by either electronic or paper ballot. Out of 5,371 total votes, 4,000 were cast by paper ballot, while another 1,371 members voted electronically, representing over 25 percent of votes cast—a marked improvement from the 8 percent cast electronically in 2015.

The American Numismatic Association is a congressionally chartered, nonprofit educational organization dedicated to encouraging the study and collection of coins and related items. The ANA helps its 25,000 members and the public discover and explore the world of money through its array of instructional and outreach programs, as well as through its museum, library, publications, and conventions. For more information, call 719-632-2646 or visit www.money.org.   ❑