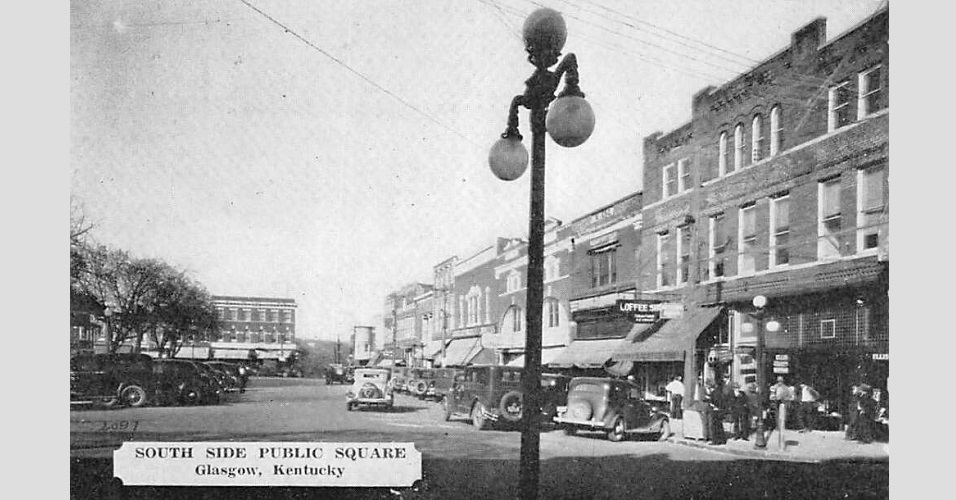 The city of Glasgow, Kentucky, in the early 1900s. Hover to zoom.

When the national census was taken in 1850, William and Elizabeth Landrum—slaveowners originally from Virginia—were living in Barren County, Kentucky. Among their household was a slave couple, owned by Mrs. Landrum, who gave birth in October 1846 to a boy they named Stephen.

The details of young Stephen’s childhood are lost to history. Enslaved blacks accounted for about 20 percent of Kentucky’s population by 1860, many of them in larger cities like Louisville and Lexington, and more on the hemp and tobacco farms of the Bluegrass Region and the Jackson Purchase. We might assume that Stephen’s parents were house servants, but such specifics are buried in time.

What we do know about Stephen’s life begins mostly in early adulthood. Abraham Lincoln’s Emancipation Proclamation didn’t extend to slaves in the border states like Kentucky, but the end of the Civil War brought their freedom. Stephen kept his former owners’ last name, Landrum, and came to live on Dog Alley in the black section of Glasgow, off what is today James Street. 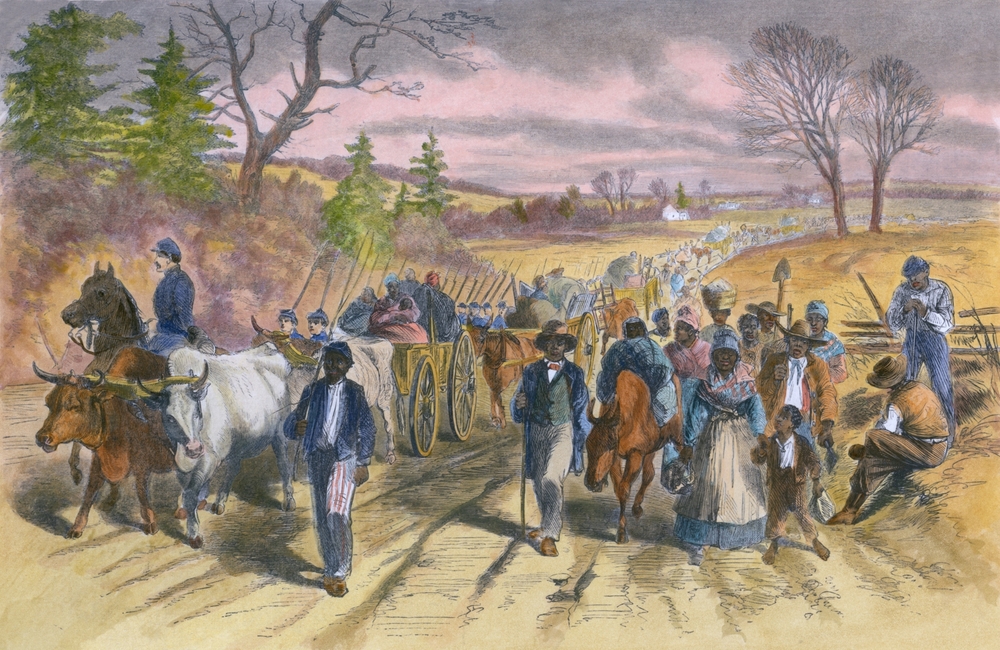 Stephen Landrum couldn’t read or write, but he had a head for math and didn’t need paper and a pencil to make calculations. He never had children, instead investing his time and energy into other pursuits—most notably, carefully managed real-estate transactions and rentals. Because he barely trusted banks, he kept his money in cash, and that’s how he made his purchases and sales. By the time he died in 1923, he’d amassed a fortune of $100,000 and was one of the wealthiest black men in Glasgow. He was also extremely generous. “Uncle Steve” is how he was known. 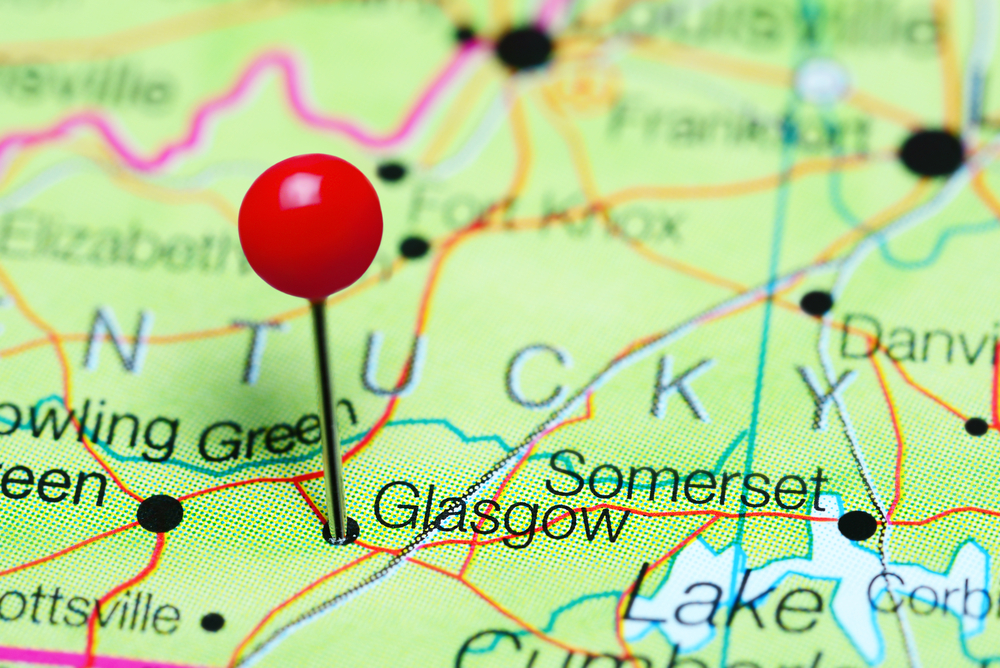 Although Landrum didn’t trust banks, he trusted his local attorney of 20 years, the Honorable Mr. E.H. Smith, later editor of the Kentucky State Bar Journal. After Landrum died, Smith recounted some of his eccentricities around money. “I have seen ‘Uncle Steve’ take money to the bank in a half-gallon tin bucket, and the money would literally be so old, worn, and dirty, that the bank would at once forward it to Washington for redemption.”

Cash was king to Uncle Steve Landrum, who didn’t put much trust in banks. (Pictured: a 1902 Plain Back $20 note of the First National Bank of Glasgow, courtesy of Stack’s Bowers Galleries.)

“His wealth was almost all invested in real estate,” Smith later recalled, “and his income was about five hundred dollars per month. Each year . . . I made out his return for him. He would come to my office without a single written memorandum. I would procure an income tax blank, and our conversation would run something like this:

‘Uncle Steve, how much did you collect for rent last year?’ Then without the slightest hesitation, he would reply: ‘Five thousand eight hundred and ninety-six dollars and twenty-five cents.’ ‘Did you make any repairs?’ ‘Yes, sir, spent three hundred and forty-four dollars for repairs.’

“And so it would go, through each question contained on the income tax blank, and before I could calculate the net income and the tax thereon, he knew what it was. I have never known another man, white or black, who could keep his business in his mind like that.” 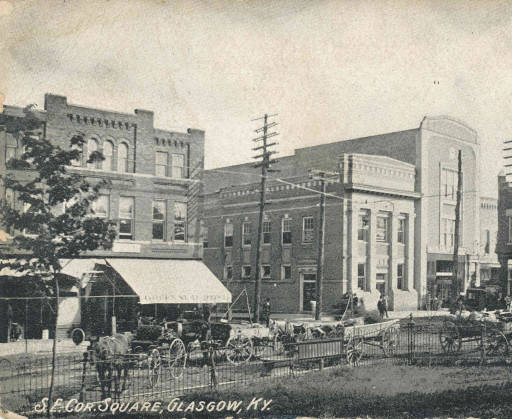 Glasgow’s Courthouse Square in the early 1900s, when Uncle Steve Landrum made a living as a property owner. (Courtesy of the Kentucky Historical Society.)

In his book Lost and Found Coin Hoards and Treasures, Q. David Bowers shares a 1996 letter from coin collector Bob Ross, who recalled opening a pool room in Glasgow, Kentucky, in 1954. “A man walked in and wanted to sell some gold and silver coins to me,” Ross remembered. “They all looked like they were just minted, and some were over a hundred years old.” Where had the coins come from? “The man I bought these from had been on a construction site when a bulldozer pushed an old shack and the contents into a 20-foot dug water well. He spotted some coins on the path to the well and picked them up. The owner of the property arrived shortly afterward and found enough one-dollar gold coins to make his wife a necklace. He picked up several other gold and silver coins as well. Apparently, the coins were dropping out of an old wood stove that years earlier had been used to heat the now long-abandoned building. It was later learned that any time the old black man, Stephen Landrum (‘Uncle Steve’), who lived there, received money, he would exchange most of the bills for coins. The story was that most of the coins are still down at the bottom of the well. Maybe yes, or maybe no.” 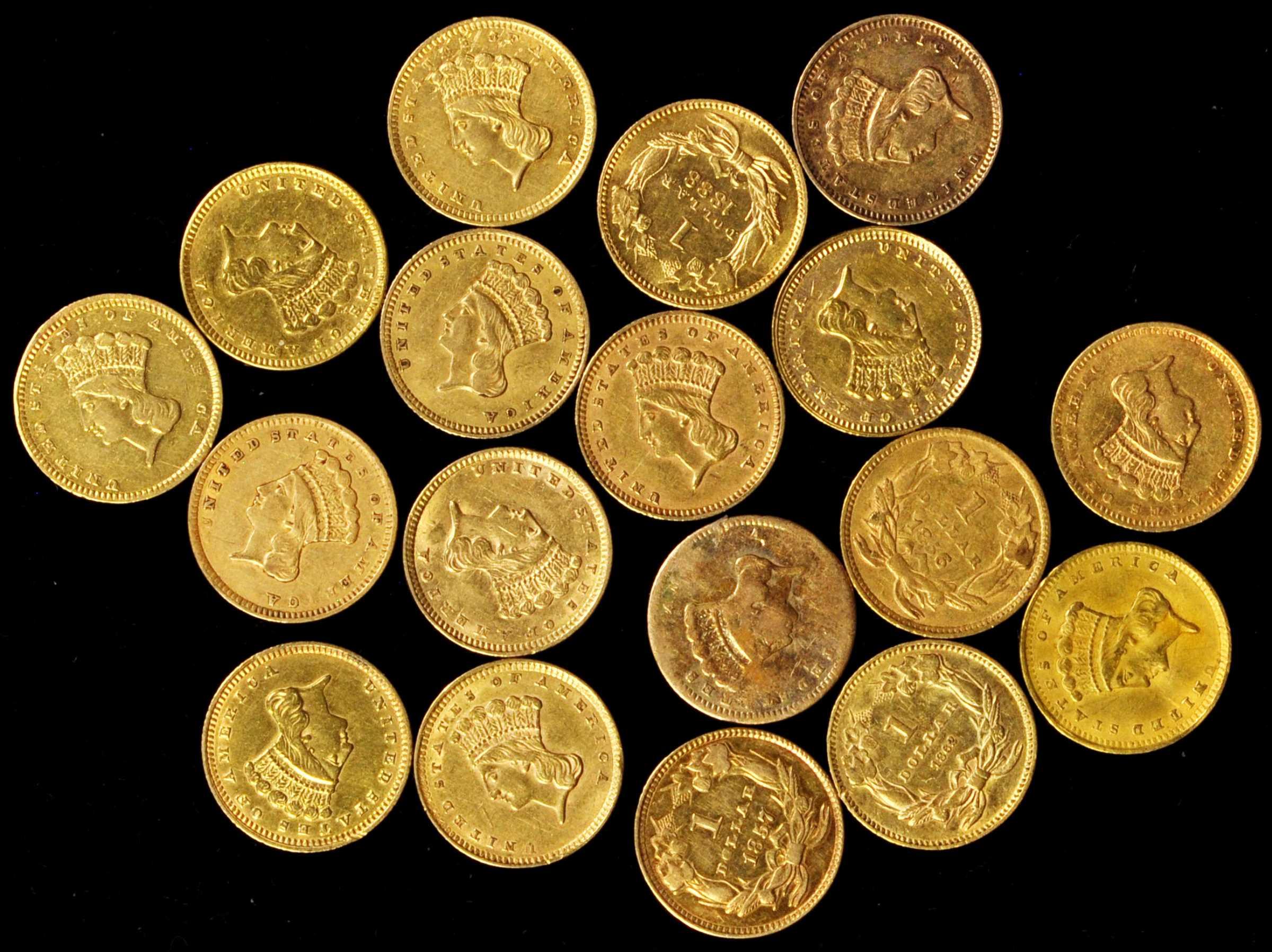 Uncle Steve’s preference for keeping gold and silver coins and doing business in cash was confirmed by his attorney, Mr. Smith, writing in the Kentucky State Bar Journal in 1940. “One time I helped him in his negotiations to purchase a house in Glasgow for which he was to pay forty-five hundred dollars,” Smith reminisced. “The deed was drawn and ready for delivery and it was time for ‘Uncle Steve’ to pay. ‘Just wait a little while, and I’ll be back.’  He was gone some fifteen or twenty minutes, and when he returned he had exactly forty-five hundred dollars in a little split-bark basket with a napkin over the money. There was nothing larger than a ten-dollar bill in the basket and there were many ones and several double hands full of silver.”

When Smith drew up Uncle Steve’s will a few years before his death, he charged him $25 for the service. Uncle Steve paid him with 250 silver dimes. 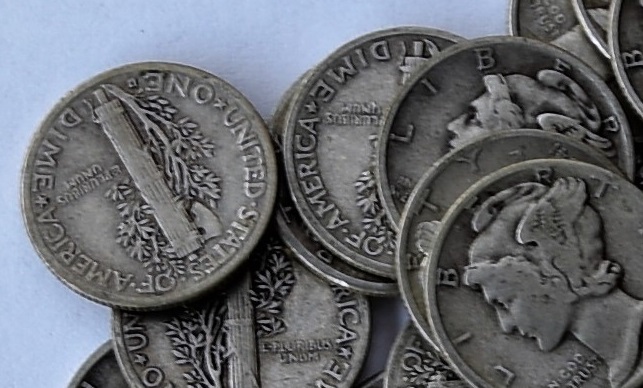 His will included two unusual provisions: If any inheritor contested the proceedings, they would be paid nothing at all; and he would permit no frivolous expense at his funeral. “Uncle Steve no more wanted to be buried in an expensive casket than he wanted to live in a fine home,” Smith recalled of his modest client.

Still, the humble real-estate man was no miser. Once Landrum asked Smith to go to Ohio to help some of his family out of trouble. Smith calculated the railroad fare, hotel, and other expenses, and estimated $100 for the trip. Uncle Steve counted out $150 in bills, saying, “When you travel for me, I want you to travel right.”

“Uncle Steve” Landrum preferred to buy and sell in cash. Once, for a real-estate deal, his lawyer watched him produce $1,500 in paper money from the pockets and folds of his clothes—none of it larger than a $5 bill. (Pictured: a $1 note of the First National Bank of Nicholasville, Kentucky, courtesy of Stack’s Bowers Galleries.)

Another time a niece in Louisville wrote Uncle Steve a friendly letter of family news, which, being illiterate, he asked Attorney Smith to read to him. In the letter, his niece mentioned that her children had colds because the roof of her home leaked and the floor had holes, and the landlord wouldn’t make repairs. Uncle Steve thought for a moment, and then asked Smith to go to Louisville and buy a house. Budget? Up to $5,000—but be sure to get his money’s worth! Smith did so, paying $3,000 for a house on Zane Street, which Uncle Steve deeded to his niece. He never saw it in person.

The old man was no pushover, though. Mr. Smith said the only time Uncle Steve walked with a cane was every Sunday morning—the morning he would make his rounds collecting rent. His renters knew the sound of that walking stick rapping at the door, and they would come out with cash in hand. Said Smith: “Woe betide the luckless renter who didn’t have it.”

But do him right, and Uncle Steve was “politeness itself,” Smith said. Although he never loaned money, he gave generously and thought of others. Smith described him as “a benefactor” and “very charitably inclined.”

30 years after Uncle Steve Landrum passed, a Glasgow businessman bought an 1850 half dollar (like the one pictured here) rumored to come from the old man’s hidden stash. (Courtesy of Stack’s Bowers Galleries.)

“Before he died, he had given every relative he had a home,” Smith said. The former slave with a head for numbers sold a business house in Glasgow for $9,000, with payment demanded in good old-fashioned cash, of course. “He brought this cash to my office,” the attorney recounted, “and he and I divided it among his relatives, with instructions that each should buy himself a house.”

Uncle Steve bought land and built a two-story school for the use of black students. In his will, he set money aside to maintain it.

Recognizing the generosity of this extraordinary, gifted, and modest man, the city of Glasgow named Landrum Street in his honor, on the eastern edge of the Ralph Bunche Historic District.

As Bob Ross tantalized in his letter to Dave Bowers, there might still be more of Uncle Steve Landrum’s coins and paper money hidden away in Glasgow, Kentucky. Whether so or not, the big-hearted man’s real treasure is in his legacy. He enriched generations of black Kentuckians through his intelligent investments and his generous soul.

On March 23, 2021, Governor Andy Beshear commissioned Whitman Publishing’s Dennis Tucker as a Kentucky Colonel—the highest honor awarded by the Commonwealth—in recognition of his career in book publishing and for promoting knowledge of Kentucky’s status as an important subject within American numismatics. Tucker’s column “From the Colonel’s Desk” explores the rich history of Kentucky embodied in coins, tokens, medals, paper money, private currency, and related artifacts of material culture.

From the Colonel’s Desk: A new year for Kentucky numismatics

Bowers on Collecting: Some comments on coin buying