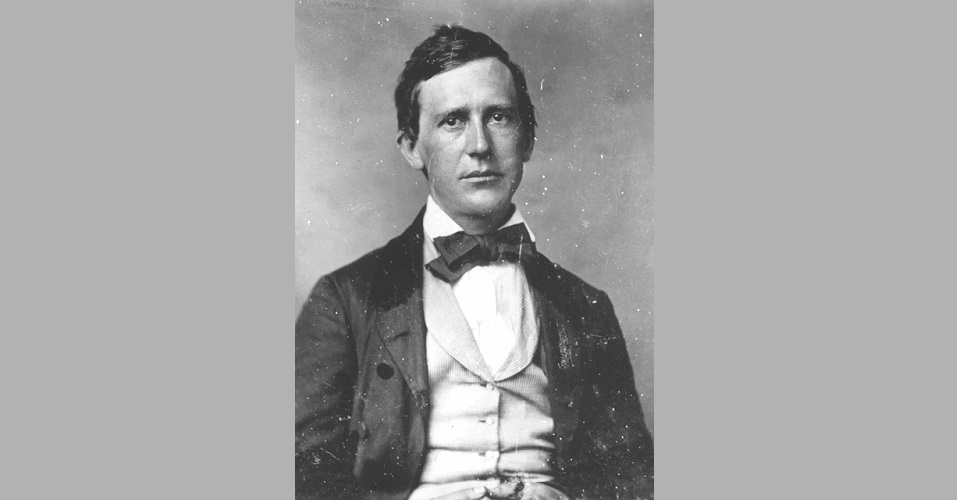 The United States Mint has issued congressionally authorized commemoratives since 1892. The first such “souvenir coins” were for the World’s Columbian Exposition held in Chicago. Others followed to celebrate General Lafayette, the Louisiana Purchase, Ulysses Grant, California’s diamond jubilee, and other people, places, and events.

As Q. David Bowers has said (in his magisterial Expert’s Guide to Collecting and Investing in Rare Coins), “There is no doubt that viewing a collection of commemoratives is like going to an art gallery: All sorts of things are represented—the good, bad, and ugly, the talented and naïve, the relevant and irrelevant. As such, the series is fascinating to contemplate.”

One of many interesting commemorative coins hails from 1936. The Cincinnati Music Center silver half dollars were issued not for any great historical event, but as a personal undertaking to make money for Thomas G. Melish, an Ohio businessman and numismatist. By the 1930s the nation’s commemorative coin program had been occasionally abused by such selfish interests. (The program is run much more professionally today, with better government oversight, making boondoggles impossible.)

Melish cooked up a plan involving a group called the Cincinnati Musical Center Commemorative Coin Association (which he formed.) He convinced Congress to authorize a coin celebrating “the 50th anniversary of Cincinnati, Ohio, as a center of music, and its contribution to the art of music for the past 50 years.” The CMCCCA was allowed to buy the entire mintage of coins, to resell them for a profit.

Charles Moore, who chaired the U.S. Commission of Fine Arts (which advises the government on coin designs), couldn’t find anyone in Cincinnati’s musical world who was deeply involved in planning for the new coin. Nor could anyone unearth any reasonable support for Cincinnati as “A Music Center for America,” much less for the golden anniversary of that status! The Commission refused to recommend any of the proposed designs, and objected to the coin’s themes. The choice of portraiture—a profile of Stephen Foster, who barely had any connection to Cincinnati—and a goddess playing the lyre didn’t inspire much confidence in the commemoration. 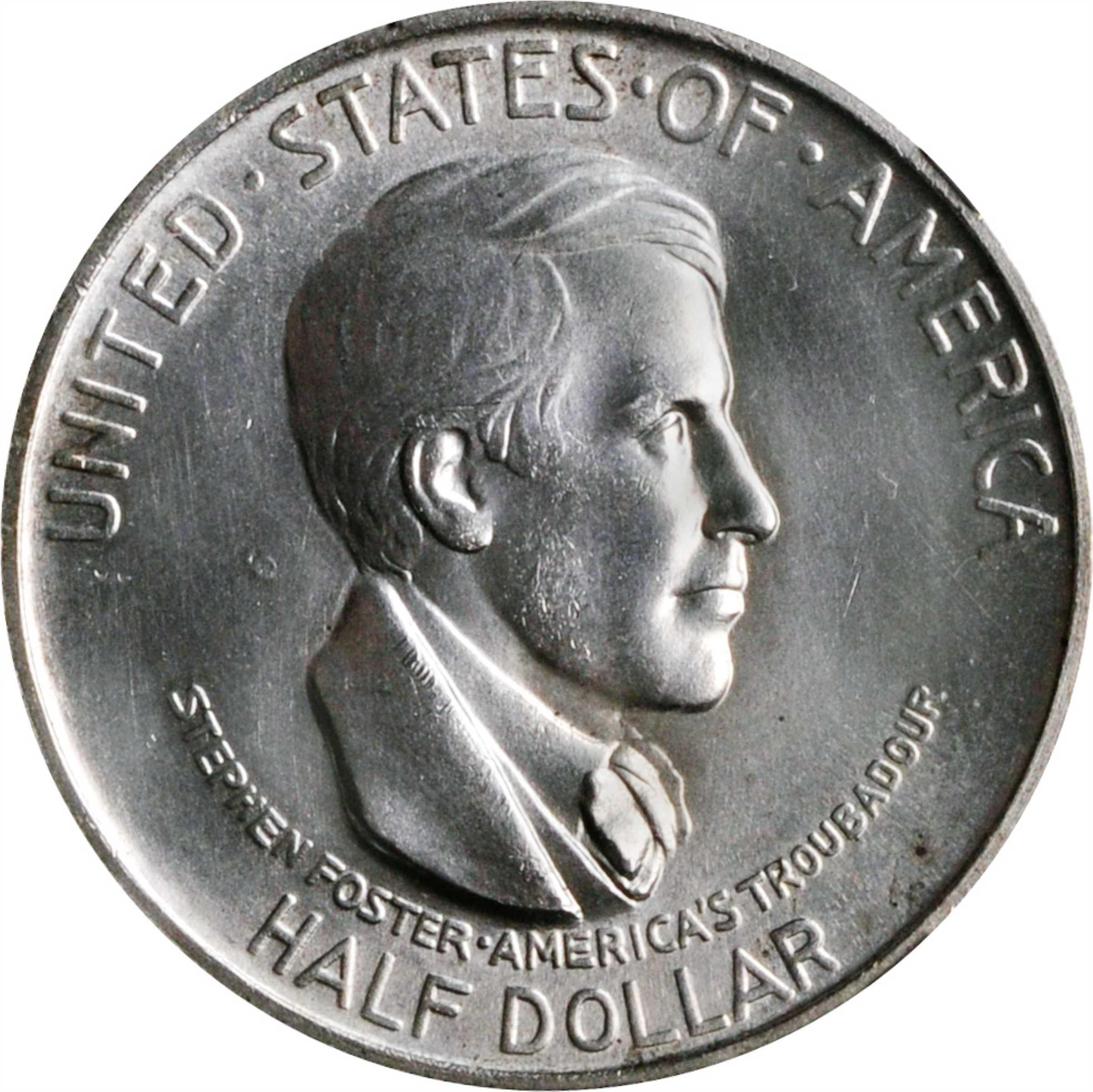 The obverse portrait of Stephen Foster on the 1936 Cincinnati Music Center half dollar. (Courtesy of Stack’s Bowers Galleries.) Hover to zoom.

Of course, the Mint didn’t need the Commission of Fine Arts’ approval to make the coins. Congress had already said they would be made. In due course, 5,000 three-coin sets were produced, with the coins minted at Philadelphia, Denver, and San Francisco. Melish advertised the sets at $7.75, a high price at the time, but he didn’t sell many at that level—instead, he almost immediately announced a sellout and started returning payments with a “Sorry to disappoint you” letter.

Collector interest was piqued by what seemed like high demand and rarity, and prices on the secondary market skyrocketed to $40 or more. Melish and his cronies, however, had actually held back thousands of the coin sets, and they carefully parceled them out into the market at inflated prices. 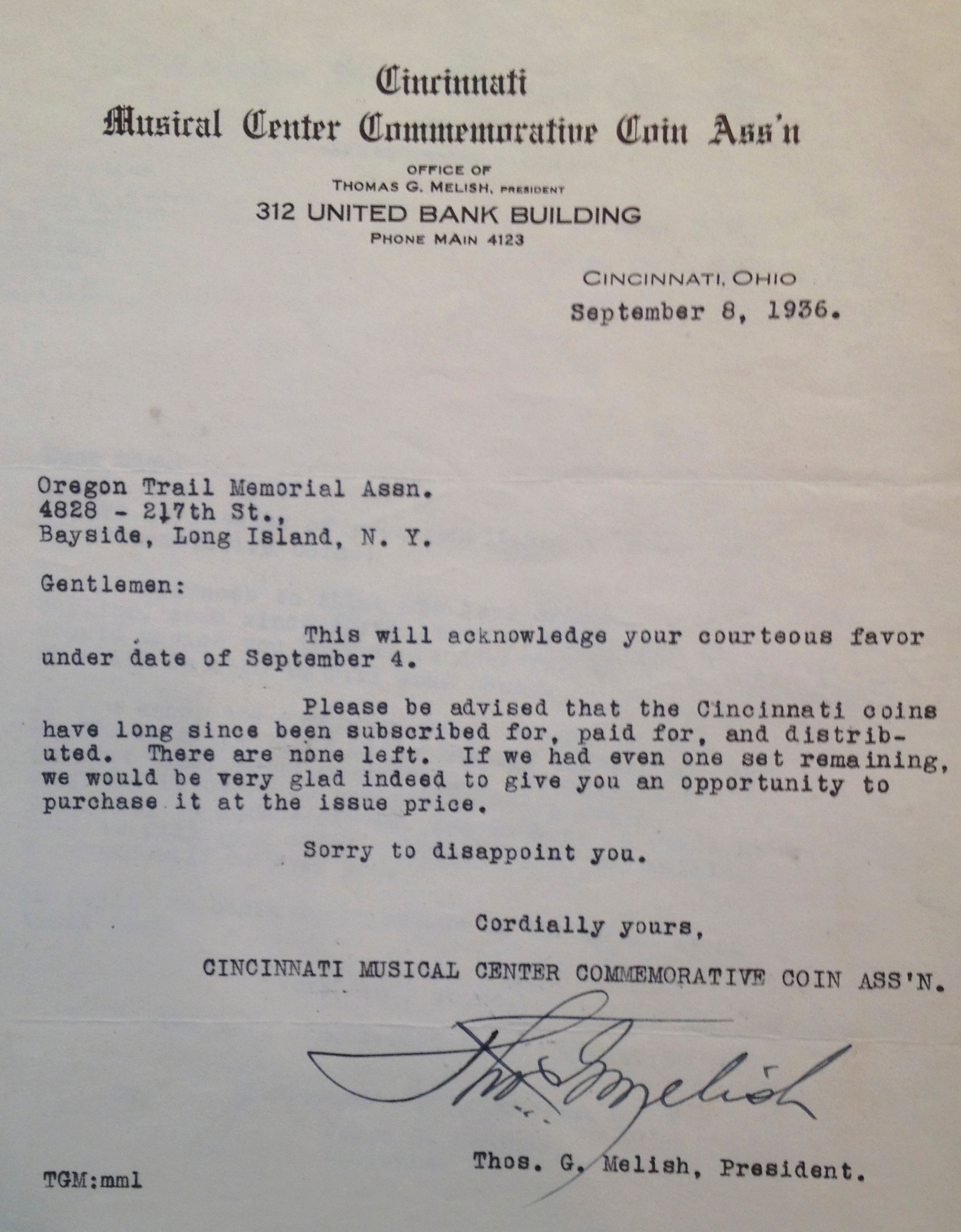 Within the coin-collecting community, Thomas Melish has become a maligned name, and the Cincinnati Music Center half dollar is often used to illustrate how the nation’s commemorative coin program went wrong in the 1930s.

The coins themselves are prized by collectors today, though, and are worth hundreds of dollars in Uncirculated condition.

The reverse of the coin, showing the Goddess of Music playing a lyre. (Courtesy of Stack’s Bowers Galleries.)

Kentucky’s connection to the 1936 Cincinnati Music Center half dollar comes through Stephen Foster. Identified on the coin as “America’s Troubadour,” Foster famously composed an abolitionist ballad called “My Old Kentucky Home, Goodnight,” which became popular across the country in the 1850s. Foster was related to the owners of Bardstown’s Federal Hill mansion. The troubadour was said to have visited that fine estate, and after the Commonwealth of Kentucky bought the mansion it was declared a historic site and renamed “My Old Kentucky Home” in 1923. Foster’s sentimental ballad became Kentucky’s state song a few years later.

His connection to Cincinnati? He’d lived there briefly while working as a bookkeeper.

If Thomas Melish could call Cincinnati the music center of America, maybe the Bluegrass State can unofficially claim his coin and call it the Stephen Foster / Old Kentucky Home half dollar! 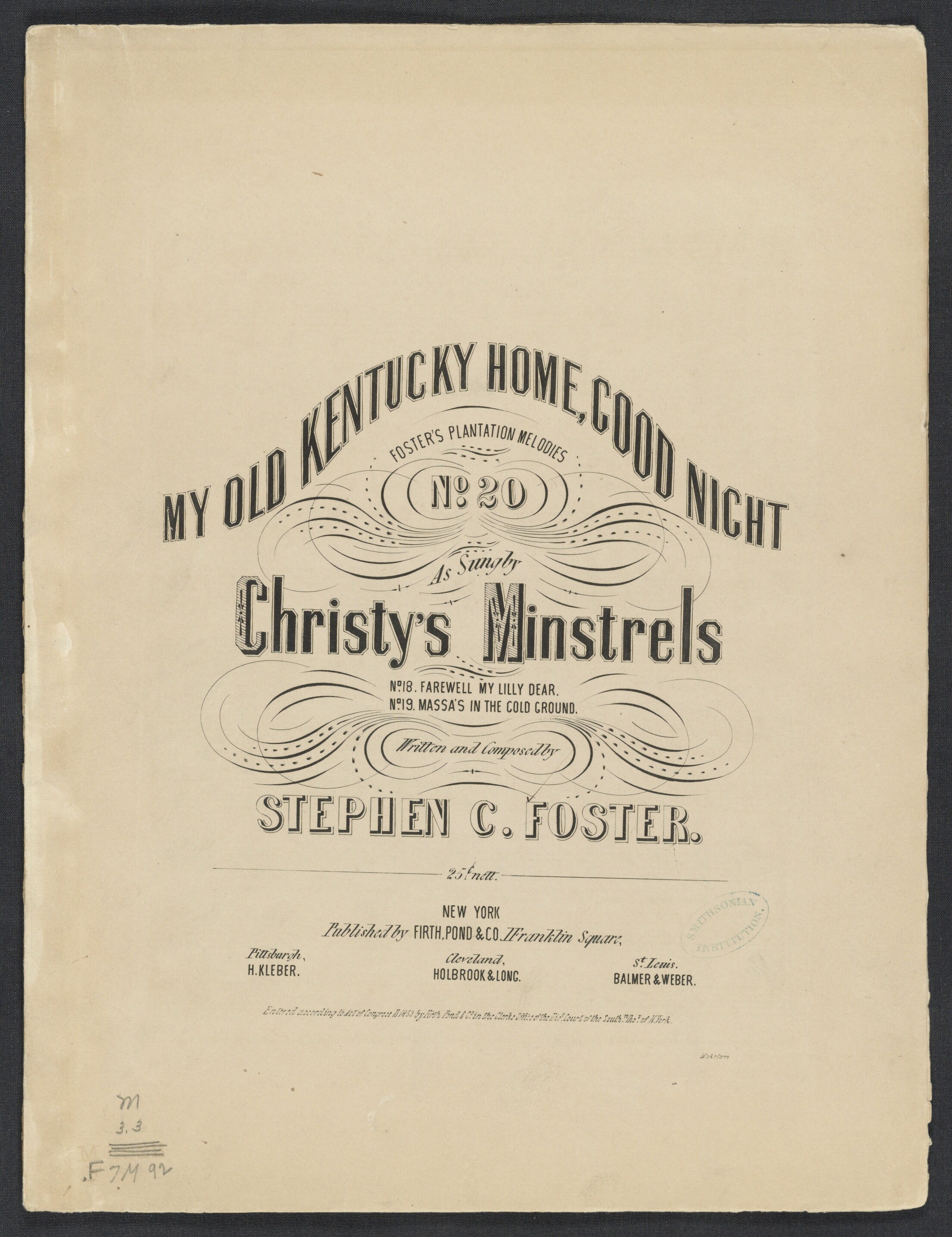 Sheet music of Stephen Foster’s “My Old Kentucky Home, Goodnight.” (Courtesy of the Library of Congress.)

On March 23, 2021, Governor Andy Beshear commissioned Whitman Publishing’s Dennis Tucker as a Kentucky Colonel—the highest honor awarded by the Commonwealth—in recognition of his career in book publishing and for promoting knowledge of Kentucky’s status as an important subject within American numismatics. Tucker’s column “From the Colonel’s Desk” explores the rich history of Kentucky embodied in coins, tokens, medals, paper money, private currency, and related artifacts of material culture.

From the Colonel’s Desk: A new year for Kentucky numismatics