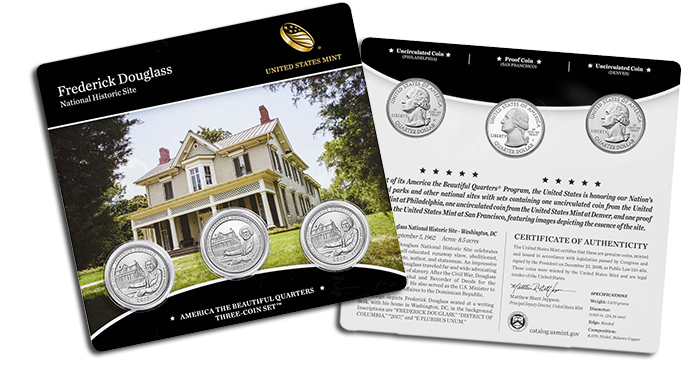 The U.S. Mint will open sales for the 2017 America the Beautiful Quarters Three-Coin Set–Frederick Douglass National Historic Site (product code 17AE) on April 24 at noon Eastern Time (ET). The coin is the second ATB quarter in 2017 and the 37th in the America the Beautiful program overall. A succinct biography of Frederick Douglass is available on the national historic site’s web page, which is maintained by the National Park Service. 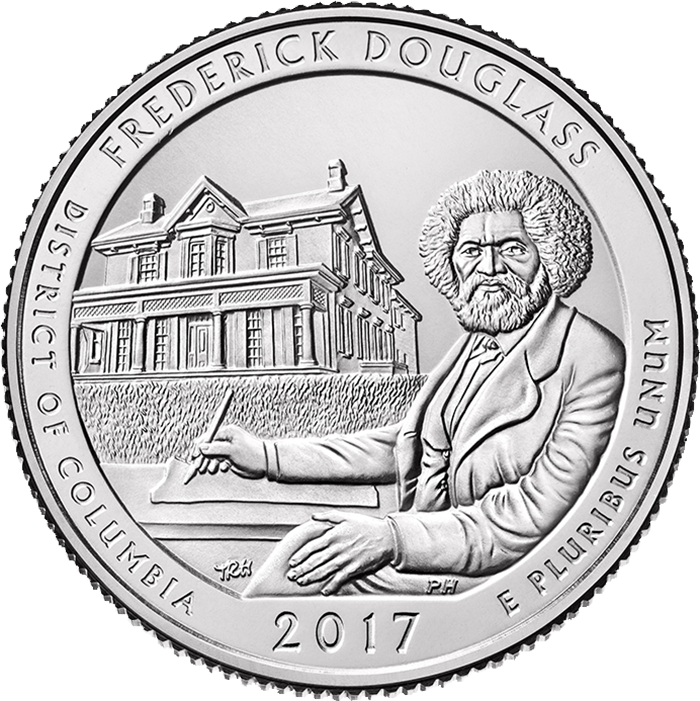 The reverse was designed by Artistic Infusion Program artist Thomas R. Hipschen. The design places Douglass to the right of the field in a three-quarter profile toward the left, seated at his writing desk. His left hand rests on his knee, while his right holds a pen to paper on the desk top. In the background is his Washington, D.C., home, Cedar Hill, which is also depicted on the card that holds the three coins. The legend surrounding the field reads, in three parts, FREDERICK DOUGLASS, DISTRICT OF COLUMBIA, and E PLURIBUS UNUM, with the date of issue, 2017, below the main design. 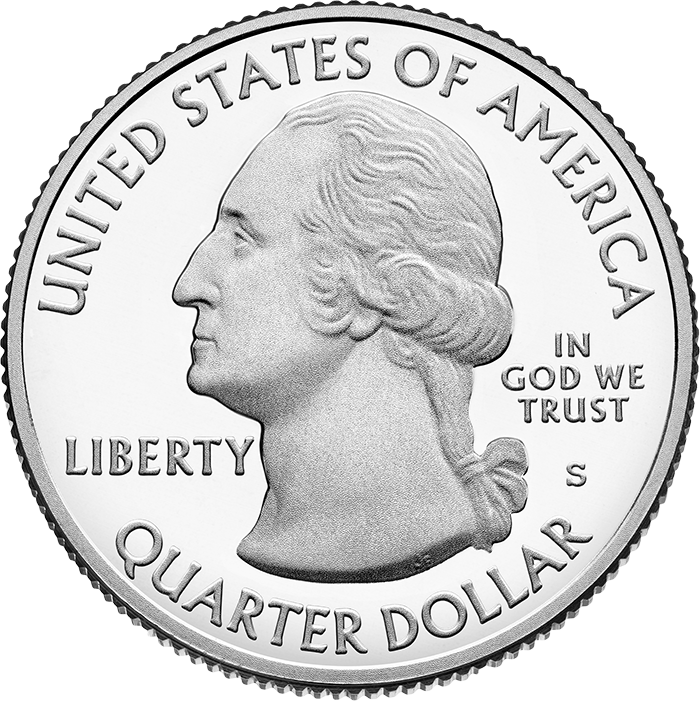 The obverse features the left-facing profile portrait of George Washington originally created by John Flanagan in 1932 and updated by William Cousins in 1999, at the start of the 50 State Quarters Program. UNITED STATES OF AMERICA appears above the portrait and QUARTER DOLLAR below, with LIBERTY to the left and, in three lines, the national motto, IN / GOD WE / TRUST, to the right. The mintmark (P, D, or S) appears below the motto.

Orders will be accepted at https://catalog.usmint.gov/ and at 1-800-USA-MINT (872-6468). Hearing- and speech-impaired customers with TTY equipment may order at 1-888-321-MINT. Information about shipping options is available at https://www.catalog.usmint.gov/customer-service/shipping.html.

The America the Beautiful Quarters Three-Coin Sets can also be purchased through the United States Mint Product Enrollment Program. For more information about this program, please visit https://catalog.usmint.gov/root/enrollment.html.

About the United States Mint
The United States Mint was created by Congress in 1792 and became part of the Department of the Treasury in 1873. It is the nation’s sole manufacturer of legal tender coinage and is responsible for producing circulating coinage for the nation to conduct its trade and commerce. The Mint also produces numismatic products, including Proof, Uncirculated, and commemorative coins; Congressional Gold Medals; and silver, gold, and platinum bullion coins. Its numismatic programs are self-sustaining and operate at no cost to taxpayers. The Mint is celebrating its 225th anniversary this year (#USMint225).   ❑
Share: