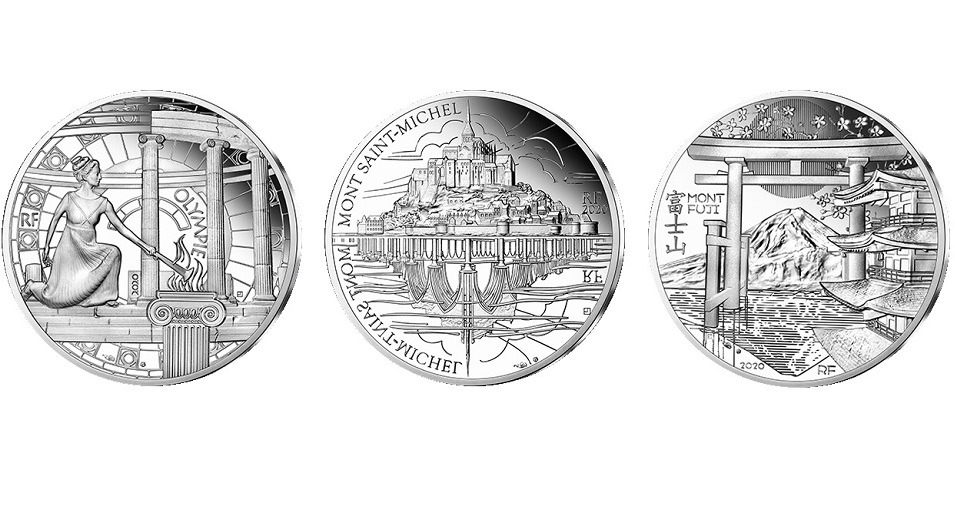 The Monnaie de Paris (MdP) has released (July 7th) the first of a three-coin set struck in gold and silver, which highlights world landmarks associated with the United Nations Educational, Scientific, and Cultural Organization (UNESCO) list of sites known as “World Heritage.” The initial series began in 2014 with the MdP’s UNESCO gold and silver Proof coin series that focused on French World Heritage sites and concluded in 2018. In 2019, the series extended its focus to World Heritage Sites outside France with the first set of coins highlighting the Tower of Belém on the banks of the Tagus in Lisbon, Portugal. This year, the series visits three specific locations, namely Mount Olympus in Greece, San Michel in France, and Mount Fuji in Japan.

The first of the three locations, Mount Olympus, is befittingly featured during what was to be the year of the XXXII Olympiad, hosed in Tokyo, Japan. The Olympic Games were born in Olympia, Greece, in 776 BC, and took place every four years on the site until 393 AD. In Ancient Greek mythology, fire had divine connotations and was thought to have been stolen from the gods by Prometheus. With the rebirth of the Olympic Games, known as the modern Olympiad, the tradition continues as is had in ancient times with the lighting of the Olympic torch at Olympia.

Initially, with the revival of the modern games in Athens in 1896, there was no Olympic flame but only a procession of lanterns through the city. It wasn’t until the Amsterdam Games in 1928 when the Olympic flame burned above the stadium, and even then it was lit not by the actual flame from Mount Olympus, but by a switch. It wasn’t until the Games in 1936 when Berlin became the first host city to welcome an Olympic flame carried in by a relay of runners from Olympia; the flame being created by solar reflection provided by a parabolic mirror. Due to the worldwide pandemic of the Wuhan strain of COVID-19, the summer Games have been delayed exactly one year from the initial dates of the July 23rd.

The obverse side of the coins is designed by Joachim Jimenez of the Monnaie de Paris, which blends various evocative symbols of the site, classified since 1989 as a UNESCO World Heritage Site. The remains of ancient monuments, the Olympic flame and a priestess of Olympus who is lighting her torch features as the central motif. In the background, the geometric shapes refer to the Greek amphitheatres and the early Olympic stadiums. In the centre, in a circular shape, is the text OLYMPIE and near the priestess’ knee is the year of issue, 2020, in a vertical direction.

The reverse side brings together a representation of a globe and a selection of the names of the various sites the coin series will include in the coming releases. To the left of the text of place names is the inscription PATRIMONIE MONDIAL (“World Heritage”), along with the insignia of the UNESCO organisation and the denomination of the coins, 10 EURO (silver) or 50 EURO (gold).

The first release will be followed by two additional issues this year which will include: 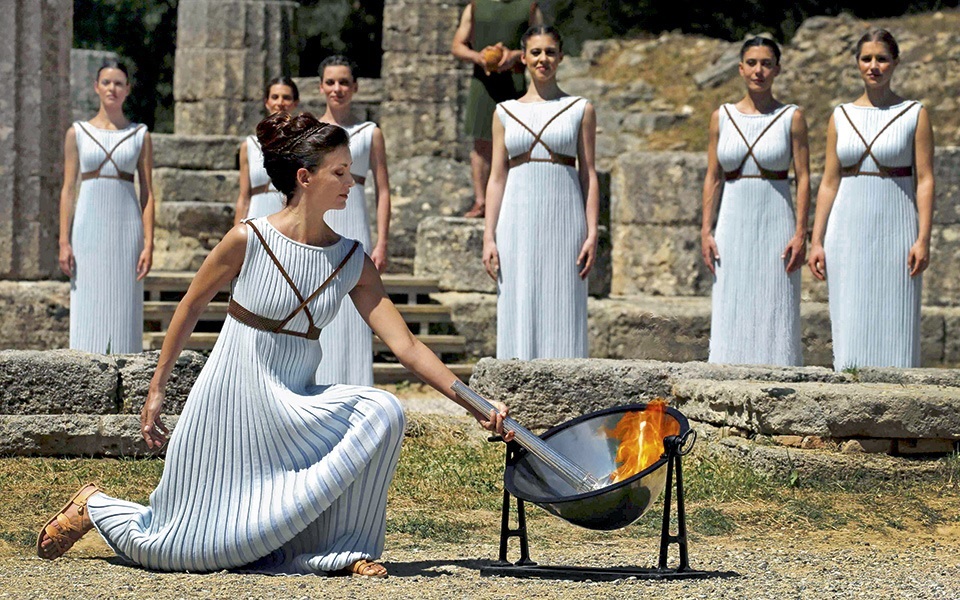 Listed since 1979, the Mount Saint-Michel represents an architectural jewel of a great variety in so far as its construction took place over several centuries since 966. Depicted on the obverse side of the coins is Mount Saint-Michel, dominated by its abbey.

A World Heritage Site since 2013, Mount Fuji is one of the most representative international symbols of Japan. The obverse side of the coins is the Chureito Pagoda, which enjoys an unobscured view of the sacred mountain, accompanied by a torii topped with a branch of cherry blossom; two other major symbols of the Land of the Rising Sun.

For additional information about this coin, and the complete set of the 2020 UNESCO gold and silver coins, please visit the website of the Monnaie de Paris.