The Royal Mint has made available a variety of final edition sets which include the ever-familiar portrait or effigy of Queen Elizabeth II first introduced in 1998. The final sets are to be dated “2015” though a new and fifth portrait of the Queen will also be introduced later in the year.

The current portrait, skillfully designed by sculptor Ian Rank-Broadley was introduced in 1998 replacing the third portrait initially used on British and some commonwealth countries since 1985. That portrait is usually referred to as the “diadem portrait” and was created by Raphael Maklouf – so referred to as the portrait saw the Queen wearing a dazzling diadem alternating both crosses and fleur-de-lys. 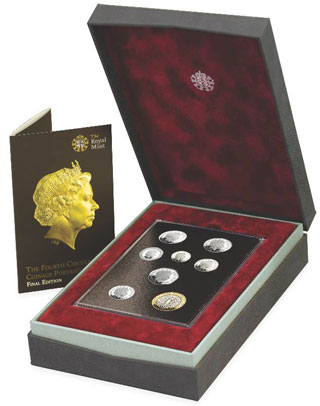 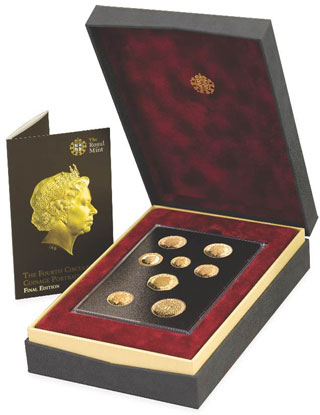 In November of this year, the Royal Mint made an expected announcement that the Rank-Broadley portrait would be replaced with the Queen’s fifth numismatic portrait which is expected to debut before or by the Queen celebrates her “Longest reign” anniversary in September 2015. In modern numismatic history and within the current British dynasty, only Queen Victoria and Queen Elizabeth II have had four official effigies included on the circulation coins of the Realm. 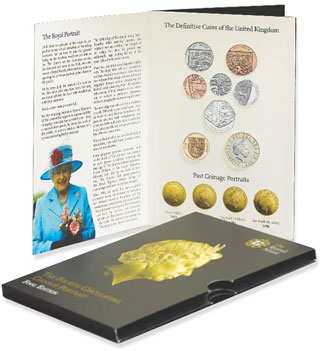 The last series of Rank-Broadley proof coin sets will be issued in a variety of choices from base metal to silver and also gold examples. Each set will include all of the currently circulating coins from the one penny up to the two pounds denominations.

The base metal BU set is packaged in the Royal Mint’s standard folder with slip case which includes an image of the Rank-Broadley image on the cover. The base metal proof set is encased in a Perspex case which allows for viewing of both obverse and reverse. The silver and/or silver sets are also encased in the Perspex case and also includes a hinged box to house the set. All sets include a certificate of authenticity.