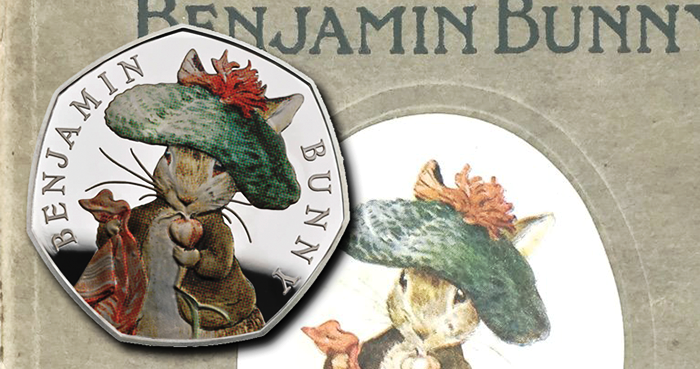 Like previous coins in the series, Benjamin Bunny is available in two versions: A Brilliant Uncirculated copper-nickel coin and a silver Proof coin with added color. The .925 sterling silver coin showcases how effective color printing can be. The tiniest details, like Benjamin’s striped blanket and radish, have been highlighted by the technique and enhanced by the coin’s Proof finish. Both versions are presented in a heptagonal shape. 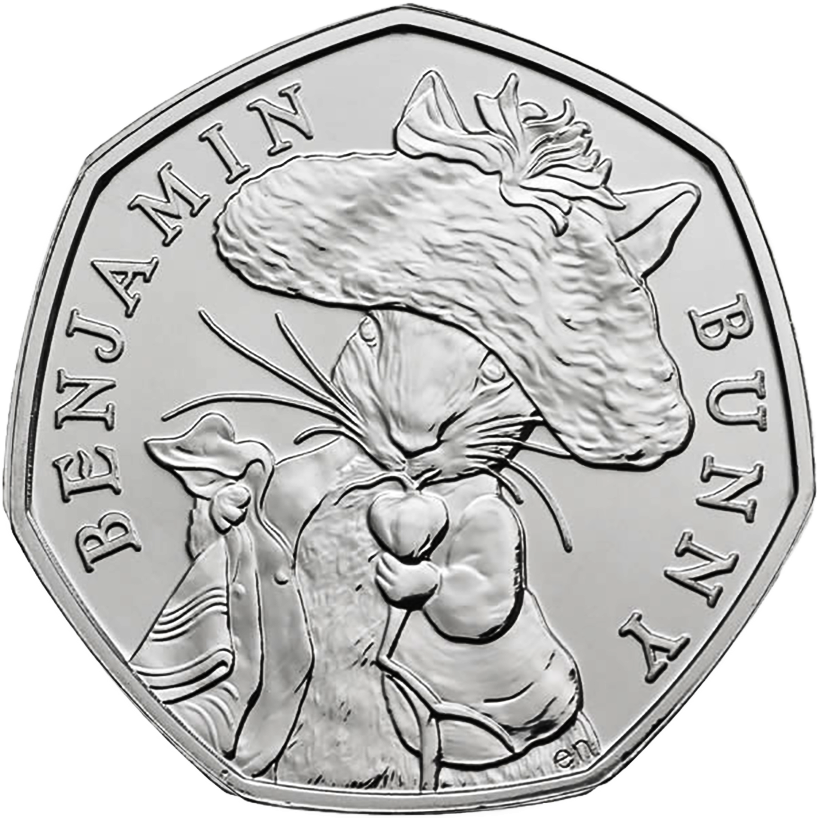 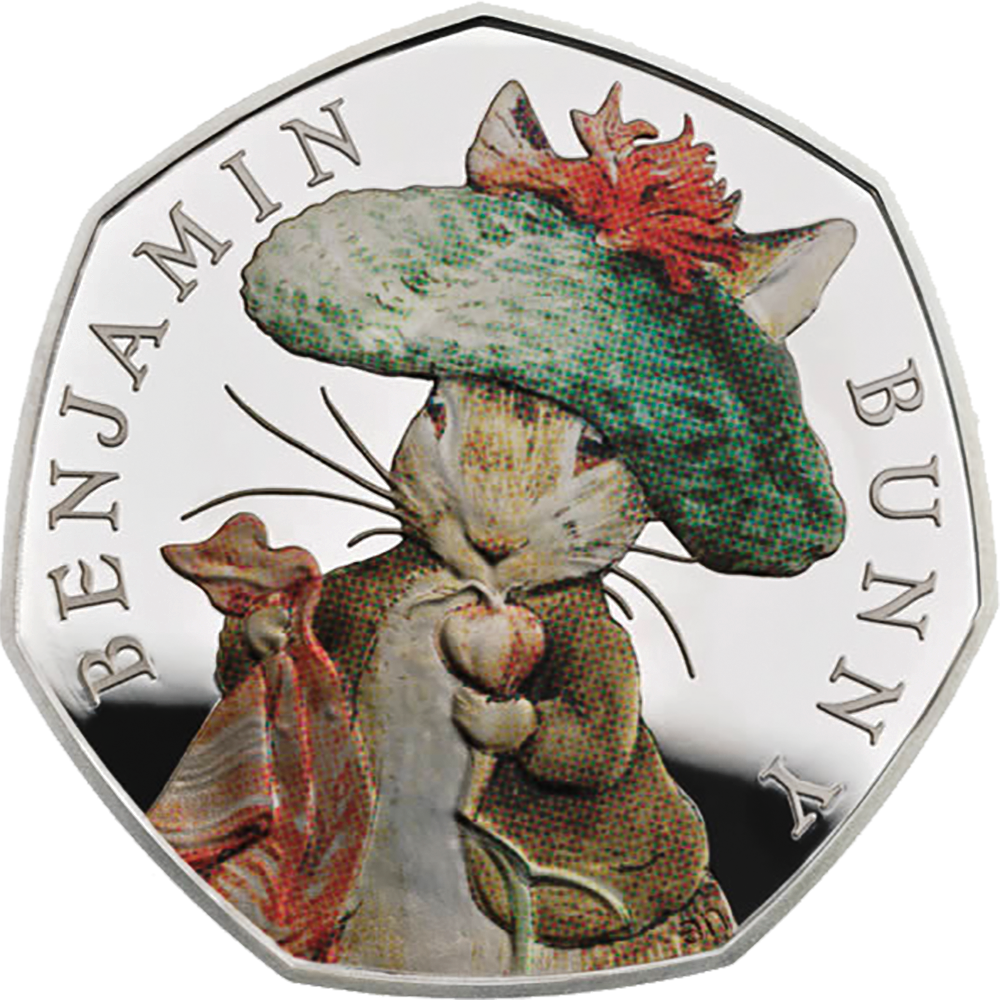 The reverse depicts Benjamin himself, facing the viewer, with his blanket in his right hand and a radish in his left. The legend, BENJAMIN BUNNY, reads counter-clockwise from lower left around the main design. The initials en, for designer Emma Noble, appear at lower right, just below Benjamin’s jacket. 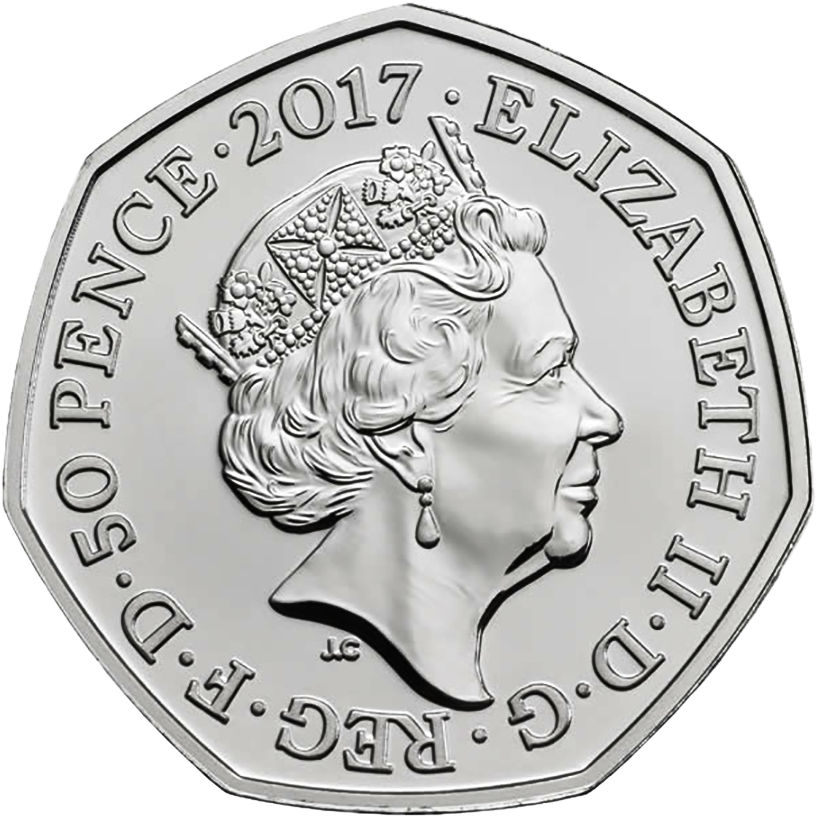 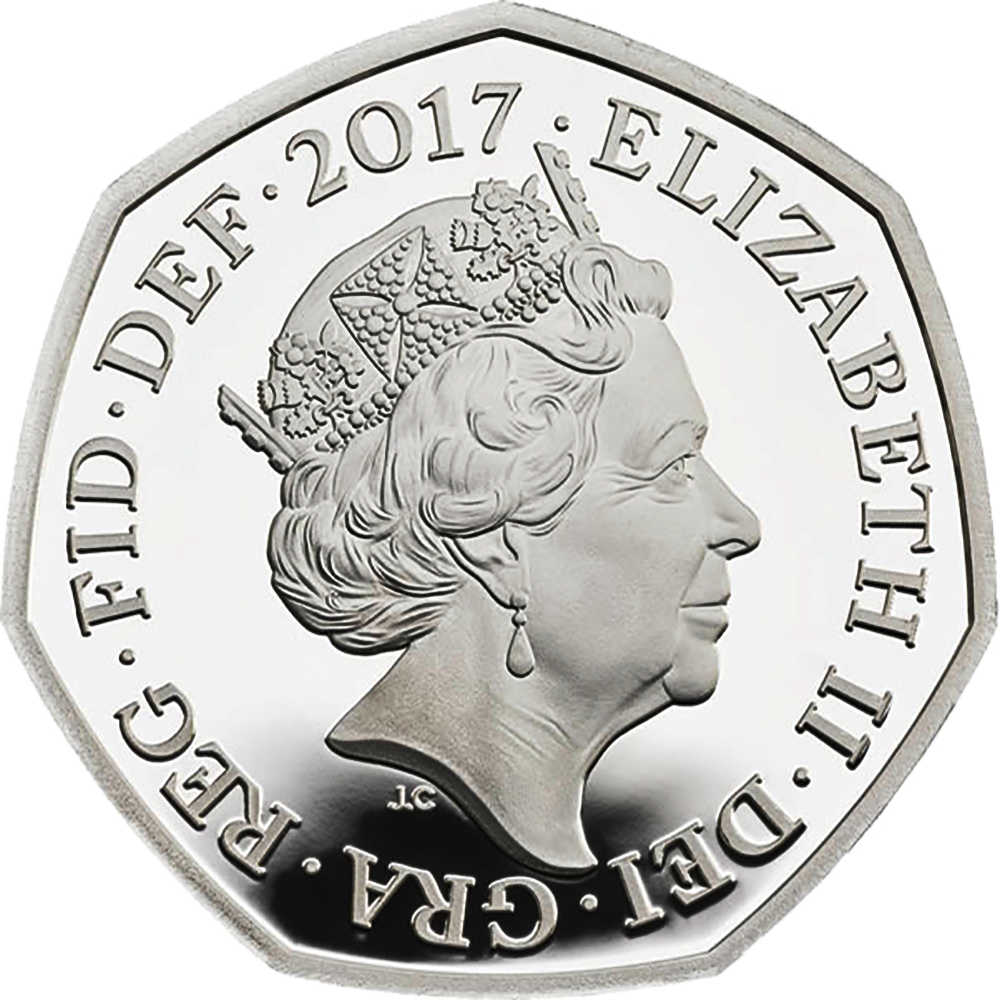 The obverse depicts the effigy of HM Queen Elizabeth II as designed by Jody Clark, whose initials, J.C., appear below the base of the neck. The surrounding legend, including the date of issue, reads clockwise from the top: ELIZABETH II • DEI • GRA • REG • FID • DEF • 2017. 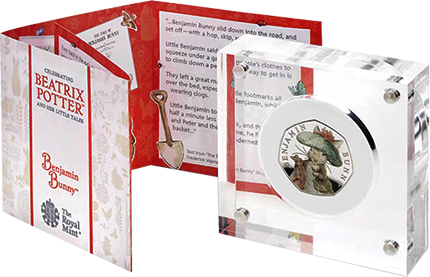 The Proof coin comes in a clear acrylic presentation case with a booklet about the beloved bunny and his shenanigans. 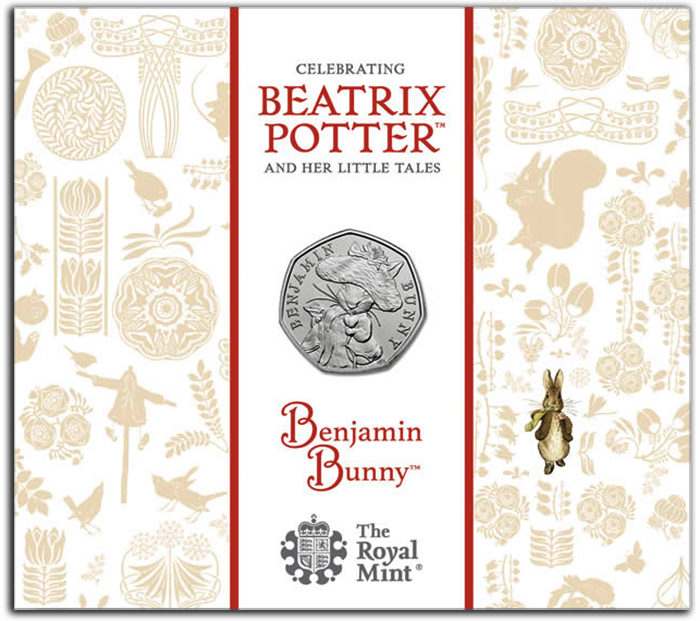 The Brilliant Uncirculated coin is enclosed in a fold-out case with designs inspired by Potter’s watercolor illustrations, including more details about Benjamin’s tale. The coins in the Beatrix Potter 2017 Collection are endorsed by Frederick Warne & Co. (a Penguin Random House company).

For more information on these and other coins in the Beatrix Potter 2017 Collection, please visit the website of the Royal Mint.