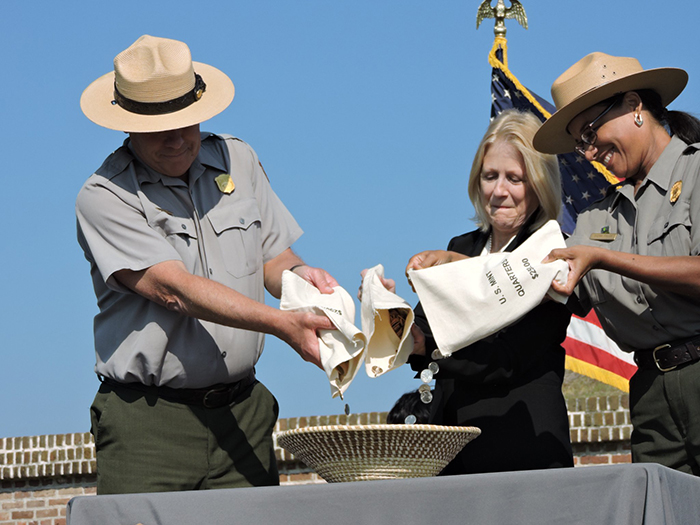 The coin’s reverse depicts Sergeant William Jasper returning the regimental flag to the fort’s ramparts while under attack from British ships. “This new coin stands as a tribute to the bravery and self-sacrifice of those who believed our fledgling nation deserved a fighting chance,” said Mint chief counsel Jean Gentry. 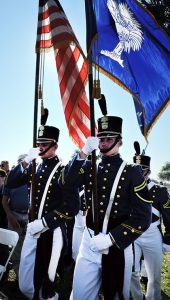 Event highlights included a coin forum, with 67 participants, the evening before the event; a special firing of reproduction muskets during the ceremony by National Park Service staff in period attire; and a coin exchange, where event attendees traded their cash for $10 rolls of newly minted Fort Moultrie (Fort Sumter National Monument) quarters.

The Mint is offering products featuring the Fort Moultrie (Fort Sumter National Monument) quarter for sale directly to the public. To place an order, visit the bureau’s online catalog or call 1-800-USA-MINT (872-6468).

The United States Mint was created by Congress in 1792 and became part of the Department of the Treasury in 1873. It is the nation’s sole manufacturer of legal-tender coinage and is responsible for producing circulating coinage for the nation to conduct its trade and commerce. The Mint also produces numismatic products, including Proof, uncirculated, and commemorative coins; Congressional Gold Medals; and silver, gold, and platinum bullion coins. The Mint’s numismatic programs are self-sustaining and operate at no cost to taxpayers.  ❑