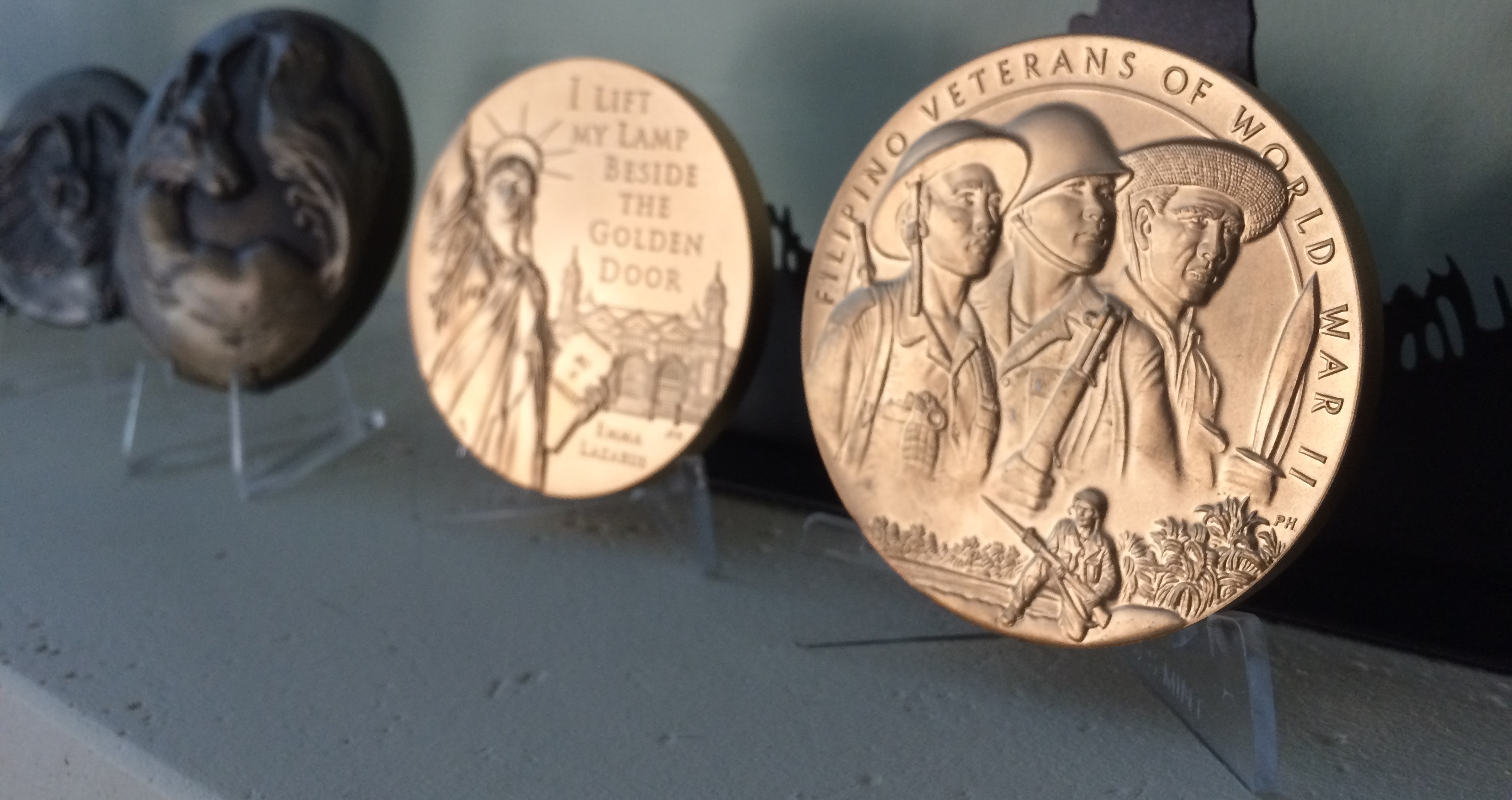 Kudos to the United States Mint for continuing to innovate in the realm of national medals! This is an exciting field where the Mint has leeway to create modern treasures for everyone who appreciates the intersection of fine art and American history.

While nearly all U.S. coinage—that is, metallic legal tender—starts with congressional legislation, many kinds of medals—similar in appearance to coins but not legal tender—can be planned, designed, executed, and produced entirely under the general authority of the Treasury Department (of which the Mint is a bureau). National medals, as they’re called, celebrate great Americans, significant events, historic places, important institutions, and other national subjects that make their appeal popular and timeless.

One such treasure that will debut in .999 fine silver in 2019 is the American Veterans national medal. This piece will be packaged in a special set with the 2019 American Legion commemorative silver dollar.

After the American Veterans medal is released as a dollar-sized work of precious silver, in 2020 and beyond it will be offered in the Mint’s classic bronze alloy, in two sizes: one the diameter of the old-fashioned Morgan silver dollar, perfect for carrying; and the other a massive three-inch presentation piece, a truly monumental format that makes an eye-catching display.

While the Mint has created many other military-themed medals in the past, they have all been connected to particular branches or services, specific wars, battles, operations, organizations, or anniversaries. There has never been—until now—a national medal honoring the entire scope of all U.S. military veterans. This will be a medal for combat and non-combat veterans; those who have served overseas and those who have served at home; from all five branches of the military.

The CCAC is a public body formed by Congress in 2003 to advise the secretary of the Treasury on designs and themes for all U.S. coins and medals. Eleven members comprise the committee: four representing a specific discipline or area of expertise, three representing the interests of the general public, and four appointed based on the recommendations of Congressional leadership. Most of the current members are longtime coin collectors.

Prior to the meeting, program managers from the Mint worked to develop sketches with the bureau’s Philadelphia-based team of sculptor-engravers, plus artists from its Artistic Infusion Program, with advice and input from the American Legion. The result was an outstanding portfolio of 15 potential obverse designs and 20 reverse designs.


Members of the CCAC studied the designs in advance of the November meeting. Our discussion in the two-hour public meeting was far-ranging and in-depth, analyzing symbolism and inscriptions, aesthetics, coinability, and artistic strength, and bringing to bear personal insights, feedback from military friends and family, as well as several members’ recollections of their own military service.

The portfolio of potential designs was diverse. It included bold emblems and dramatic allegory. Some designs were simple, others complex; some stylized, others real to life in their detail. With such a rich selection, it was challenging for the committee to narrow its focus to a single outstanding pair of designs for obverse and reverse. 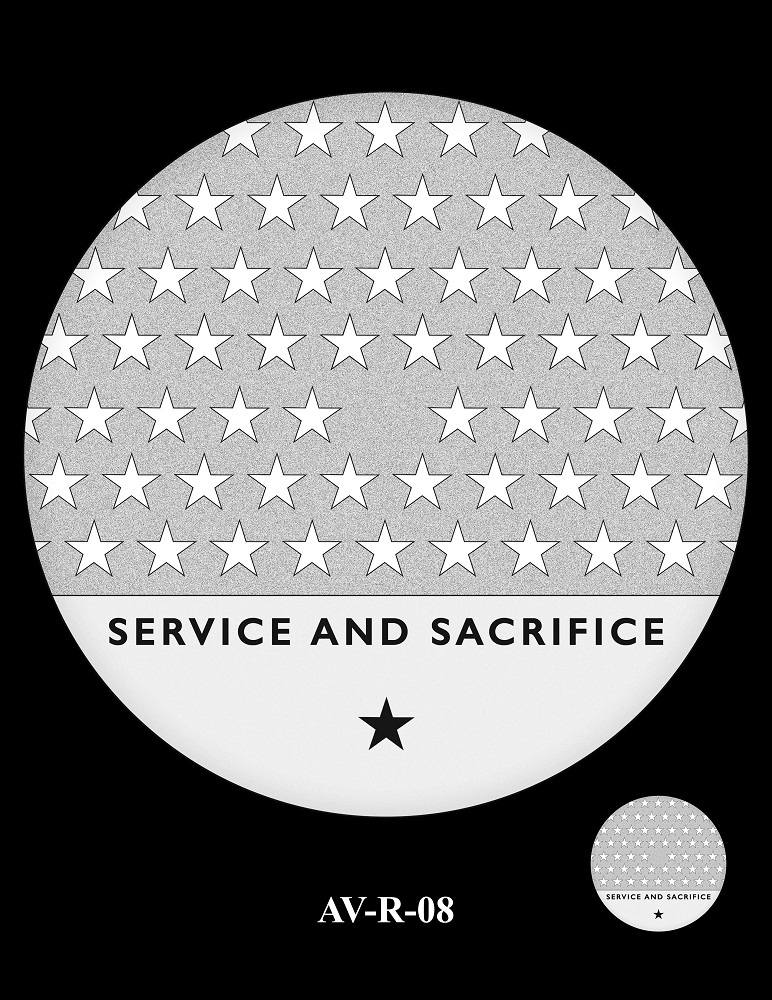 Ultimately, we leaned most heavily toward Reverse 08, showing a field of stars in relief atop a smooth field with a single incused star.

“The stars symbolize all American veterans, past, present, and future,” the artist who created this design wrote, “with the lone incused star representing the veteran who has made the ultimate sacrifice in defending our country.” The artist left one star missing in the galaxy at the top, symbolizing the loss of the fallen. “The design symbolizes our veterans’ service to our country and the sacrifices they are willing to make while serving in the armed forces.” Above the incuse star, the legend SERVICE AND SACRIFICE emphasizes this concept.

For the obverse, our strongest preferences were for designs 03 and 04. 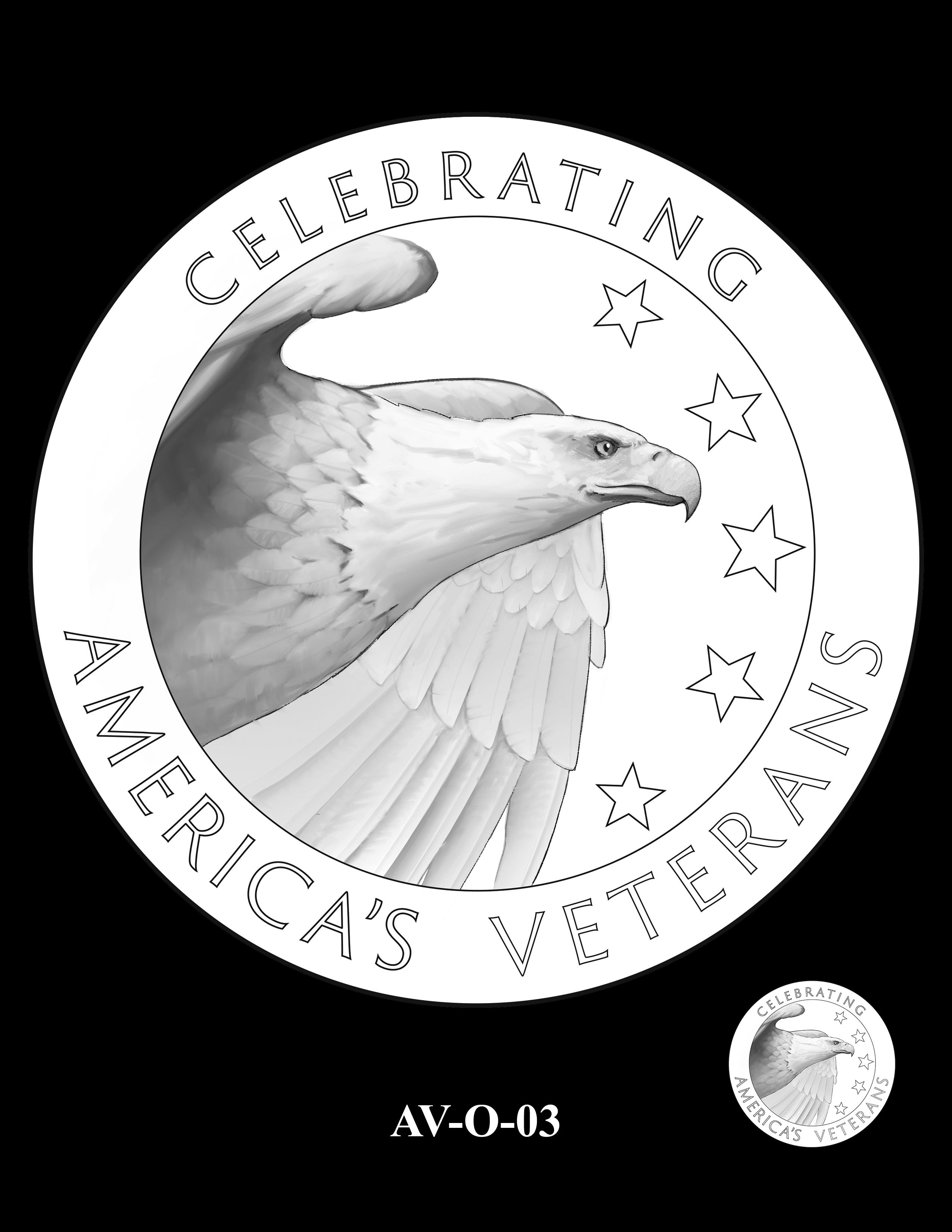 Obverse 03 shows a bald eagle spreading its wings as it prepares for flight, “suggesting the initiative, determination, and personal courage required by those who choose to serve in our nation’s armed forces.” Five stars represent each of the branches of the U.S. military, and the inscription reads CELEBRATING AMERICA’S VETERANS. 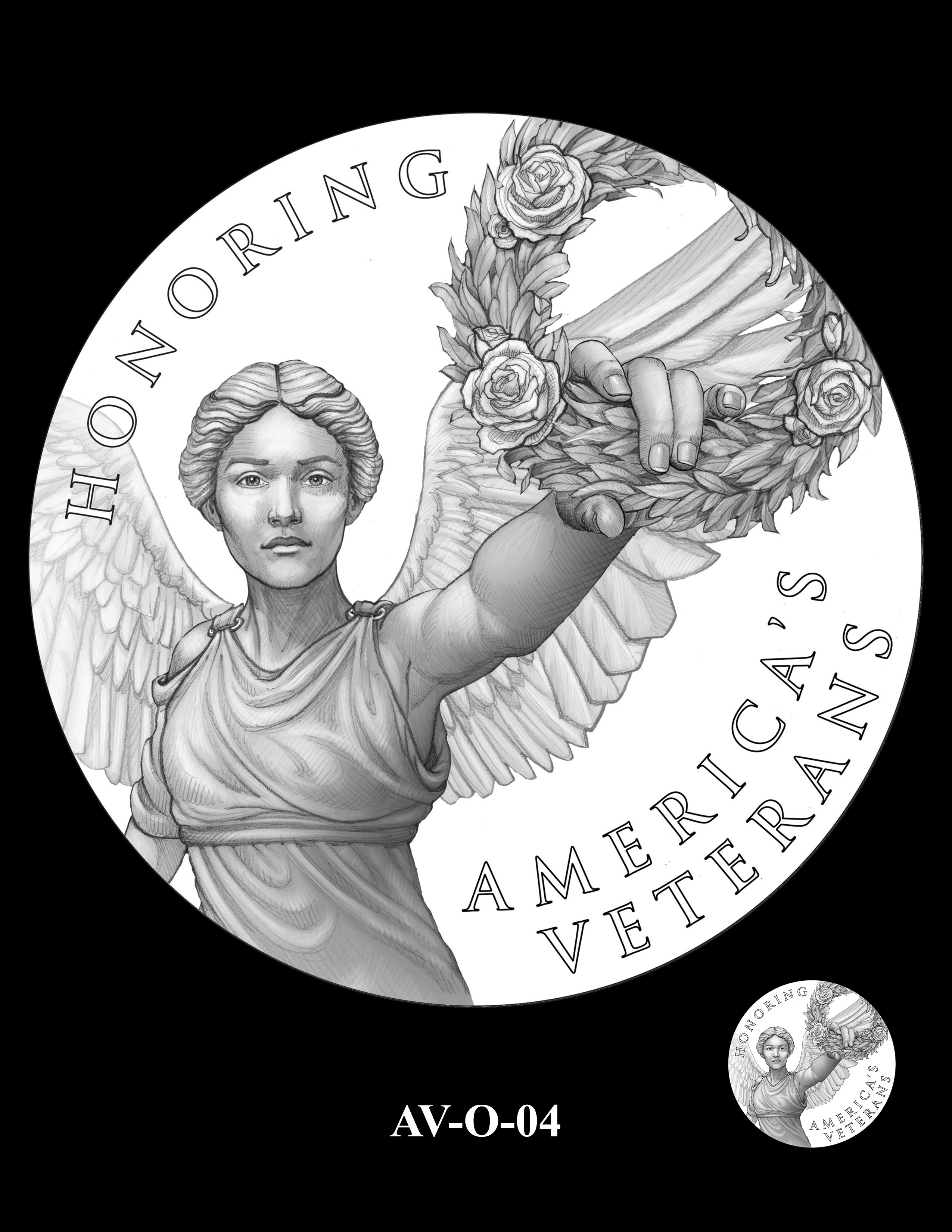 Obverse 04 features the figure of a winged woman holding a chaplet forward to crown the viewer, with the legend HONORING AMERICA’S VETERANS.

The Future of the American Veterans Medal

Ultimately Secretary of the Treasury Steven Mnuchin will weigh the comments and recommendations of the CCAC, along with similar guidance from the U.S. Commission of Fine Arts (the other body that advises on coin and medal designs). He will make the final decision on the medal’s design.

The appeal of the American Veterans medal is obvious. Connecting it to a widespread organization like the American Legion, and then offering it in silver and two formats of bronze, guarantees the Mint a popular addition to its permanent catalog. The bronze versions will be available as part of the collection in perpetuity, with no mintage limits. Every American who wants one—for their own, or to give as a gift—will be able to buy one. This will be a truly special national medal to honor the United States’ veterans and forever recognize their service and sacrifice.