During their most recent meeting, the Commission of Fine Arts (CFA) reviewed design candidates provided by the United States Mint for the 2011 First Spouse Gold Coins. The review also included design candidates for the series of Bronze Medals. These designs are the same as the gold coin, with modifications to the inscriptions.

Coins released for 2012 will honor the spouses for the 17th through 20th Presidencies: Eliza Johnson, Julia Grant, Lucy Hayes, and Lucretia Garfield. 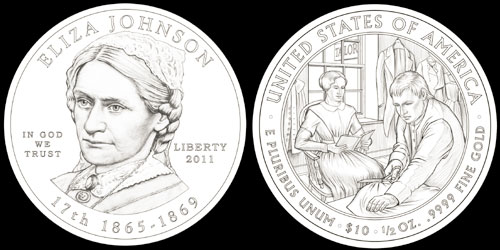 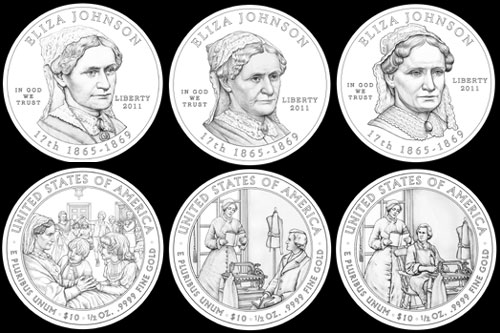 Eliza Johnson was the spouse of Andrew Johnson, who served as the 17th President. The CFA recommended the first portrait alternative, stating that the other options have an excessively severe appearance. The design recommended for the reverse depicts Eliza and Andrew Johnson at work in their tailor shop, with a request that the design be simplified. 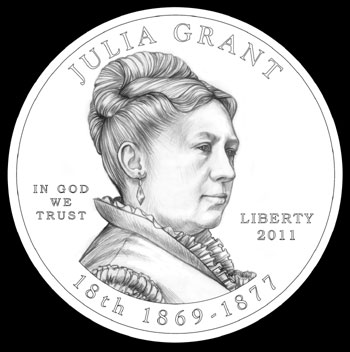 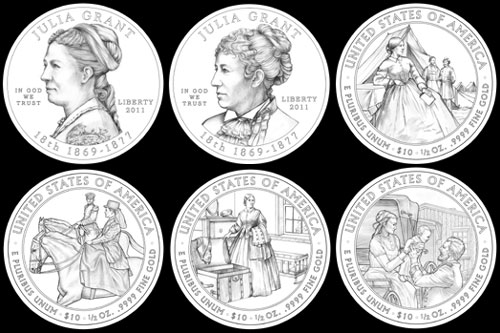 Julia Grant served as first lady during the 18th Presidency. Her husband was Ulysses S. Grant. The Commission recommended the second design altrnative for the obverse of the coin, commenting that the portrait placed the least emphasis on hair ornamentation. The CFA was not satisfied with any of the five candidates provided for a reverse design, but did suggest further development and resubmission of the first two candidates. These depicted a Civil War encampment and Julia and Ulysses S. Grant riding on horseback. 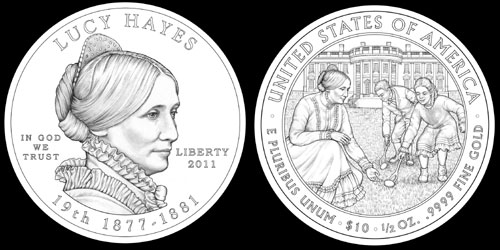 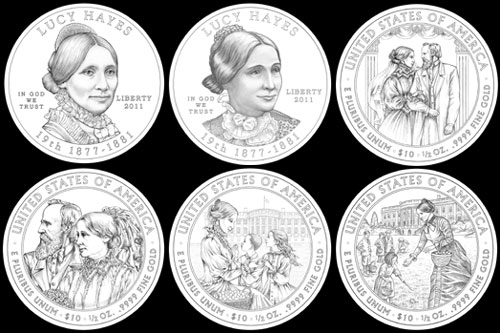 Lucy Hayes was the wife of Rutherford B. Hayes, the 19th President of the United States of America. The CFA preferred the second out three design candidates provided. This version presents a near profile pose. For the reverse design, a depiction of the East Egg Roll was chosen, with the recommendation that the White House in the background be rendered in low relief. The Easter Egg Roll is an annual event that was moved to the White House lawn during the Presidency of Rutherford B. Hayes. 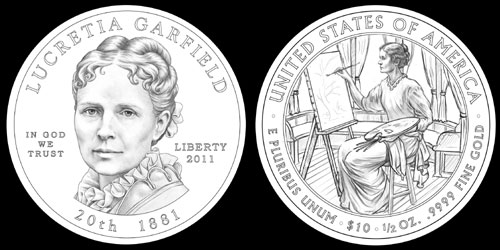 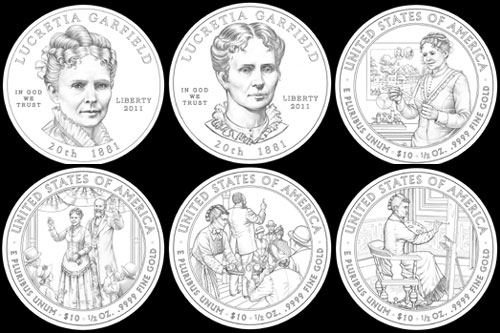 Other design candidates for the Lucretia Garfield coin

Lucretia Garfield served as the first spouse in 1881 during the Presidency of her husband James Garfield. For the obverse of the coin, the Commission of Fine Arts recommended the second of four design candidates, citing her more pleasing facial expression and less emphasis on hair ornamentation. Of the five reverse design candidates provided, the CFA preferred the last one showing her painting, with a recommendation that the design should be simplified by removing some background elements such as the curtains.

During the same meeting held July 15, 2010, the CFA had also reviewed the design candidates for the 2012 Presidential Dollars. They had provided recommendations for three out for the four coins to be released.

Final design selections for each series will be made by the United States Treasury Secretary after weighing the reviews and recommendations of the CFA and others.