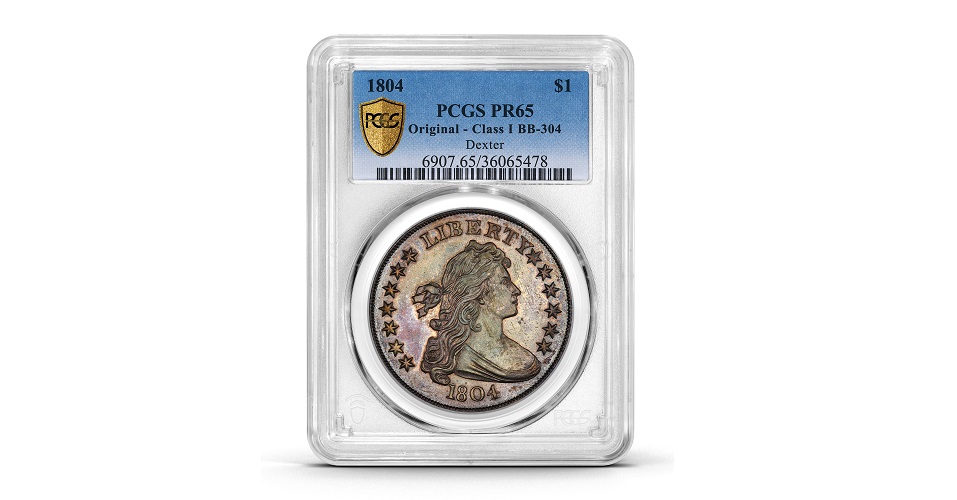 (Irvine, California) — GreatCollections has acquired the finest 1913 Liberty Head nickel, graded PCGS PR-66, along with high-grade examples of the 1894-S Barber dime and 1804 Draped Bust dollar in a three-coin $13.35-million transaction concluded on Thanksgiving. Each coin set an individual record price in order to entice the owner to make the sale and together represents a 23% premium over the current PCGS Price Guide value of $10.85 million. 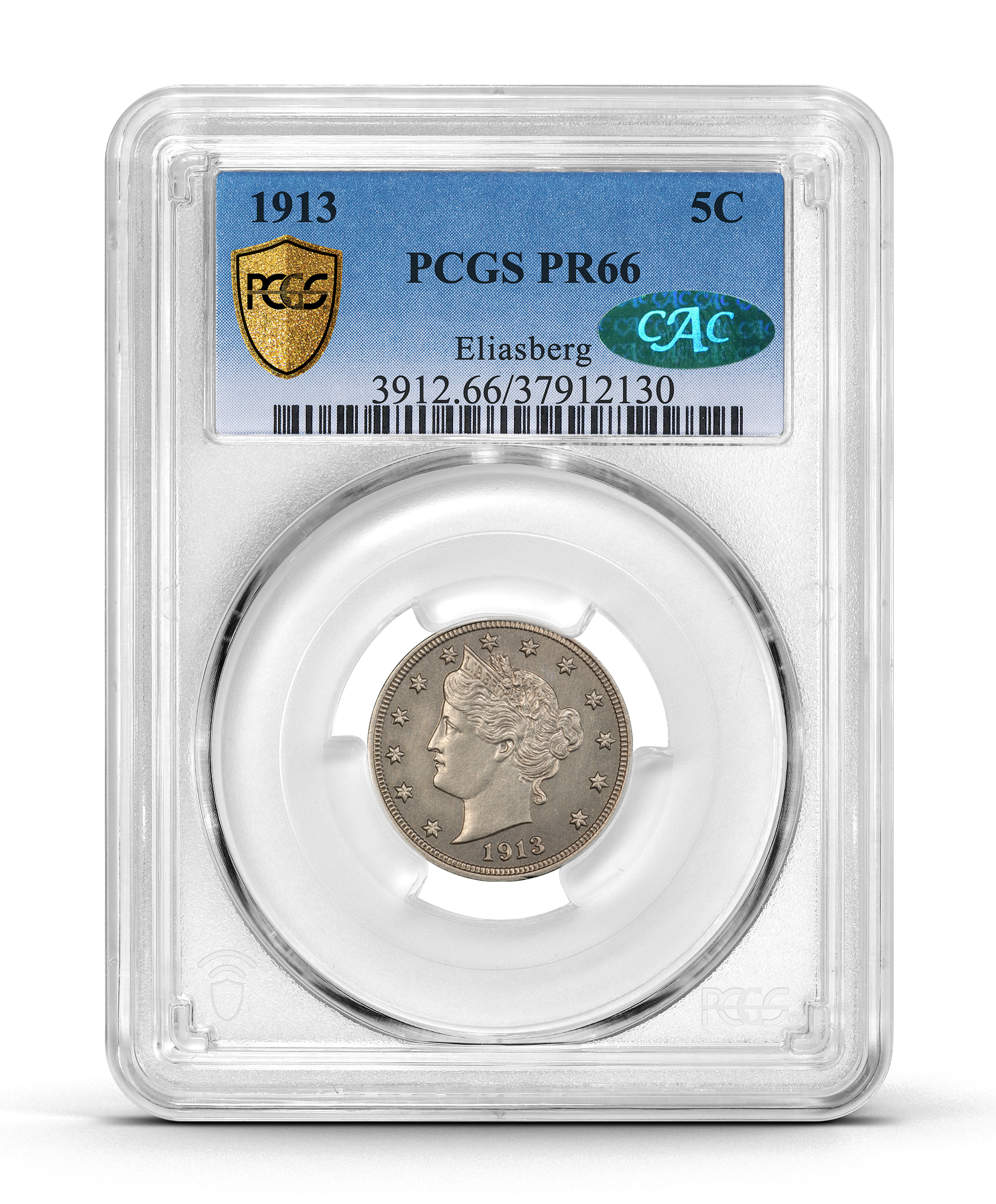 The 1913 Liberty Head nickel is one of the most famous and coveted rarities in American numismatics with only five examples known. Two are permanently ensconced in museum collections including the Smithsonian, leaving just three for the public to own. Graded PCGS PR-66, it is the standalone finest known and was previously a centerpiece of the Eliasberg Collection. It last traded at auction for $4.56 million in 2018. 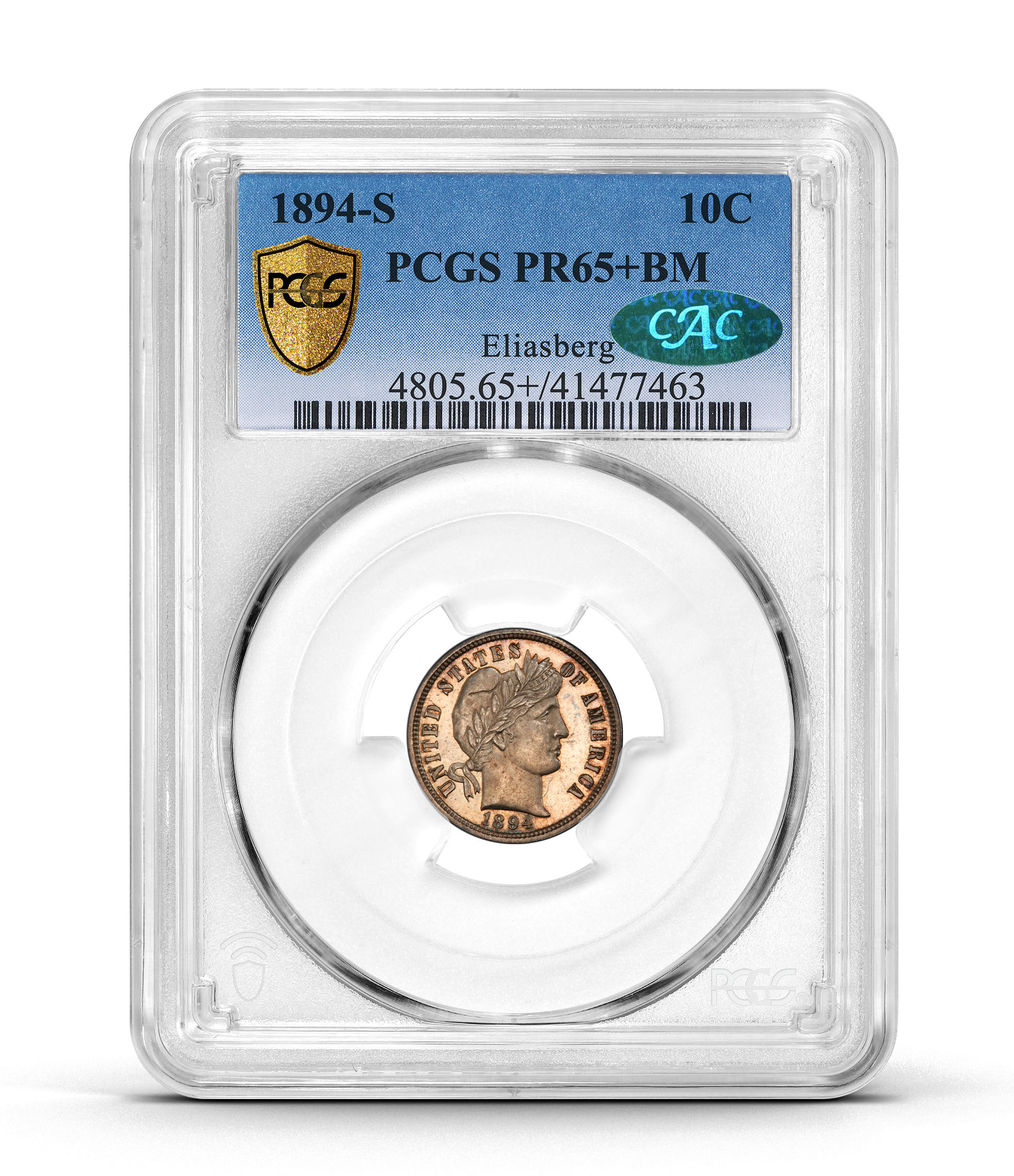 The 1894-S Proof Barber dime is one of only nine coins known of the date and hails from the Eliasberg Collection, too. Numerically, it is the third-finest known, although its eye appeal is far superior to that of its rivals. Longtime dealer John Albanese stated, “Of the 1894-S dimes that I have seen or handled over the years, the Eliasberg specimen is my favorite. Although not the highest-graded example of this famous rarity, it has the strongest, most collector-friendly eye appeal.”

The third coin from the “Big Three” trio is the James Dexter example of the 1804 dollar, once part of the Pogue collection. Described in 1885 as the “King of Coins,” only 15 of the 1804 Draped Bust dollars are known and this ranks as tied for third finest, given its PCGS PR-65 grade. The Dexter 1804 dollar was destined to be the first coin to cross the million-dollar threshold, although it sold for an increment less when it realized $990,000 in a 1989 auction.

The coins were owned by well-known collector Bruce Morelan, a partner in Laura Sperber’s Legend Numismatics, who acquired them individually over the past four years. Of the most famous U.S. coin rarities, these are widely considered to be the top three and have been referred to as the “Big Three” and “Holy Trinity” for decades. Only a few collectors over the past century have owned all three, including Louis Eliasberg, Col. E.H.R. Green, Dr. Jerry Buss, and Morelan.

Ian Russell, president of GreatCollections said, “this record-breaking deal was consummated in less than 24 hours, after a 10-minute conversation with Laura on the day before Thanksgiving. The coin market is continuing to build on the momentum of the past year, similar to other collectibles, and this transaction is further proof of the depth and liquidity of seven-figure numismatic rarities.”

While I’m sad to see the ‘Big Three’ leave the Legend family, I know they are in good hands with Ian. I still remember the first time we handled the Eliasberg 1913 nickel in 2005, when I bought it for $4.15 million — at the time, the second-highest price ever paid for a coin.

This was the second 1804 dollar purchased by GreatCollections in 2021. The finest-known example, also from the Pogue Collection, realized $7,680,000 at an American Numismatic Association World’s Fair of Money auction in August, with GreatCollections being the winning bidder. It stands as the fifth-highest price ever paid for a coin at auction.

This year has been a record year for GreatCollections, with total sales during 2021 expected to exceed $225 million.