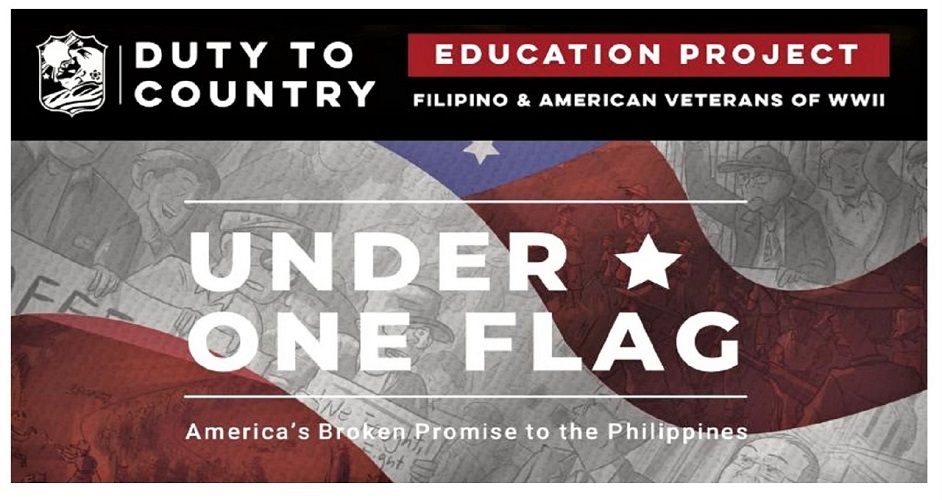 In 2017, the United States Mint issued a bronze replica of the Congressional Gold Medal presented collectively to Filipino veterans of World War II who served honorably in an active-duty status between July 26, 1941, and December 31, 1946, under the command of the United States Army Forces in the Far East (USAFFE) within the Philippine Commonwealth Army, the Philippine Scouts, the Philippine Constabulary, recognized guerrilla units, the New Philippine Scouts, the First Filipino Infantry Regiment, the Second Filipino Infantry Battalion (Separate), or the First Reconnaissance Battalion, including those commanding or serving as U.S. military officers or enlisted soldiers.

Filipino, Filipino-American, and American soldiers defended U.S. sovereign territory under USAFFE command after President Franklin Roosevelt’s call-to-arms in July 1941 to address rising tensions with Japan in the Pacific. Their valiant service was an integral part of the Allied victory over Axis forces in World War II and demonstrates a highly uncommon and commendable sense of patriotism and honor.

The medal’s obverse (designed by Joel Iskowitz and sculpted by Phebe Hemphill) displays part of the range and breadth of the Filipino veterans’ service in World War II. Depicted are a Filipino scout, a Filipino infantry regiment officer, and a guerrilla soldier. In the foreground is an infantryman on guard, symbolizing the soldiers’ fierce determination. The reverse of the medal (designed by Donna Weaver and sculpted by Joseph Menna) displays both the American and Filipino World War II–era flags.

Washington, D.C. November 6. ”Today, we are proud and excited to launch ‘Duty to Country — A Broken Promise,’ says FilVetREP National Chairman Maj. Gen. Antonio Taguba (Ret). “It is a one-of-a kind online, interactive education project that reveals the relationship of the United States and Philippines since 1898. It chronicles the untold stories of Colonialism, World War II, Post War, and the Contemporary period. It captures the story of betrayal and injustice by the U.S. government on the veterans who were ordered to fight and defend the United States.”

In February 1946,  Congress passed the Rescission Act. The law was basically a betrayal of Filipino World War II veterans who were promised the same rights and benefits as U.S. soldiers who fought side by side with Filipino soldiers under the American flag.

They were denied of their rightful benefits and many stripped of their U.S. nationality status on their path for U.S citizenship. For over 75 years, the veterans sought respect and recognition. The Rescission Act has never been repealed.

“Duty to Country-A Broken Promise” is America’s story of some 260,000 Filipino and American soldiers who fought the Japanese Imperial forces in the Philippines during World War II. They served under General Douglas MacArthur, under the American flag, and were victorious against a vicious enemy.

“We all know the surrender at Bataan and Corregidor where thousands of Filipinos and Americans were taken prisoners,” Taguba points out. “Many endured the horrific experience of torture and unspoken mistreatment of the enemy. ‘Duty to County – A Broken Promise’ was created as a call to action by families and supporters from across the country. We want America—students, learning institutions, cultural and historical organizations, and the public at large to know and appreciate the personal stories of living veterans and families, the discovery of hidden documents and artifacts, and why they are the proud members of America’s Greatest Generation. We owe the Veterans an eternal debt of gratitude.”

‘Duty to Country,’ Taguba adds, “is a promise we cannot break. We want this education project to endure for generations. Please join us in spreading the word on this incredible project. There is no greater honor and respect America can bestow to Soldiers for their patriotic duty to bear arms and defend its citizens with their lives and wounds.”

To view today’s official launch of ‘Duty to Country – A Broken Promise,’ here’s the link: