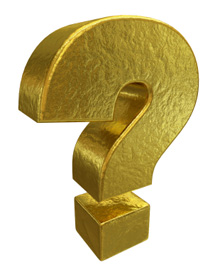 Today and tomorrow, the Federal Open Market Committee is holding its regularly scheduled meeting. Federal Reserve Chairman Ben Bernanke has announced that he will be making a speech after the conclusion of the meeting. This speech is highly unusual as the chair of the Federal Reserve never speaks publicly. Instead, the Fed chair appears before Congress to answer questions.

Almost certainly, the main subject of Bernanke’s speech will be what the Federal Reserve may do once the current program of the US government inflating the money supply, disguised by calling it Quantitative Easing 2, expires on June 30.

Bernanke is boxed into a no-win corner. No matter what he says tomorrow, the result will be bad news for the US government, the US economy, and the US dollar.

The programs of quantitative easing are the prime culprits now causing the fall in the value of the US dollar. If Bernanke states that quantitative easing must end in order to support the value of the US dollar, here are some of the likely effects. The US government right now is borrowing 43% of every dollar that it spends. If the Treasury is no longer able to borrow so much money, averaging more than $100 billion per month, it will simply be unable to pay a high percentage of its bills. The Congressional debates over cutting the total budget by minuscule amounts will be meaningless. Imagine the effect on Americans of an immediate 50% reduction of federal expenditures such as for defense, Medicare, Social Security, Medicaid, food stamps, and the like. It is entirely possible that an end to quantitative easing could lead to a quick crash of the US economy, with soaring unemployment and consumer prices.

If, on the other hand, Bernanke states that a new round of quantitative easing is required, that would be a signal that the value of the US dollar will continue to decline. In order to entice foreign and domestic investors to purchase US Treasury debt, the interest rate will have to rise substantially. Since the Quantitative Easing 2 program was announced less than six months ago, the 10-year Treasury debt interest rate has increased by 30%! What will happen if this interest rate shoots up another 30% or more within the next few months? First, the mortgage interest rates would rise, further crippling the real estate market. Higher interest rates would also hurt the profitability of businesses, leading to job losses and higher consumer prices. In other words, there is a risk of an economic crash.

Generally, I am an optimist. I would like to think that there is something the US government could do which would prevent this looming crisis—no matter which direction Bernanke signals in his speech tomorrow.

I believe that Ben Bernanke is smart enough to realize the dilemma he faces. Therefore, don’t be surprised if he somehow tries to talk out of both sides of his mouth in his speech tomorrow. Look for him to talk about ending quantitative easing while he explains the necessity of continuing inflating the money supply for the indefinite future.

Don’t be shocked if much of the mainstream media reports favorably on his speech. Just don’t fall for this deception. The US dollar is getting closer to the day when its value will drop sharply. It may even collapse. Unfortunately, other paper currencies are in almost as dire straits. The historic safe havens of physical gold and silver look to soar in value versus all currencies, especially the US dollar, in the next few months.