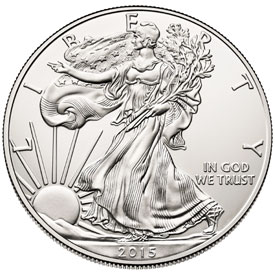 Following the typically robust sales in January, gold and silver bullion coin sales at the United States Mint were lower in February.

For the year to date, Gold Eagle sales have now reached 99,500 ounces.

The US Mint has not yet made available the 2015-dated American Platinum Eagles, which represents their only platinum bullion offering.