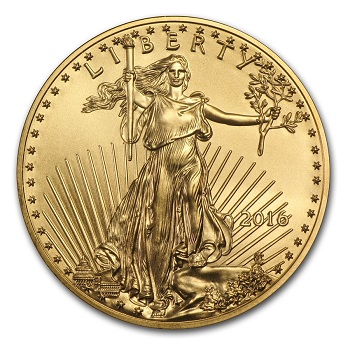 The U.S. Mint continued it’s strong 2016 bullion sales in February, driven by one of the biggest months ever for an America the Beautiful five-ounce bullion coin.

The Shawnee five-ounce coin launched on February 1 and has since sold 105,000 units, which comes to 525,000 ounces of silver. As noted previously, this means Shawnee has surpassed 2011’s Olympic National Park issue (104,900 coins sold) to become the third-highest-selling ATB five-ounce bullion coin ever behind Gettysburg National Military Park and Glacier National Park. To put things into further perspective, the Shawnee issue is now up to 49% of 2015’s total ATB five-counce bullion coin sales, which topped off at 212,000 units sold.

All of the Mint’s gold bullion coins sold less in February than in January, but they still managed to post relatively large numbers.

The U.S. Mint sells its bullion issues to a network of authorized buyers, who then make the coins available to the public. The Mint also expects to release platinum bullion coins in 2016, though an on-sale date for the items has not been determined. For more information on the Mint’s bullion program, please visit its Web site.