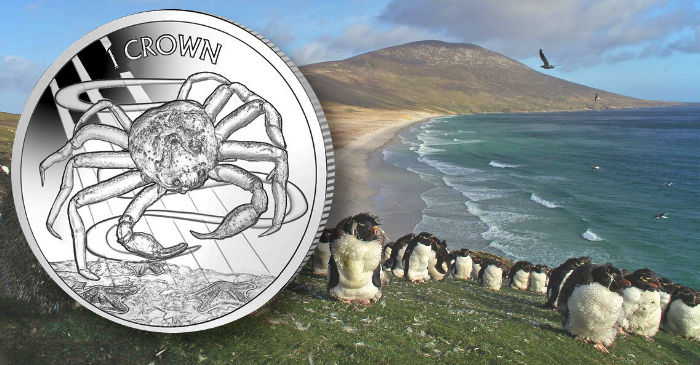 The government and treasury of the Falkland Islands have issued (30th August) new collector crown coins which feature one of the region’s most familiar side-walking sea-dwelling creatures — the ever familiar crab. These crustaceans are short-tailed members of the order Decapoda, and, as it happens, decapods occur in all oceans, in fresh water, and on land — with about 10,000 species having been described. Unlike other decapods such as shrimp, lobster, or crayfish, crabs’ tails are curled under the thorax (or midsection). The carapace (upper body shield) is usually broad, and as is common for the majority of crabs, the first pair of legs are modified into chelae (pincers) which are used to hold prey and are also used as defence when necessary. In the Falkland Islands, you can find many species ranging from the commonly known “hairy crab,” or Peltarion spinosulum, which is a typical representative of the sub-Antarctic waters and can be found up to 120 metres deep. Of course, there is the more dangerous Halicarcinus planatus, which is a small crab that inhabits the most extreme southern areas of the planet. This species is characterized by having the capacity to reduce the amount of magnesium found in its body, allowing it to live and develop in areas of extremely low temperatures.

However, at present, little is known about some of the more uncommon species, but with the many factors occurring in recent years such as the climate change, it is possible that in the near future this could help the entry and settlement of many crabs to shallow waters in the Antarctic. This would not only help to improve the understanding of new and old species, but it could possibly help increase the current population of the varying sub-species of crab colonies in the area. 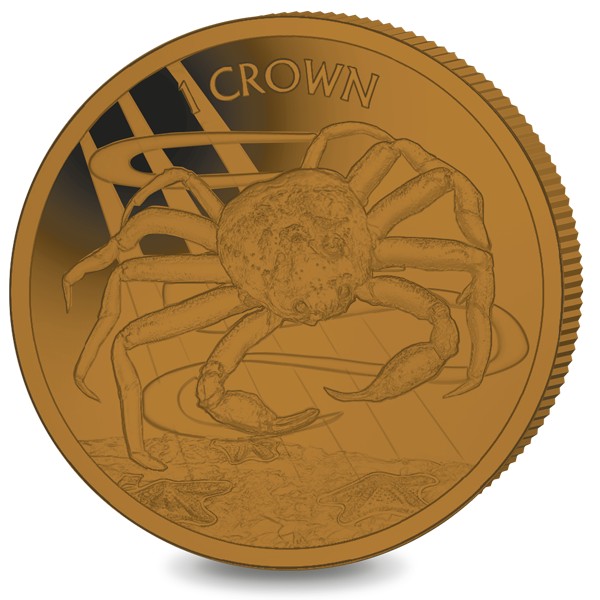 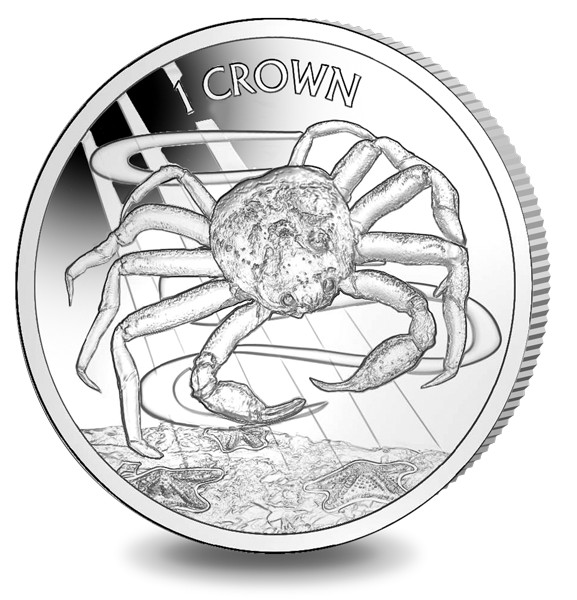 The coins are produced in both cupro-nickel and in orange-coloured titanium by the Pobjoy Mint at their facilities in Surrey, on behalf of the treasury of the Falkland Islands. The design on the reverse of the coin features a marine crab on the seabed with its legs in full display. The denomination of 1 CROWN is placed above the primary design. 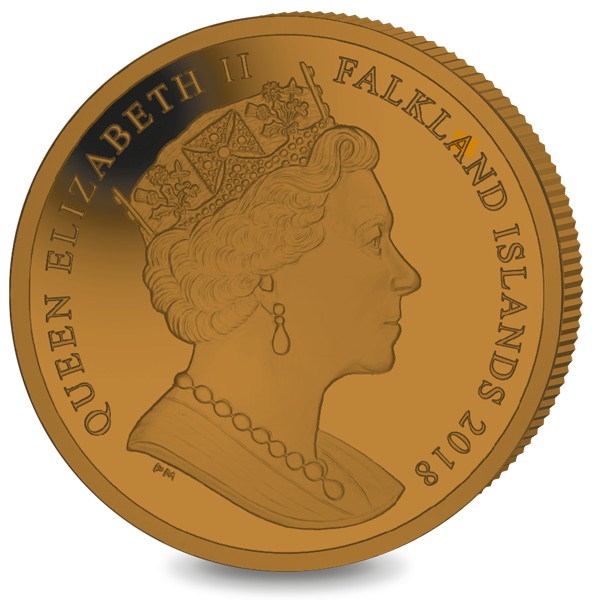 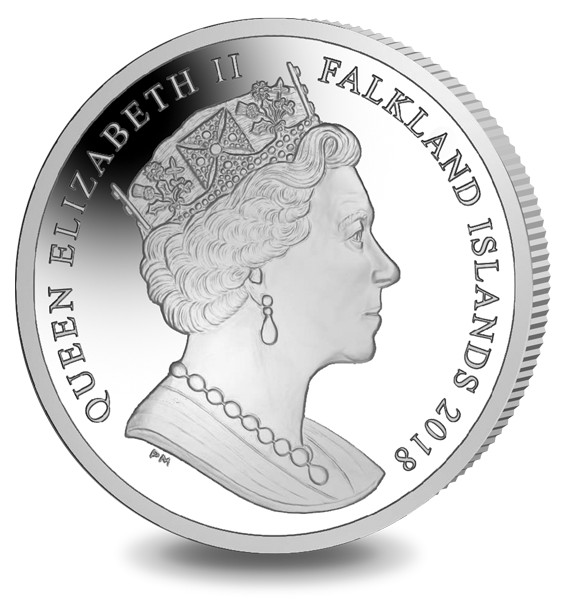 The obverse includes an effigy of HM Queen Elizabeth II, which is an exclusive design of the Pobjoy Mint. The year of issue, 2018, is seen as part of the legend around the Queen’s portrait. 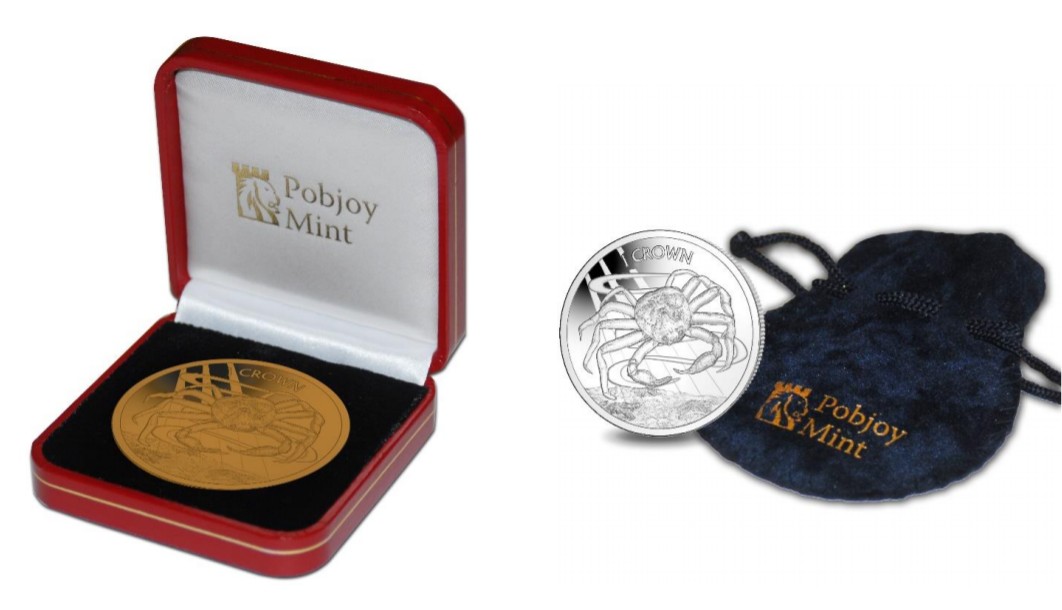 The titanium coins are encapsulated in an acrylic capsule for protection and are housed in custom branded red boxes along with certificates of authenticity. The cupro-nickel coins are presented in a unique blue pouch branded with the Pobjoy Mint insignia. As titanium reacts differently with every strike, each crab coin is technically different and varies slightly in colour. There is also a lined effect that is present on the coins, which is unique to this metal. For more information about these coins and others issued by the Falkland Islands’ government and treasury, please visit the website of the Pobjoy Mint.