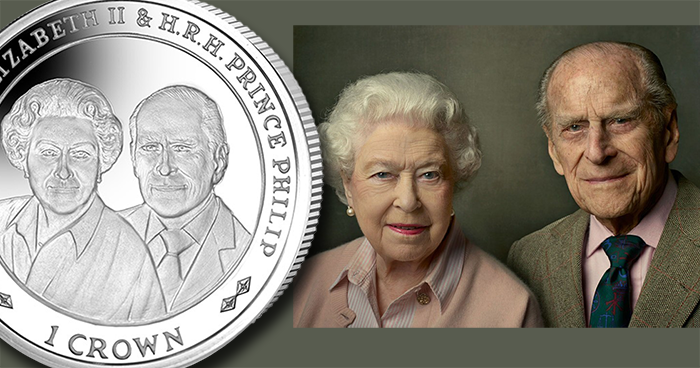 The Treasury of the Falkland Islands government have launched (7th April) a new series of coins that celebrate the wedding anniversary of HM Queen Elizabeth II and HRH Prince Philip, the Duke of Edinburgh. The couple were married after a brief engagement, but, as the couple had been long acquainted, the marriage was—for at least the princess—a foregone conclusion. It was said that the young princess, when she first met the dashing prince of Greece at the age of just thirteen, knew she would someday marry him. The couple were married on the 20th November 1947, a little over two years after the end of the Second World War in a lavish ceremony at Westminster Abbey. At this time, the United Kingdom was still under strict rationing, and Princess Elizabeth had to redeem coupons for the material needed for her wedding gown. This year, the Royal couple celebrate their 70th or platinum wedding anniversary. The Queen and the Duke of Edinburgh have the distinction within the royal family of being the longest-married British sovereign and consort.

Princess Elizabeth was crowned just five years after their wedding, following the death of her father, King George VI, who died aged only 56. Although the transition changed their lives forever, the couple have always approached their royal duties with a sense of humour and an affection for each other that, over the decades, has been testament to their enduring love. During their 60th wedding celebrations, the Queen, in a fond tribute to her husband, was quoted as having said,

My husband has quite simply been my strength and stay all these years, and I owe him a debt greater than he would ever claim. 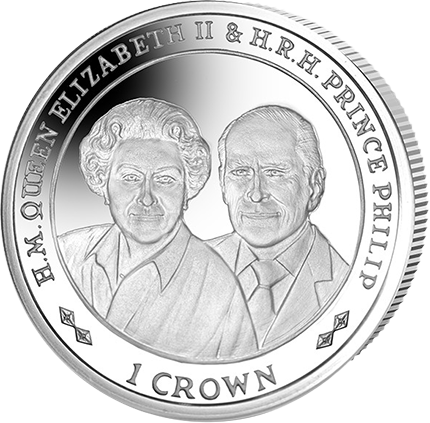 The coins are produced by the Pobjoy Mint, United Kingdom, on behalf of the Treasury of the Falkland Islands. The reverse design is based on the official portrait taken on the Queen’s 90th birthday, and is the final portrait in the series of official portraits. This image includes both the Queen and the Duke in a more relaxed setting. The photos were taken by noted celebrity photographer Annie Liebovitz. 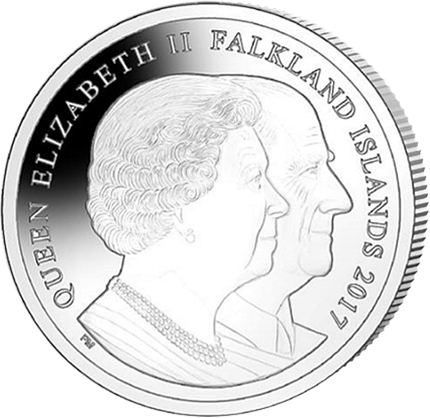 This coin is part of a nine-coin series issued by varying Commonwealth or Crown territories to celebrate the 70th (platinum) wedding anniversary of Queen Elizabeth II and Prince Philip. They are available in both cupro-nickel (Brilliant Uncirculated) and sterling silver (Proof) Further coins will be issued during the year, completing the series. Please visit the website of the Pobjoy Mint for more information on this and other coins offered by the Treasury of the Falkland Islands.   ❑