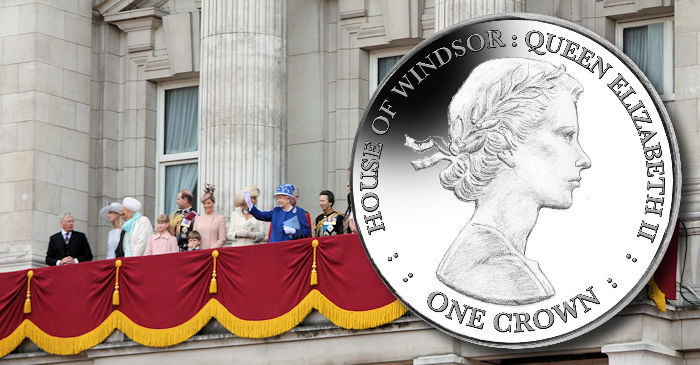 The government and treasury of the Falkland Islands have issued (9th October) a new set of crown coins which mark the centenary anniversary of the establishment of the British Royal House. The Royal House came about due to the circumstances just after the fighting for the Great War began (1914–1918).

The long-established and historic dynasty of Saxe Coburg and Gotha had succeeded to the British throne upon the accession of HM King Edward VII, son of Prince Albert, the prince consort of HM Queen Victoria, whom she had married in 1840. Queen Victoria was the last of the Hanoverians to sit upon the British throne, the dynasty who inherited the throne in 1714 on the death of Queen Anne — who was herself the last of the Stuarts. In 1901, Victoria died after a reign of more than 63 years, and as a consequence, her son Prince Albert Edward — who was a descendant of the Saxe Coburg and Gotha dynasty — became the first of the new house to sit on the British throne.

During the outbreak of the Great War, a conflict which saw the German Empire take up arms against their British counterparts, the notion that a king who was himself the descendant of German royalty was becoming more of an embarrassment and a source of concern. At the height of the fighting, then-King George V took the unprecedented step to renounce any and all of his German titles and honours. As part of his renunciations, he also signed a royal proclamation forever changing the name of the British Royal House to that of Windsor — the name of the castle and historic seat of former English royal families — on the 17th July 1917.

To date, the Royal House has provided four sovereigns including the country’s present Queen, Elizabeth II, who ascended the throne on the 6th February 1952. Since their establishment 100 years ago, there have been several notable occurrences such as the 25th anniversary of the Silver Jubilee of house founder King George V in 1935. In 1936, known as “The Year of Three Kings,” the United Kingdom saw the death of George V in January, the accession of his eldest son HM King Edward VIII (who abdicated the throne in December the same year), and the accession of George V’s second son, Prince Albert, as HM King George VI. King George VI was also the father of Queen Elizabeth II. In 1952, King George VI died at the age of just 56, and was succeeded by his young daughter, Princess Elizabeth, who in September 2015 became the longest-reigning English or British sovereign, surpassing her great-great-grandmother Queen Victoria.

The crown coins are produced by the Pobjoy Mint, United Kingdom, on behalf of the treasury of the Falkland Islands, and feature renditions based on the original effigies which appeared on British coinage during the reigns of the respective sovereigns over the last century. In the case of King Edward VIII, who abdicated before coinage was officially issued with his portrait, the coin includes the approved effigy. The first effigy of Queen Elizabeth II, introduced in 1953, is used for this set of coins. 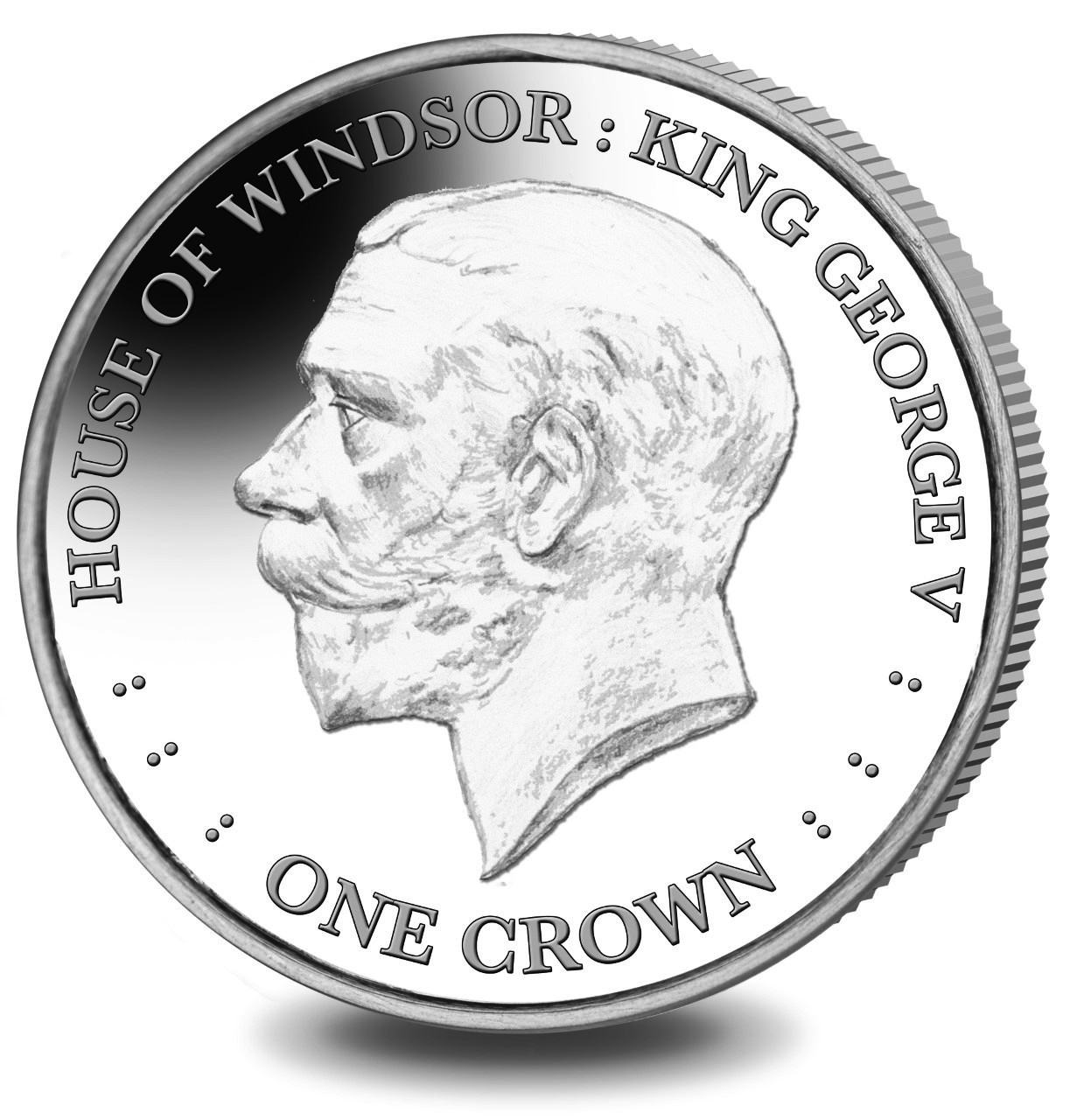 The founder of the House of Windsor and the man who, during the First World War, proved a great monarch, inspiration, and role model. He also had a very active role in improving the popularity of the monarchy and even placed Buckingham Palace on austerity footing whilst he and Queen Mary conducted morale-boosting tours. 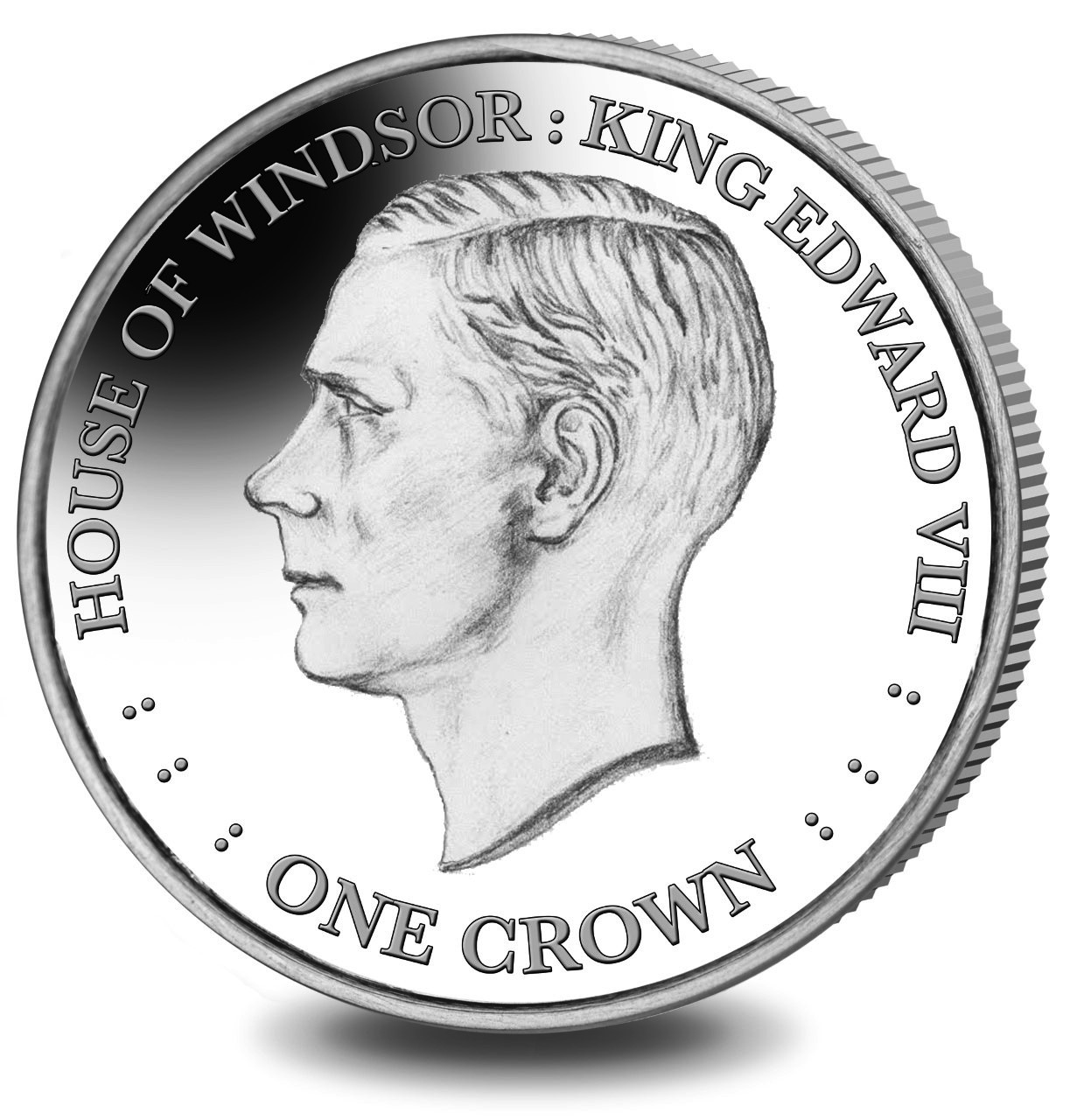 Upon the death of his father, he acceded to the throne in 1936, but was never formally crowned. He faced a difficult decision between his public duties and a life with his companion, Wallis Warfield Simpson, who was deemed unsuitable to marry and become queen. Therefore, in his act of abdication in December 1936, he formally declared that he and any children he may have would not inherit the throne. This allowed his younger brother, the Duke of York, to succeed in his place. 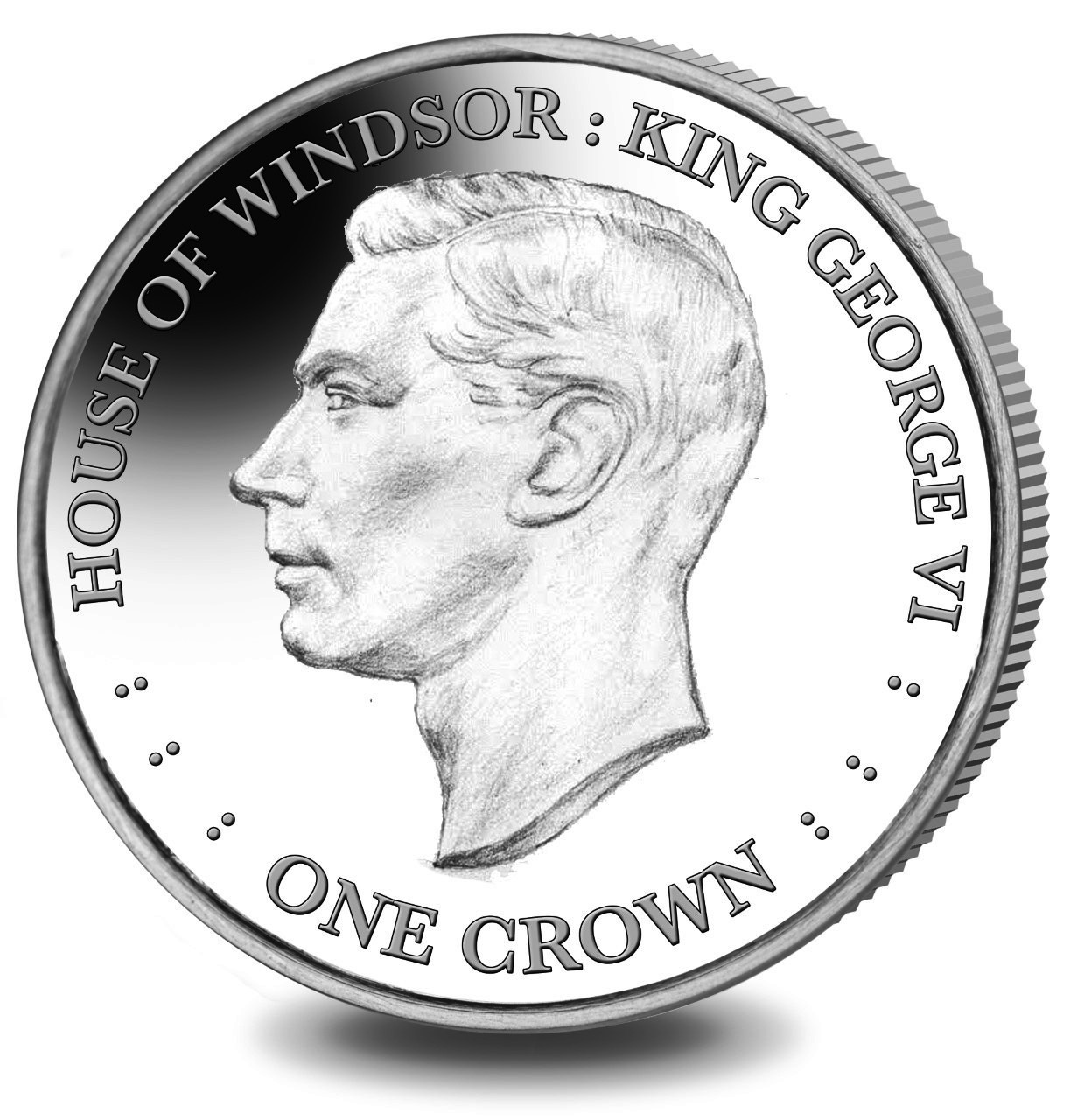 Prince Albert Frederick Arthur George, the Duke of York, never expected to be king, but following his brother’s abdication, he acceded in December 1936 as George VI (his fourth given name and that of his father). He overcame a speech impediment and his shy nature, and with the help of his wife, Lady Elizabeth Bowes-Lyon, became a strong figurehead during the Second World War — even refusing to leave London during the Blitz. George VI passed away in 1952 and was laid to rest in St. George’s Chapel, Windsor Castle. 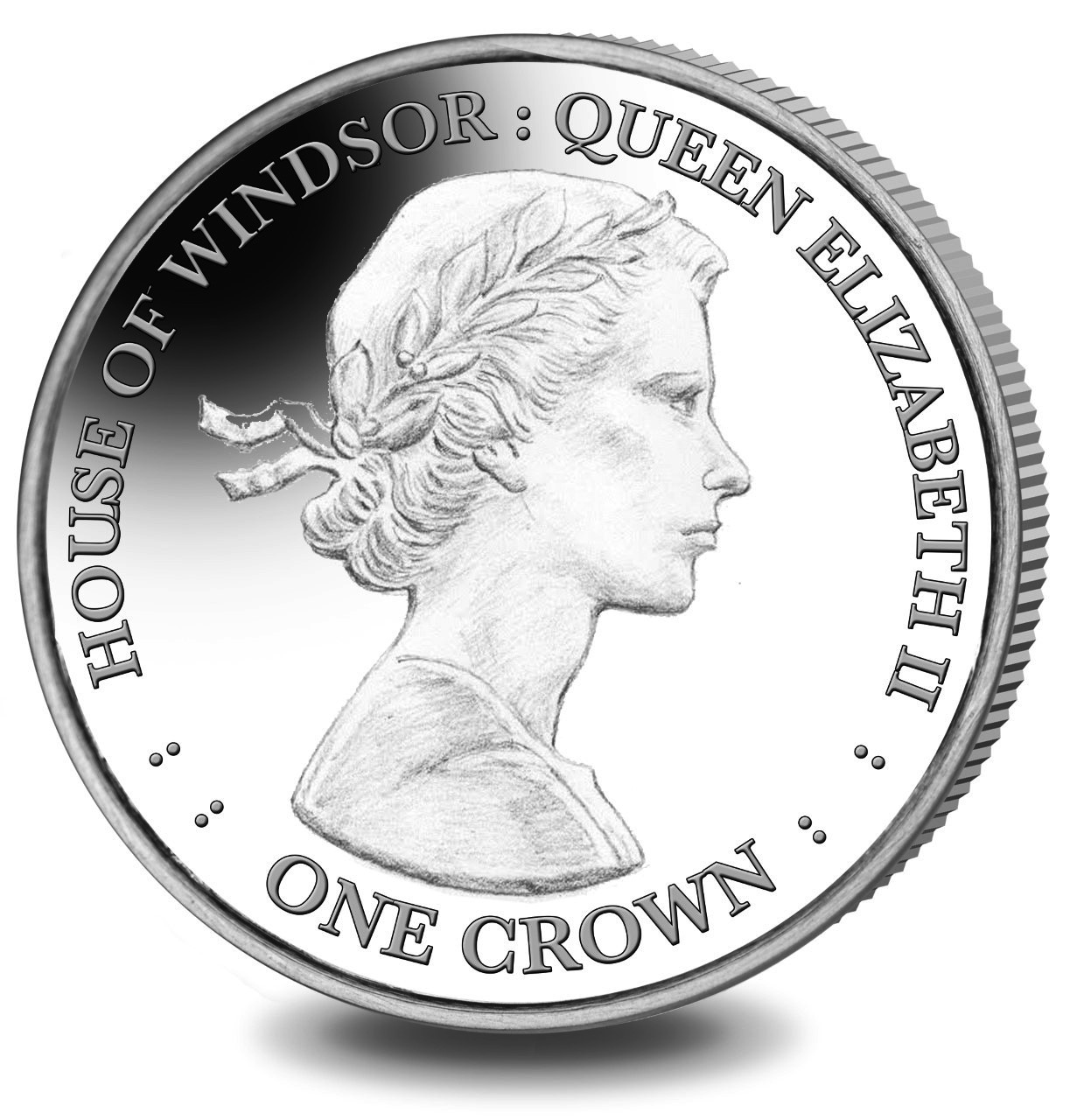 Crowned at the young age of 27, HM Queen Elizabeth II is now Britain’s longest-reigning monarch, and will be celebrating the Sapphire Anniversary of her Coronation in 2018. She has dedicated her life to the nation and has travelled all across the world, attending countless public engagements each year. To date, Queen Elizabeth II is the longest-serving, the longest-living, and the longest-married British or English sovereign who has sat upon the British throne. She has ruled for 65 out of the 100 years the Royal House of Windsor has been in place. 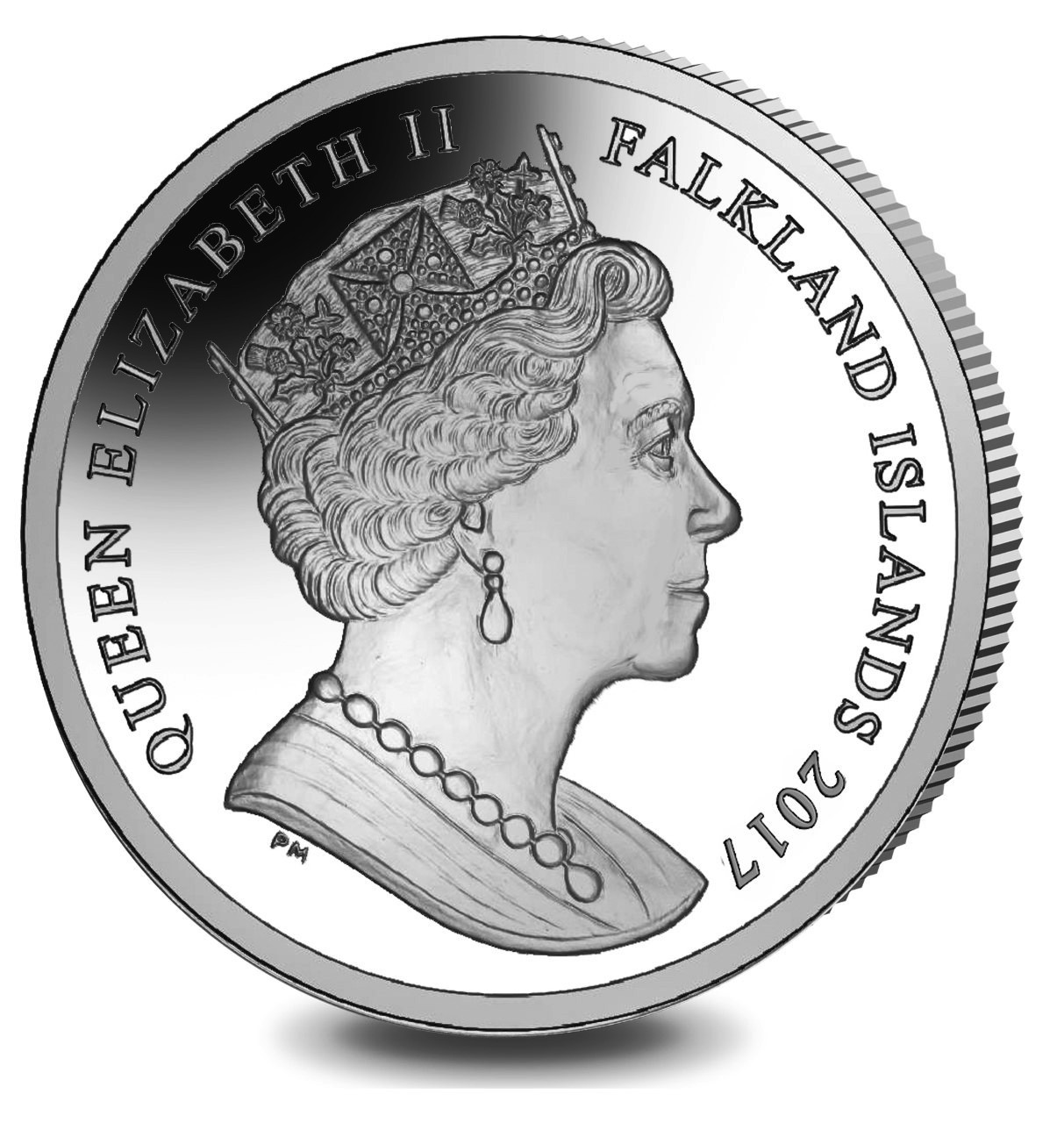 The obverse of each coin features an exclusive effigy designed by the Pobjoy Mint which captures HM Queen Elizabeth II in fine detail. 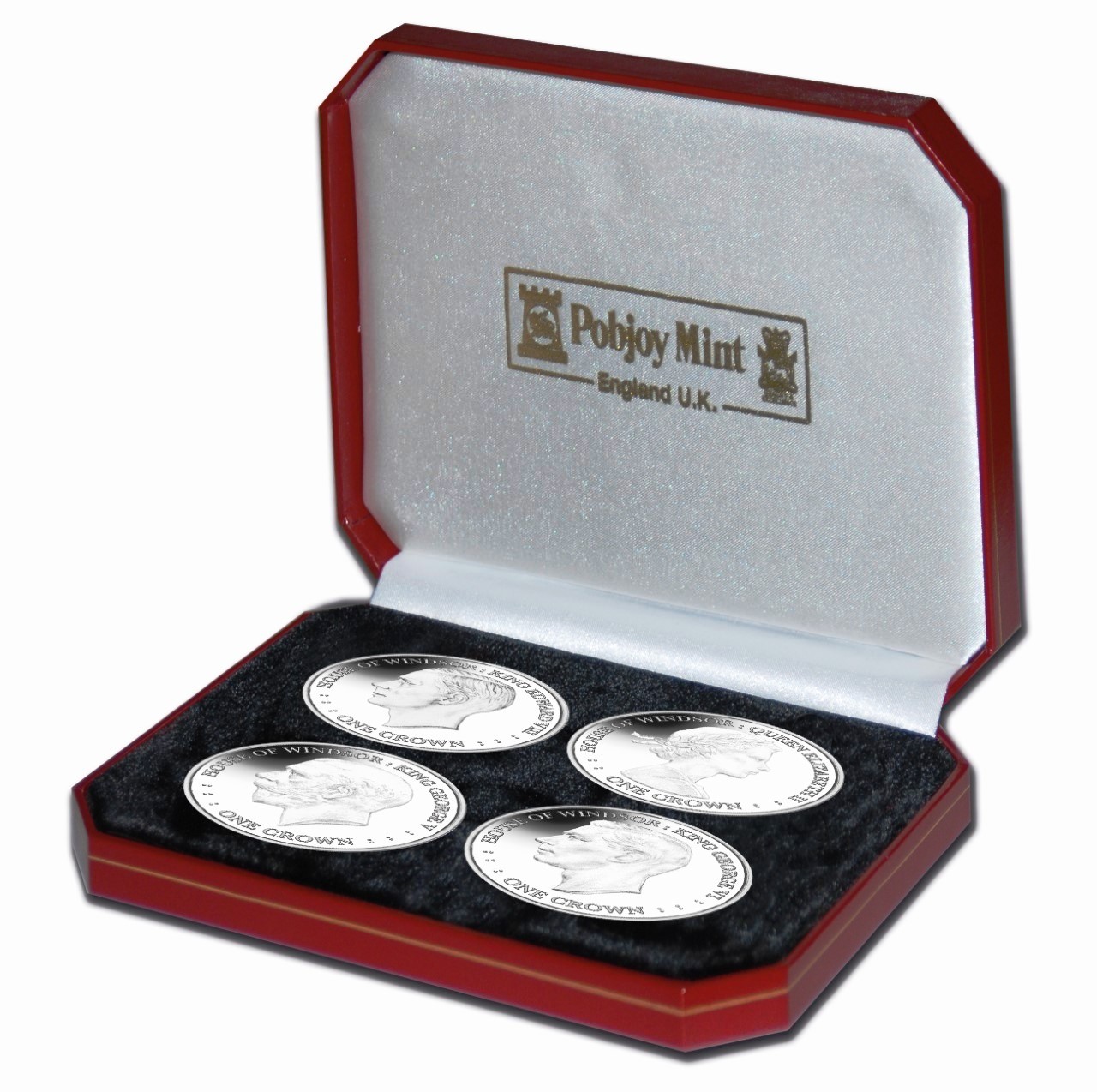 The House of Windsor sterling silver four-coin sets are encapsulated individually and housed in a custom red presentation case accommodating all four coins together with a certificate of authenticity. The cupro-nickel coins are shipped in a blue protective pouch. For more information on these and other coins issued by the government and treasury of the Falkland Islands, please visit the website of the Pobjoy Mint.