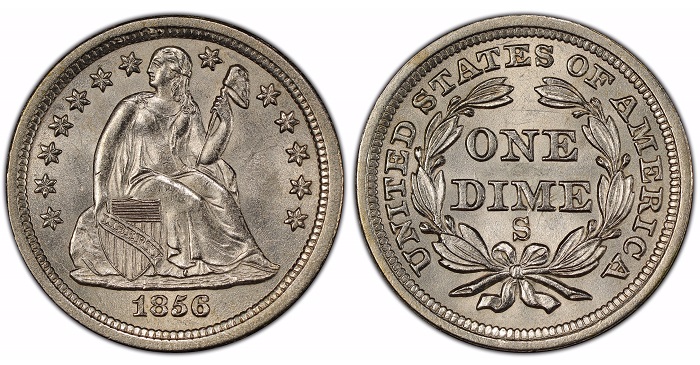 (Brea, California) June 14, 2019 — The S.S. Central America, the famous “Ship of Gold” that sank in 1857 carrying tons of California Gold Rush-era treasure, continues to reveal astonishing numismatic surprises. The latest find is an extremely rare mint condition 1856 San Francisco Mint Liberty Seated silver dime that is now tied for finest known and described as a “miracle” coin by one of its discoverers.

Recovered in 2014 with thousands of other dimes in the ship purser’s iron lock box but only recently examined and cataloged, the coin now has been graded PCGS MS-65 CAC. It is one of only two known at that grade and with none higher.

“The 1856-S dime has an incredibly rare mintage of only 70,000; a mere $7,000 in face value. In fact, the Professional Coin Grading Service Population Report indicates only 11 Uncirculated 1856-S dimes that weren’t put into circulation or melted! This example stayed pristine with full luster after a century and a half in the ocean environment,” said Dwight Manley, managing partner of the California Gold Marketing Group (CGMG).

“It is among the crème de la crème, the best-of-the-best of coinage from this amazing sunken treasure,” stated Manley.

CGMG acquired all the coins retrieved in 2014 from the fabled S.S. Central America as well as most of the coins found in 1980s recovery expeditions. The group took possession in January 2018 of the sunken treasure recovered in 2014, and a meticulous coin-by-coin, ingot-by-ingot examination has continued since then.

“We will publicly display this top rarity for the first time at the American Numismatic Association’s 2019 Chicago World’s Fair of Money, August 13-17, at booth 1615,” announced Manley.

PCGS officials say it was a thrilling moment when the coin arrived there for grading.

“The recovered treasure from the S.S. Central America continues to put the PCGS grading team in awe. Seeing a silver coin that spent well over 100 years at the bottom of the ocean emerge in such incredible condition is a numismatic dream,” stated Brett Chaville, president of PCGS, which has certified all the recovered S.S. Central America coins submitted by CGMG over the years.

John Albanese, president and co-founder of Certified Acceptance Corporation (CAC), described the 1856-S dime as, “A beautiful frosty gem! Hard to believe it was on the bottom of the Atlantic Ocean for 157 years!” 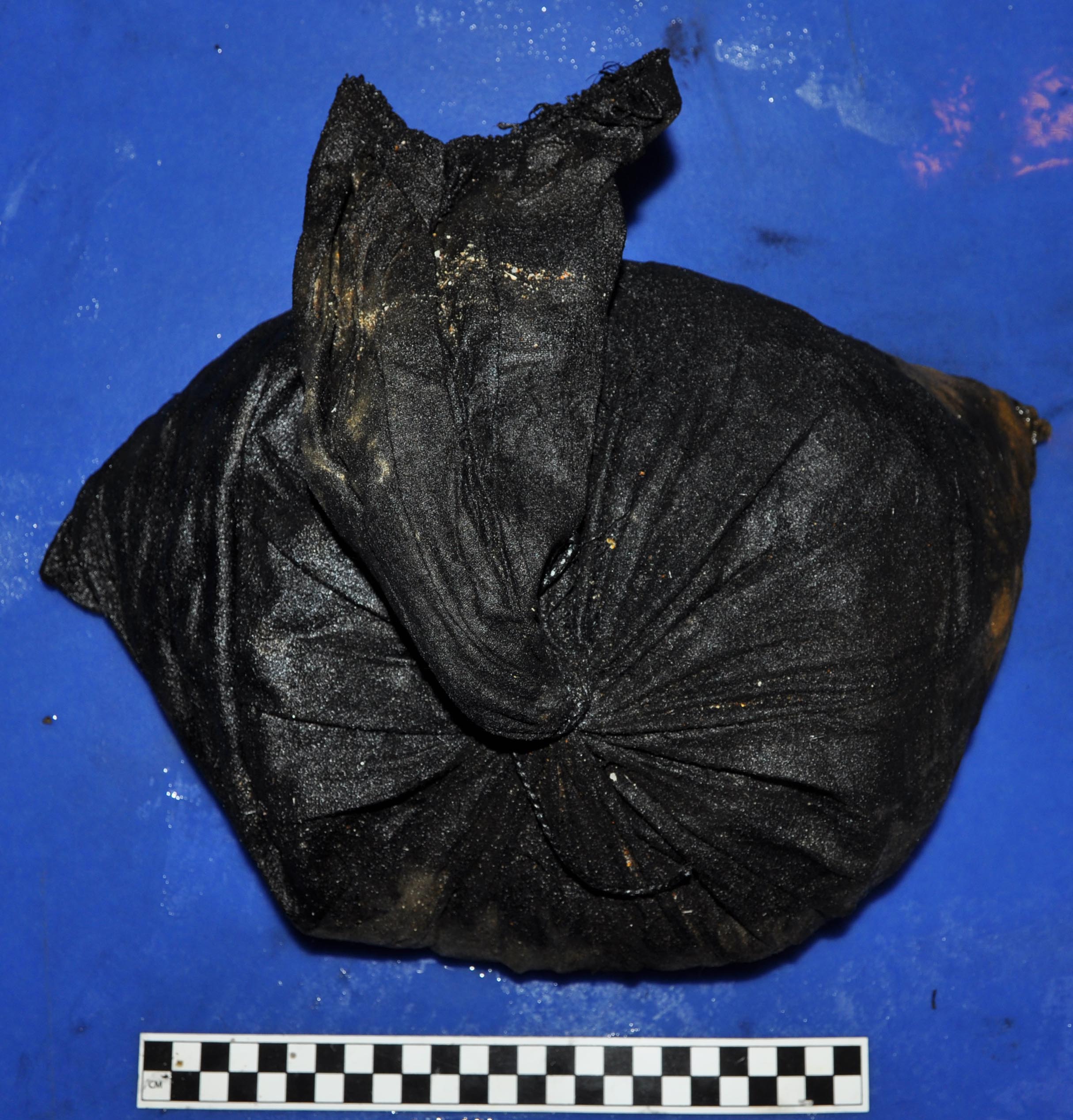 The rare 1856-S dime was recently discovered among thousands of other silver dimes in this soccer-ball size canvas bag in the S.S. Central America purser’s lock box. The bag is shown here still unopened and moments after its recovery from the Atlantic Ocean in 2014. Photo credit: California Gold Marketing Group. Hover to zoom.

During the 2014 recovery expedition, two canvas bags were found in the bottom of the lock box, and one bag contained more than 8,000 dimes.

“It quickly became obvious that this was the ‘cash box’ of the ship, a truly marvelous historical find,” said Bob Evans, the chief scientist on the 1980s mission that first located and recovered a portion of the fabulous sunken treasure and who served in that same role and as a numismatist with the 2014 recovery.

“I saw the 1856-S after I already had examined around 4,000 other dimes from the purser’s bag. That big bag sat in the dark, cold, swampy, anaerobic (lack of oxygen) interior of an iron safe for 157 years. But when I first saw it, I could see this dime was mint state,” explained Evans.

“I saw the obverse first and assumed it was an 1856 New Orleans Mint or a Philadelphia Small-Date in high-grade, not uncommon among these dimes. I flipped it over expecting to see either no mint mark or an O. I remember my audible, ‘Well, at long last!,’ somewhat stunned response to the S mint mark dime as I held it in my gloved fingers. It is truly a wonderful, miracle coin, and the fact that it is the only 1856-S dime from the S.S. Central America treasure makes it all that much more special,” stated Evans.

The S.S. Central America was a 280-foot long, three-masted side-wheel steamship carrying tons of California gold that had been shipped from San Francisco to Panama when she sank in a hurricane on September 12, 1857, during the final leg of a voyage from Aspinwall (now Colón), Panama to New York City. There were 578 passengers and crew on board, but only 153 survived.

The loss of the ship’s gold cargo was a major factor in the economically devastating financial panic of 1857 in the United States.

In a court-approved transaction in November 2017, the California Gold Marketing Group acquired all the treasure recovered in 2014 from Ira Owen Kane, Receiver for Recovery Limited Partnership and Columbus Exploration, LLC. In 1999, CGMG acquired all of the available S.S. Central America treasure that was recovered in the 1980s.

A complete list of all the items recovered in 2014 will be published in an upcoming book, America’s Greatest Treasure Ship: The S.S. Central America, by esteemed numismatic author Q. David Bowers and Manley.