After five years of planning & preparation involving thousands of people literally from all over the world providing logistics and expertise, the EXPO 2015 Milano got off to an amazing start when the EXPO pavilion was officially opened to an awaiting crowd who had lined up from the early morning hours to be among the first visitors to the six-month long multi-national celebration. 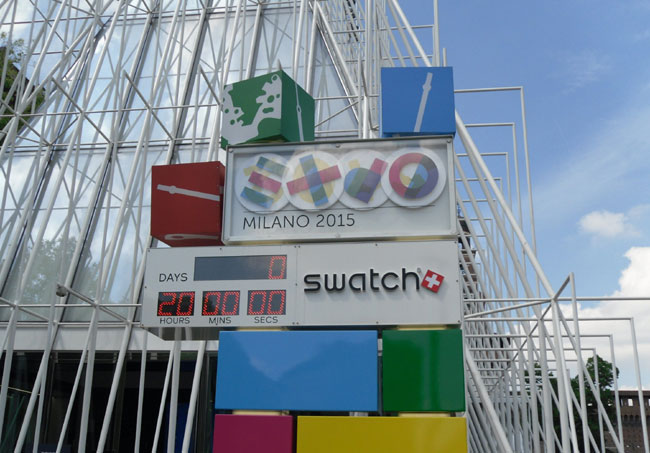 Just 20 hours to go before the EXPO official opening. 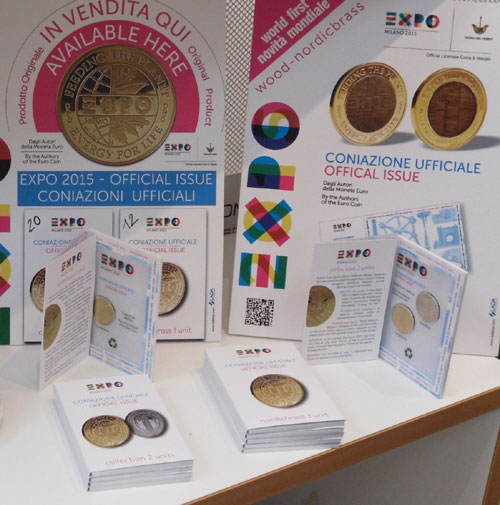 The single and two-coin set is the best selling and most popular EXPO souvenir.

With less than one day to go before the EXPO opening inauguration, the EXPO 2015 Milano official souvenir medal was named as the event’s fastest-selling and most popular item associated with EXPO. The single medal was the best-selling item followed by the two-coin medal set. Both items were reported to have run out of stock at the EXPO’s “Gateway” information and ticket center, situated just in front of the Milan’s Sforza Castle or Castle Square. The newly built structure serves as a convenient ticketing outlet as well as official souvenir retail outlet. The managers of the retail outlet reported that the souvenir medals were by far the best selling item with some customers purchasing the one and two-coin folders in multiples of five to ten pieces with one customer recently purchasing 50 pieces in one transaction. The EXPO 2015 Milano presentation “supersized” medal took pride of place in display at the front window of the retail centre. 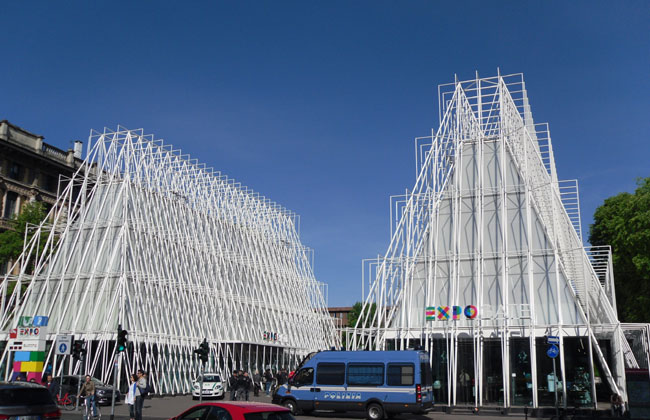 EXPO Gateway ticketing and retail centre in the center of Milan 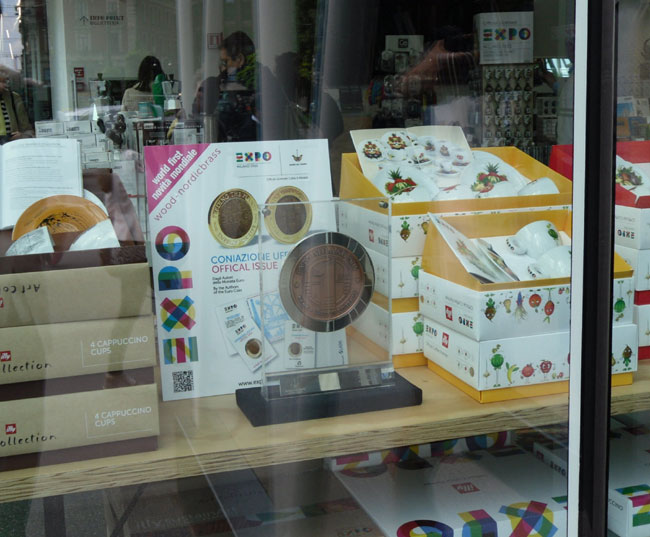 The festivities were kicked off the night before with an open-air concert staged in front of the legendary Duomo di Milano, the exquisite Cathedral situated in the heart of the northern Italian city renowned for automotive design & manufacture, clothing design and fashion as well as some of the best Italian cuisine. The concert, which included opera singer Andrea Bocelli and La Scala’s Orchestra Chorus was open to all visitors who watched the festivities on large-screen monitors and also by ticketed seating. 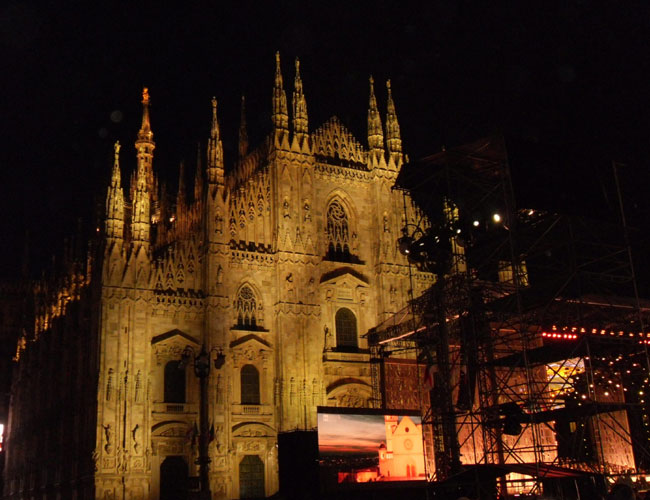 Duomo all lit up for open-air concert

The day of the opening – with a chance of rain was deemed a huge hit by media and invited guests alike as the ceremony included addresses by the Prime Minister of Italy, Mr. Matteo Renzi as well as a live broadcast from Vatican City by His Holiness Pope Francis who praised the EXPO for its ethical message of “Feeding the Planet – Energy for life” who concluded with the words “bread and work for everyone” With additional addresses by both the President of the Lombardy region as well as the President of the Bureau International des Expositions, Mr Ferdinand Nagy, the Italian Prime Minister signed the decree which officially opened the EXPO and with a fly-past from the Italian Air Force, the opening ceremony concluded, with just a hint of rain-mist in the air! 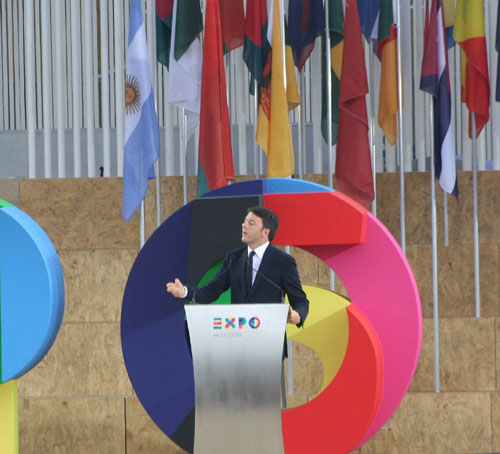 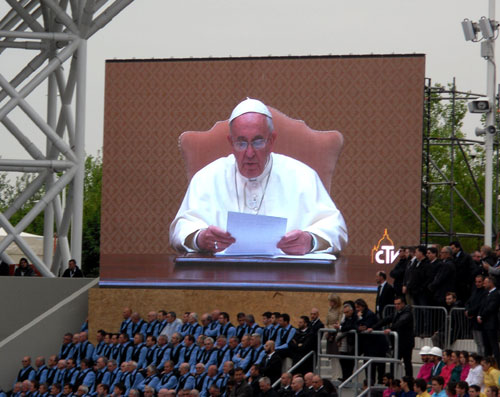 The EXPO 2015 Milano includes pavilions from more than 140 countries and territories and will be opened until the 31st October. A visit to Milan during the next six months should include a stop-over to the EXPO which is easily accessible from the center of the city by various routes. 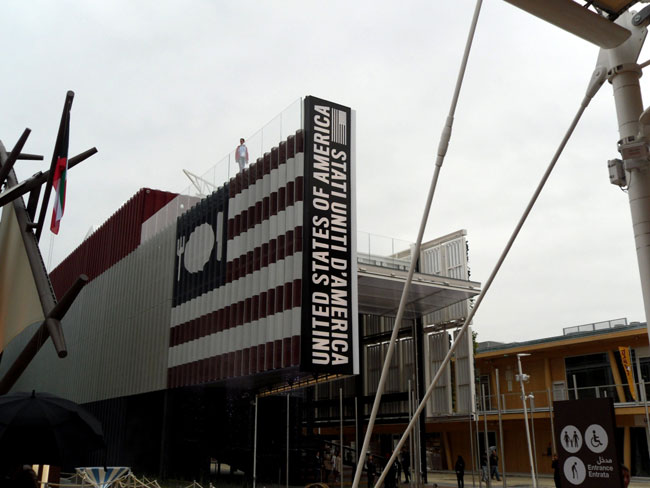 The USA Pavilion at the EXPO includes open air balcony