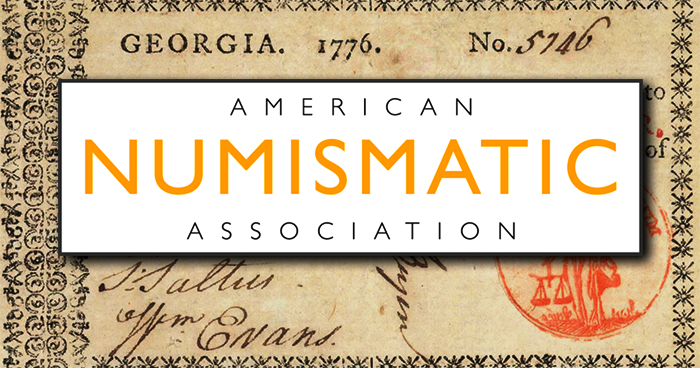 The American Numismatic Association (ANA) presented 49 competitive exhibit awards at the 2017 World’s Fair of Money in Denver, Colorado. Winners were announced at the exhibit awards presentation and reception on August 4, and at the awards banquet that evening. 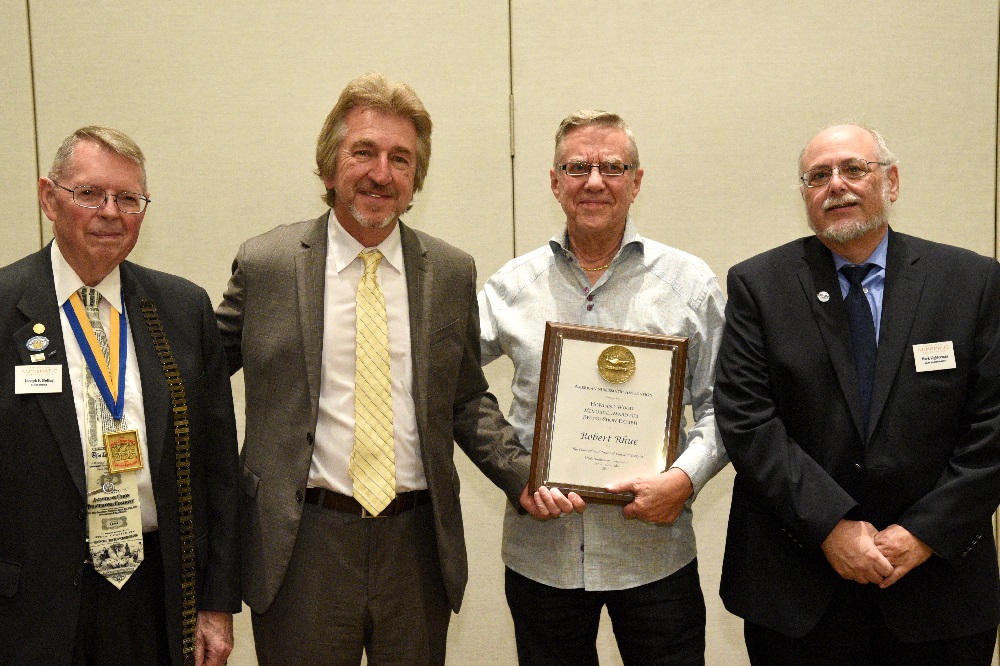 Robert Rhue received the Howland Wood Memorial Award for Best-in-Show for his exhibit, “The Colored Seal Notes of Colonial Georgia.” 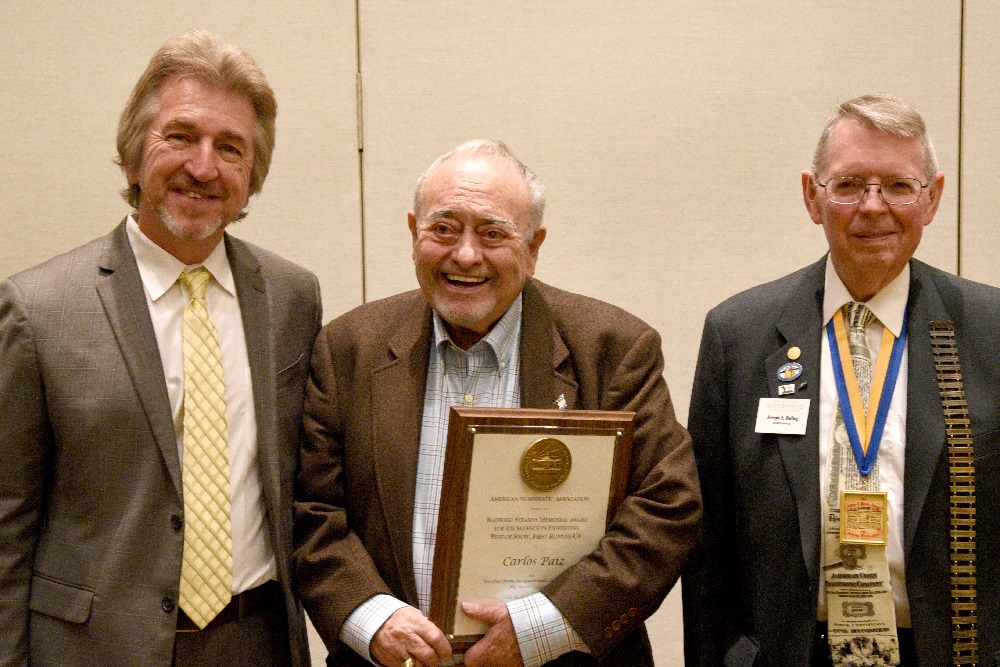 The Radford Stearns Memorial Award for Excellence in Exhibiting, presented to the first and second runners-up, was awarded, respectively, to Carlos Paiz for “Rarities from the Guatemala Colonial G and NG Mints 1733- 1821,” and to Michael Shutterly for “Remember the Ladies: The Empresses of Rome’s Severan Dynasty, 193-235.”

The Thos. H. Law Award for the best exhibit by a first-time exhibitor also went to Carlos Paiz for “Rarities from the Guatemala Colonial G and NG Mints 1733-1821.” 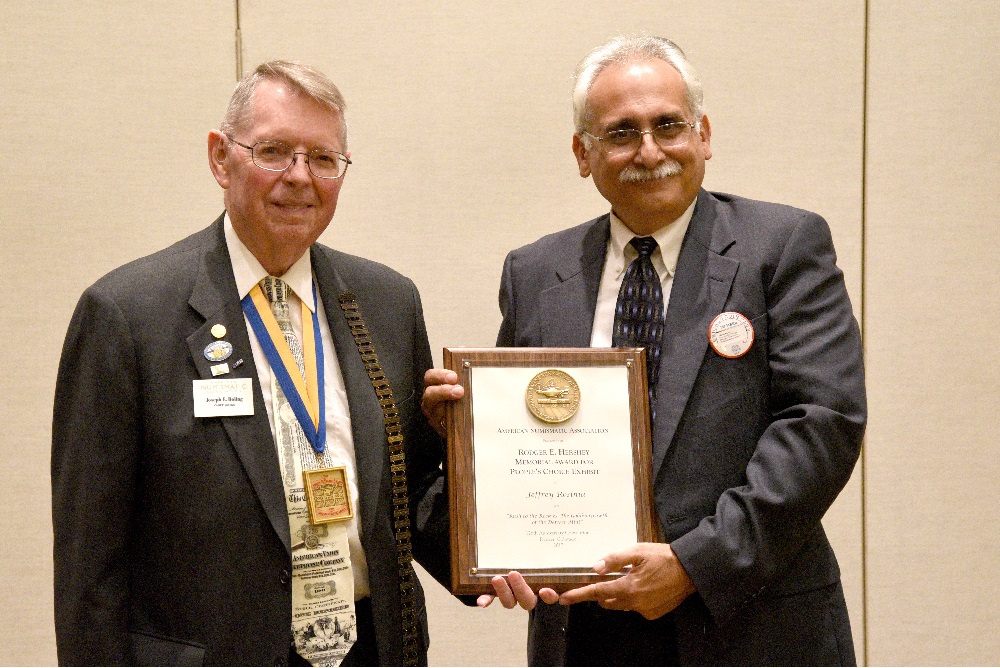 The Rodger E. Hershey Memorial People’s Choice Award, selected by convention attendees, was won by Jeff Rosinia for “Rush to the Rockies: The Golden Growth of the Denver Mint.” 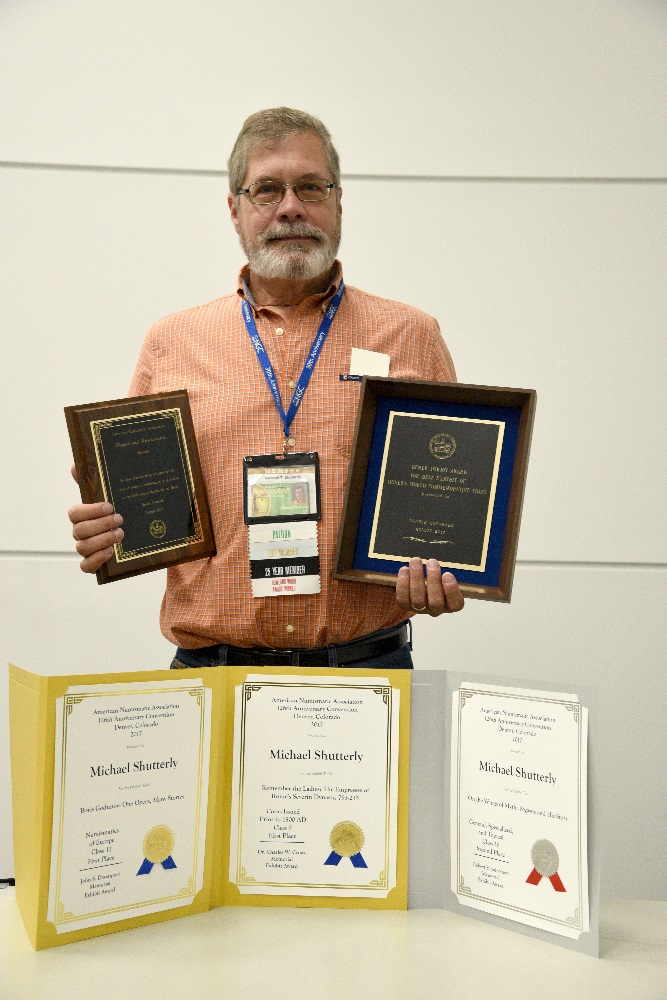 Michael Shutterly also received the Women in Numismatics award for his exhibit “Remember the Ladies: The Empresses of Rome’s Severan Dynasty, 193-235.”

Carlos Paiz received the Ira & Larry Goldberg Award for the best exhibit of “Coins that Made History” for “Rarities from the Guatemala Colonial G and NG Mints 1733-1821.”

Class 3: Medals, Orders, Decorations, and Badges; Burton Saxton/George Bauer Memorial. Medallic items not used as a medium of exchange, or not having trade value. Orders and decorations, convention badges, and badges issued by fraternal orders or other organizations. Excluded are Masonic pennies and tokens included in classes 5-8. 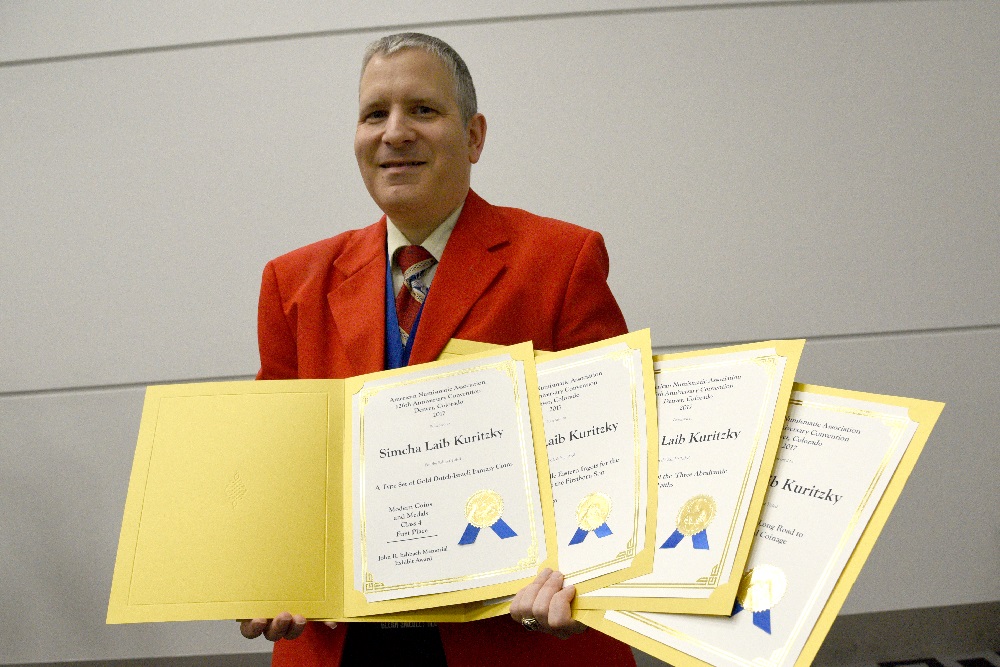 Class 5: Tokens, B.P. Wright Memorial. Items, including encased postage, issued as a medium of exchange for goods and services or for advertising purposes, but excluding American colonial items included in class 1. Includes Masonic pennies and substances used in lieu of metal.

Class 6: Casino Chips and Gaming Tokens, Archie A. Black Award. Items of all types and materials used as gaming pieces, including traditional and non-traditional tokens and other money substitutes, and including tokens used in military clubs. 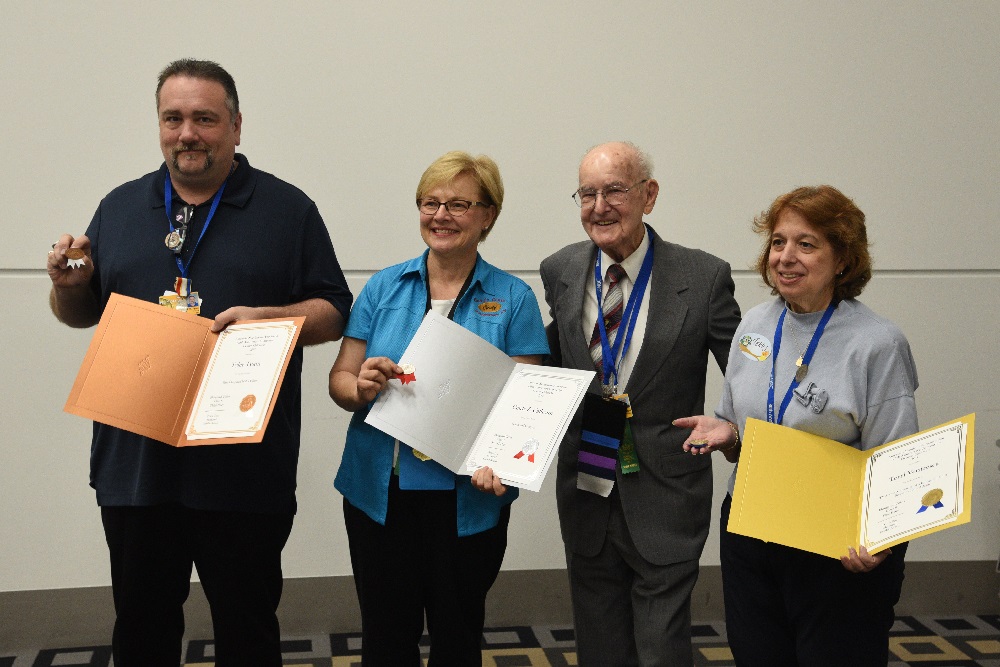 Class 10: Regional U.S. Numismatics, William C. Henderson/Fred Cihon Memorial. Numismatic material of any type specific to a particular region of the United States, such as the locale where the exhibit is being presented.

Class 11: Numismatics of the Americas, Henry Christensen/John Jay Pittman Sr. Memorial. Numismatic material of any type issued or used in the Western Hemisphere outside the United States.

Class 12: Numismatics of Europe, John S. Davenport Memorial. Numismatic material of any type issued or used in Europe, including Russia east to the Urals.

Class 14: Numismatics of Asia and the Pacific, William B. Warden Jr. Memorial. All numismatic material issued or used in Asia east of the Urals and Iran, and in the Southeast Asian, Australasian, and Pacific islands (excluding Hawaii under the U.S.).

Class 16: Numismatic Errors and Error Varieties, Numismatic Error Collectors Award. Any numismatic material mis-struck or misprinted by the producer, including varieties caused by die or plate deterioration or damage. Items mutilated or altered after production are excluded.

Class 18: General, Specialized, and Topical, Robert Hendershott Memorial. Numismatic material not covered in other classes or covered by more than one class. Includes wooden money, political buttons and insignia, and other exonumia, as well as media of exchange used in carrying out purchases and business transactions by primitive people and later by others as they progressed from barter to coins, or other items generally accepted as primitive or odd and curious currencies. Also includes exhibits showing material linked by design, such as elephants or bridges, or by theme, such as a world’s fair.

Class 19: Convention Theme, Clifford Mishler Award. Numismatic items of any type that, together with the exhibit text, illustrate the announced theme for the convention at which the exhibit is shown. The 2017 convention theme was “Rush to the Rockies.”

Class 21: Emeritus, Barry Stuppler Award. Exhibits by individuals not otherwise eligible to exhibit competitively, or exhibits that have won best-of-show or twice won in class competition at the World’s Fair of Money. Any other exhibit may also be entered at the exhibitor’s option. The winner of this class does not advance to best-of-show judging.

No exhibits entered in this division. 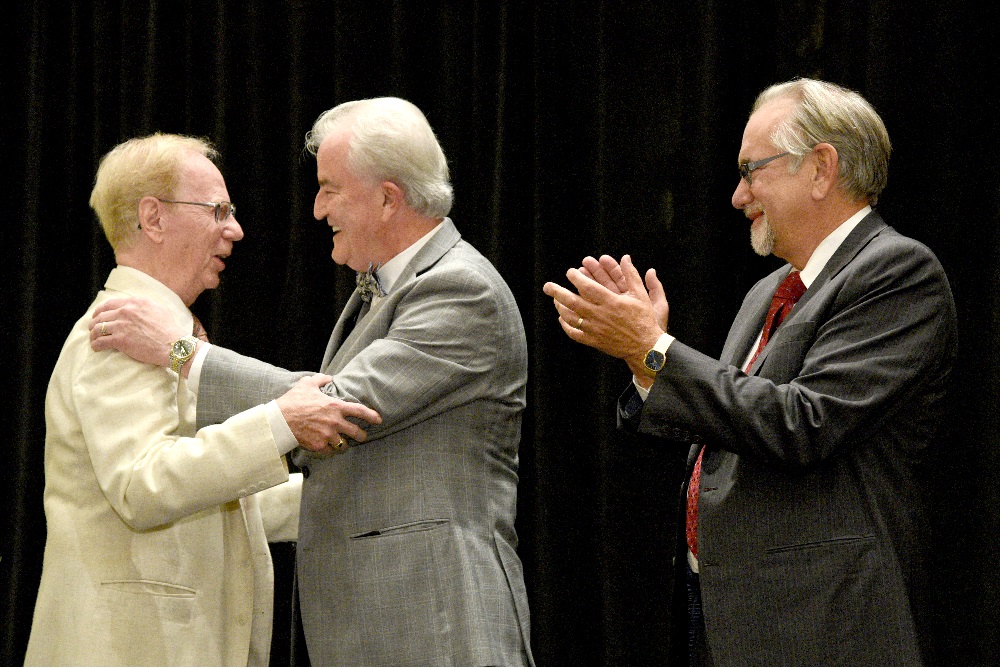 The American Numismatic Association is a congressionally chartered nonprofit educational organization dedicated to encouraging people to study and collect money and related items. The ANA helps its 25,000 members and the public discover and explore the world of money through its vast array of educational and outreach programs, as well as its museum, library, publications, conventions, and seminars. For more information call (719) 632-2646 or visit the website of the American Numismatic Association.