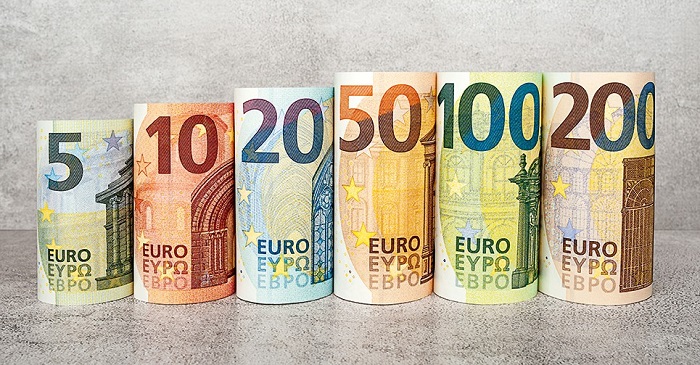 The European Central Bank has released (26th July) their latest statistics about the level of counterfeit banknotes intercepted in circulation, with the ECB reporting a decrease of 4.2% compared to the second half of 2018, and 16.6% less than in the first half of 2018.

The European Central Bank recorded some 251,000 counterfeit euro banknotes were withdrawn from circulation in the first half of 2019. The ECB contends that the likelihood of receiving a counterfeit banknote is still very remote, taking into consideration the number of genuine banknotes in circulation.

Statistics from the first half of 2019:

Since the first series of banknotes was issued, the European Central Bank and the 19 national central banks of the euro area have encouraged people to be vigilant when receiving banknotes. Members of the public can check their notes by using the “feel, look, and tilt” method described in the “The Euro” section of the ECB’s website. In 2013, a new series of banknotes with increased security features and modified designs was introduced. This began with the €5 and just finished in May 2019 with the release of both the €100 and €200 denominations. The statistics from the ECB do not differentiate which series of banknotes the counterfeits replicated, as both series are legal tender. The ECB announced in May 2016 that it would no longer issue or produce the banknotes, and, as a result, the highest denomination was not included in the newly upgraded “Europa” series.

Any person that thinks they may have received a suspect banknote should compare it directly with one which is known to be genuine. If any suspicions are confirmed, please contact the police, or, depending on the national practice, the national central bank or a retail and commercial bank for further advice.