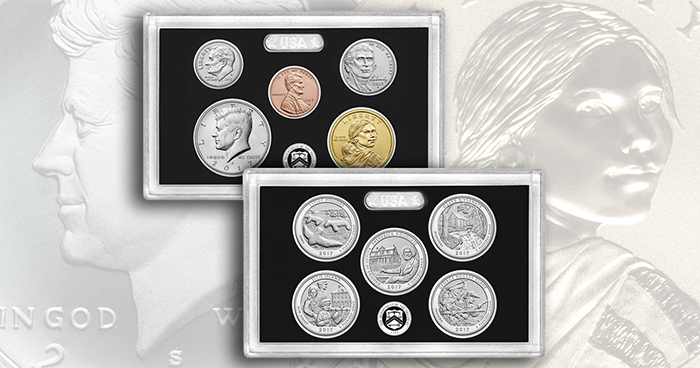 Update (8/15/17, 9:45 a.m.)—Reader dreamcatcherscott noticed that the sets are restored to available status as of this morning. A quick look indicates that the Mint has more than 100 in stock. This may be the last round of availability, or there may be one or two more, depending on how many returns are processed in the coming weeks. Coin Update will continue to report any changes in status.

To collectors who were disappointed at the quick sellout of the 225th Anniversary Enhanced Uncirculated Set (17XC), then delighted at their return to availability a few days later, then concerned by the lack of a quick sell-out thereafter: you may be happy to know that today marks the second (and likely final) sell-out of the limited-mintage sets, the supply of which was restricted to 225,000. Strictly speaking, the sets won’t be considered “sold out” until the Mint lists them as such on their product page; for now, they’re labeled “currently unavailable.”

As with most new Mint products, it’s impossible to pinpoint what the value of these sets will be in the future. A couple of data points do exist, however, from which to extrapolate:

It seems unlikely that anyone will make out like a bandit with the 2017 Enhanced Uncirculated coins. But 10 or 15 years from now, when the collectors with one or more 17XC’s stashed in a drawer take them out again, they’ll be glad they spent $29 back in 2017.