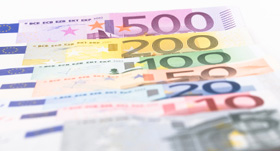 Europe’s financial problems are so dire that last Friday Herman Van Rompuy, the president of the European Council, called a meeting to be held in Brussels on July 21.  Instead of the typical attendance by representatives or maybe even finance ministers, he directed that all heads of state of the European Union attend.  He said, “Our agenda will be the financial stability of the Euro area as a whole and the future financing of the Greek program.”

The problem facing the 17 countries that officially use the Euro is that nations that have relatively strong fiscal policies such as Germany, France, the Netherlands, and Luxembourg are balking at flat out guaranteeing the debt owed by weaker nations such as Greece, Ireland, Italy, Spain, and Portugal.

Already, one or more credit rating services have downgraded the credit ratings of Greece, Ireland, and Portugal debt to near or actually at junk status.  Officially, the holders of these debts are reporting such debts as being assets at 100% of face value.  But, absent outright subsidies from other countries, these debts are only worth a fraction of their face value.

The governments of these weaker nations have operated with extreme fiscal irresponsibility—on the same scale as has the US government!  These governments are paying generous retirement and welfare benefits that have no correlation with taxes collected or funds borrowed to pay for these programs.  Unfortunately, the nations other than the US do not have the advantage of issuing a currency used worldwide as the major reverse monetary unit.  By issuing a reserve currency, the US government benefits from the interest-free “loan” of the trillions of US dollars used in international commerce.  Other countries have to come up with payments, collateral, or subsidies from organizations such as the European Central Bank to cover their overspending.

When Greece’s problems came to the forefront over a year ago, there was virtual unanimity among the prosperous members that the Euro-sphere needed to remain intact.  Now that it is obvious that the debt problems are far larger than originally perceived and that they involve several more nations than Greece, the countries providing the subsidies are rethinking their strategy.

That is why tomorrow’s meeting is so crucial.  There is a slight possibility that it could become evident by the end of the meeting that Greece and possibly other nations may leave the Euro.  It is also possible that Greece and other nations will have their debts guaranteed, meaning that all 17 nations on the Euro would absorb significant losses.  I just don’t see any possible option that will satisfy all nations and also keep the existing Euro-sphere intact.

This enormous problem for European nations is hitting at the same time that the US government faces a major moment of truth.  The problem for the US is whether to further destroy the value of the US dollar by continuing to finance soaring budget deficits through inflation of the money supply or to cripple the US economy by trying to be fiscally responsible—again with the result of further knocking down the value of the US dollar.  Whether or not the politicians manage to work out a deal on increasing the debt limit, the financial well-being of Americans will suffer.

In reaction to all this bad news, the price of gold rose for eleven consecutive days.  Gold has not risen that many days in a row since mid-1980!  Gold reached an all-time high, ignoring the effect on inflation, and silver again breached $40.  This time the demand is coming from Western nations as buyers in China, India, and Vietnam sit on the sidelines.  It is highly likely that much of the demand has come from short sellers cutting their losses.  As the prices of gold and silver continue to rise, expect to see holders of short positions become more aggressive at closing out such positions.

I saw one report today that there are so many people in Germany buying physical gold that a number of merchants for the first time are issuing numbers to keep order in their stores.  If the meeting tomorrow creates any heightened fears that Germany may break away from the Euro and that France and the northern countries using the Euro may form their own currency bloc, you could see the prices of gold and silver soar by the end of this week.

As the values of paper currencies fall against precious metals, most people will see their financial wealth decline.  One analyst figures that 98% of the world’s population will suffer enough to reduce their standard of living.  Those in the 2% who will maintain their wealth or perhaps even prosper will include people who own physical gold and silver and a handful of people who are in a protected government position.  It gives me no joy to think he may be close to accurate.  Which side of this divide do you want to be on?