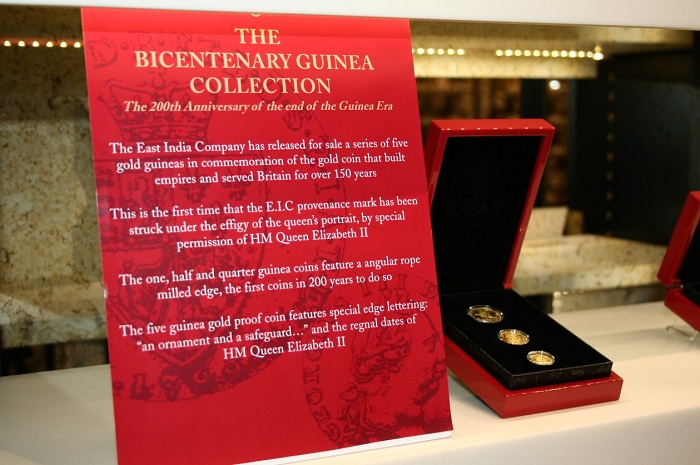 The East India Company have announced (23rd June) the official release of their gold and silver coin collections celebrating the 200th anniversary of the end of the Guinea Era. The new range consisting of five gold and two silver coin options will now be available for purchase in their flagship London and Edinburgh stores from this date.

With the issue of this anniversary range of Britain’s historic and iconic Guinea coins, the East India Company enters into a new chapter of numismatics with the sale of this specially commissioned range of gold and silver coin collections. 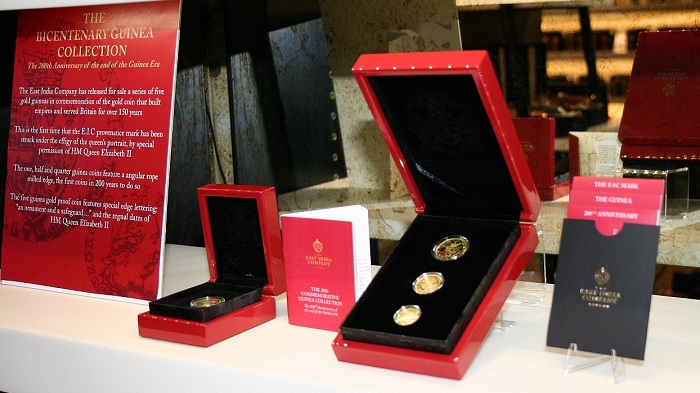 The East India Company’s Chairman and Managing Director, Mr Sanjiv Mehta, commented on the decision to include the gold and silver coin ranges in the two flagship stores by saying, “The East India Company’s history with coins is like no other. It was the only private entity which was given the right to mint its own coinage. Our bullion coin range is a reminder of a time of trade and exploration but equally a tribute to the modern relationship between India and Britain, two nations and cultures merged in history.”

Mr. Mehta further added, “We are committed to minting coins which are of the highest quality, using new and innovative technologies to tell stories and capture moments in history and to be able to view and learn about these authentic coins in our two flagship stores is a very special way to tell the story of the greatest company of all time.”

The launching of the coins on June 23 celebrates one of the greatest gold coinages in the world, the guinea. It was considered the purest, most reliable, and accurate coins of its time, not just in Britain, but internationally, with its dynasty lasting over 150 years. On June 22, 1816, the guinea valued at 21 shillings was replaced by the lighter sovereign coin consisting of 20 shillings with the introduction of the Great Re-coinage Act.

Two-hundred years later, the East India Company, on whose ships the guinea traveled the world, pays homage to the artistry and pedigree of this majestic coin with a series of five gold guineas ranging from the five- guinea piece, the one-guinea, the half-guinea, the quarter- and third-guinea pieces. Each coin features the historic design of the last struck circulating coin of its type. 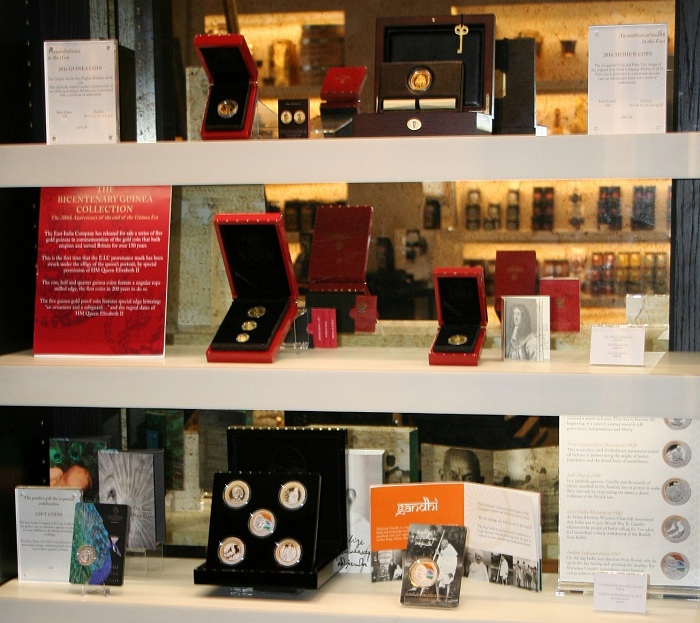 The new Bicentenary Guinea collection and a selection of previously issued coins are available to view and buy in store from June 22, 2016. Customers are invited to view the collections at East India Company stores:

For more information on these and other coins offered by the East India Company Bullion Ltd, please visit their Web site. International sales will be dispatched where applicable.