Dublin’s October Coin show for 2012 was held over the past weekend with a strong showing from interested collectors and spectators seeking high quality items as well as those especially looking for Ireland’s latest collector coins. 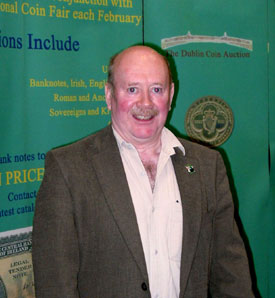 Staged from the 12th to the 14th October at Industries Hall, Royal Dublin Society together with the Dublin Stamp fair who this year, celebrated their milestone 40th anniversary, (both fairs have been held simultaneously for the last 5 years) there was substantial movement on both sides of the hall with great numbers of collectors from both activities enthusiastically crossing over to explore dealers from stamps, coins, banknotes and various collector’s items.

Michael Kelly, The driving force behind the Dublin Coin Fairs, both the February (also known as the Irish International Coin Fair) and October dates which includes the Stamp Fair and both with a very dedicated attendance, has resulted in Ireland’s two most anticipated numismatic & philatelic events. Kelly also organizes the Dublin Coin Auctions in conjunction with the two shows and has been firmly rooted in the numismatic scene now for 20 years. Having migrated from stamps also as a dealer, he was approached in 1998 by the Irish Numismatic association for his expertise in organizing (previously with stamp exhibitions) and under his management, the Irish International Coin Fair has continued annually since. 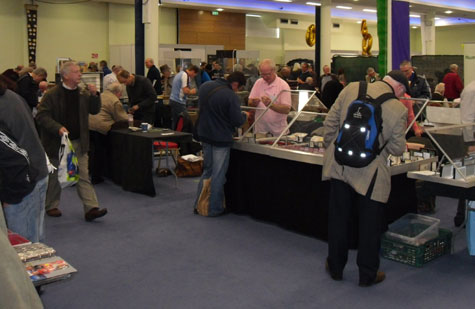 Of particular interest to the many attendees of the Dublin coin fairs not just this weekend but during both show dates, is the commitment by all dealers participating – to offer their expertise in valuations which many attendees readily take advantage of. This service is free of charge and Mike points out that during the recent economic circumstances in Ireland, there have been a lot of treasured items brought to the shows by ordinary members of the public in order to both determine the item’s true value and also to take advantage of the higher prices being paid for quality items and gold coins.

The venue has gone from strength to strength with the dates becoming highly anticipated by collectors and tables being widely sought by dealers. While the February date is larger with more international dealers from the continent, the U.S. & Canada as well as greater attendance by collectors, the October Fair is also well attended as it coincides with the annual “Over 50’s” consumer exhibition – with both events sharing the same venue. Mike explains that many attendants from the over 50’s event routinely visit the Coin & stamp fair, those who are dedicated collectors and again – for the free valuations which are a standard feature during both dates. 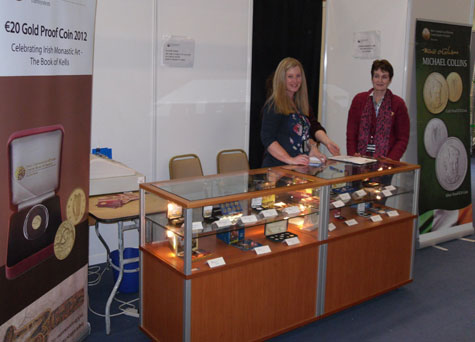 A firm favorite with collectors was the Central Bank of Ireland, offering the remaining Michael Collins commemorative gold €20 coins to collectors – the silver €10 version having sold out within the first week of their release. The Central Bank took the opportunity to advise collectors about the issue date for the last in the series of the “Animals on Irish Coinage” silver crowns – which is due for launch on the 12th December. Just across the hall, the Philatelic Bureau of An Post, the Irish postal service who were on hand to provide the latest issues of stamps, First day covers, souvenir sheets, year sets and everything in-between. A special cancellation stamp was also offered for letters posted from their letterbox, in place especially for the show. Membership in the Numismatic Society of Ireland was being promoted with their representatives offering information on joining the group – sponsors of both Dublin shows. Mike tells me that the dates for the February 2013 show will be on the 23rd & the 24th with the next Dublin Coin Auction being held just two weeks beforehand from the 8th to the 10th.

Coinupdate.com will have more information including contact details for the Irish International Coin show – February 2013 closer to the date.