Under Public Law 111-253, the Congressional Gold Medal will be awarded to Dr. Muhammad Yunus for his contributions to the fight against global poverty.

Dr. Yunus is recognized as the developer of the concept of microcredit and Grameen Bank, which he founded. He demonstrated the life-changing potential and economic feasibility of extending very small loans to the very poor, beginning with a loan of $27 from his own pocket to 42 crafts persons in a small village in Bangladesh. Dr. Yunus was awarded, along with Grameen Bank, the Nobel Peace Prize in 2006 for his efforts to promote economic and social opportunity.

The United States Mint recently presented design candidates for the Congressional Gold Medal to the Commission of Fine Arts (CFA) and the Citizens Coinage Advisory Committee (CCAC) for their review and comment. There were twelve different obverse designs and eight different reverse designs provided.

The CFA reviewed the design candidates at a meeting held on February 16, 2012. During the review, members commented on the “generally unsatisfactory quality of the drawings, including the obverse portraits of Dr. Yunus and the reverse images of human and animal figures.”

The Commission made their recommendation for obverse design alternative MY-O-08 calling it “less problematic than the others.” They did make a suggestion for the use of a background pattern that would be appropriate for the large size of the medal. For the reverse, they recommended alternative MY-R-06 “due to its abstract design which avoids the problematic depiction of what may be misinterpreted as Caucasian women in a South Asian setting.”  The design, which features a lotus blossom, includes an inscription “Let Us send Poverty to the Museum” in Dr. Yunus’ native language. The CFA made a suggestion to reduce the size of the lotus blossom and globe to reduce the sense of crowding at the top of the design.

The CCAC reviewed the design candidates during a meeting held on February 28, 2012. For the obverse, the committee recommended MY-O-03 with the maximum 24 votes. This candidate depicts Muhammad Yunus with a textile from Bangladesh in the background. For the reverse, they recommended MY-R-01, with 15 votes. This design includes the depiction of a woman with a basket of vegetables and two other women in the background. An inscription reads “Banker to the Poor.”

The final designs will be selected by the Secretary of the Treasury. 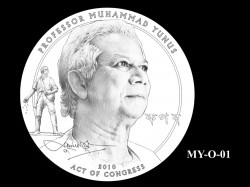 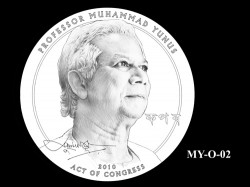 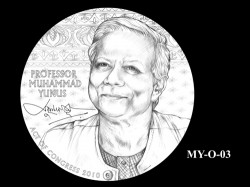 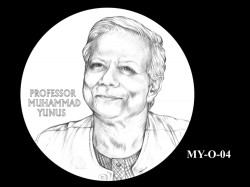 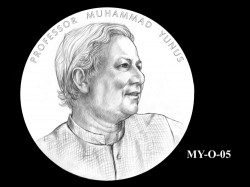 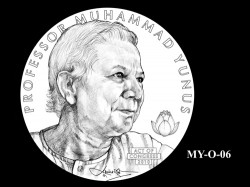 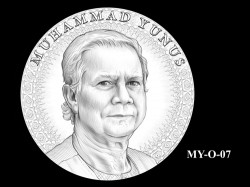 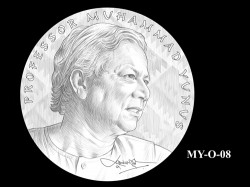 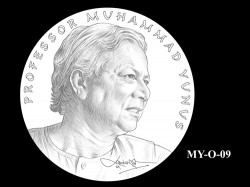 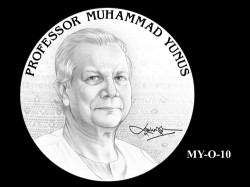 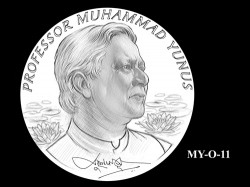 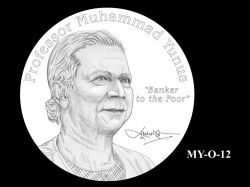 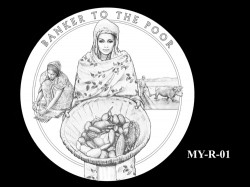 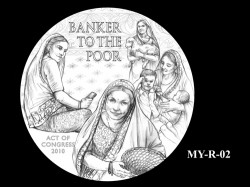 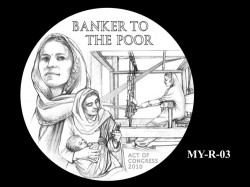 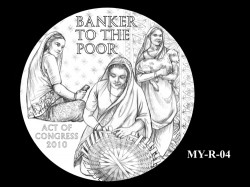 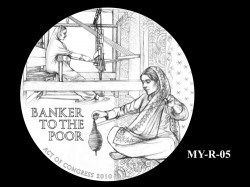 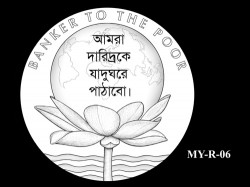 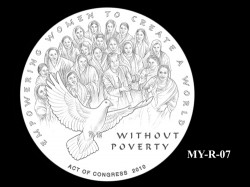 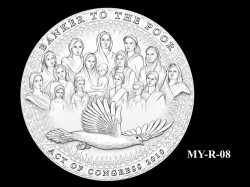