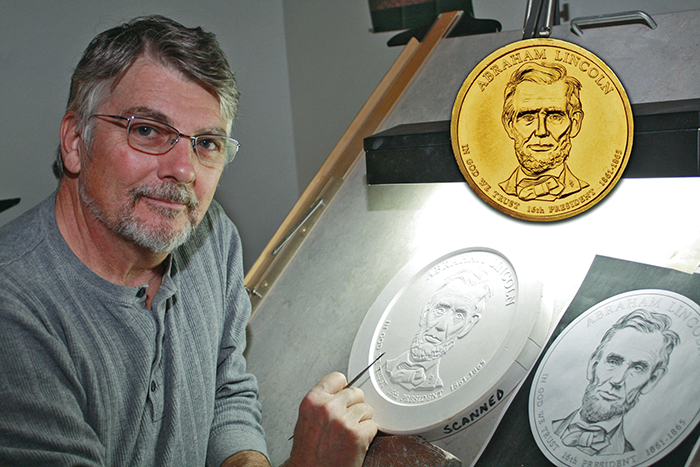 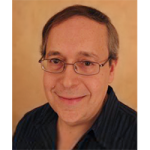 Donald Everhart, a Pennsylvania native who recently retired from the U.S. Mint’s engraving staff after a career that began in 2004, is a prolific artist and medallic sculptor. His work includes designing and sculpting more than 1,000 coins, medals, and other objects over the past four decades. He has received numerous awards for his work, including the American Numismatic Association’s Sculptor of the Year award in 1994. He has said he plans to continue his artistic endeavors working on private commissions.

Mr. Everhart designed or sculpted more than 100 U.S. Mint coins during his tenure working at the Philadelphia Mint, where he rose to become the lead sculptor-engraver. From circulating coins to commemorative coins and Congressional Gold Medals, he has created designs for a wide range of Mint products and often sculpted them, too, and in other cases has sculpted designs prepared by other artists.

While the average person may not know the quarter in their pocket is Mr. Everhart’s work, numismatists and coin collectors who specialize in U.S. coins are well aware of his immense contributions to the field.

His coins and medals tell the story of the American nation and its history and culture. He has created many memorable profiles, from several for the First Spouse $10 gold series to Thomas Jefferson on the Westward Journey nickel, the Dalai Lama Congressional Gold Medal (and its bronze counterparts), and so many others.

His departure from the Mint creates an artistic void that will be difficult to fill. Only four on-staff engravers are left, along with outside artists, like Joel Iskowitz, who are part of the Mint’s Artistic Infusion Program (AIP). At the end of 2016, two other sculptor-engravers retired from the Mint. These shortages, when combined with the hiring freeze imposed on federal government agencies by the Trump administration, means the Mint may need to rely increasingly on outside artists.

Prior to his Mint career, Mr. Everhart received a B.A. of fine arts in painting from Kurztown State University; worked at the Franklin Mint as a coin and medal designer; and worked as a freelance artist for various world mints and companies, including the British Royal Mint, Tiffany, and the Walt Disney Co. His work has been displayed by the British Museum, the Smithsonian Institution, the ANA, and the American Numismatic Society.

I spoke to Mr. Everhart recently about his career, future plans, and other issues.

Asked to describe his particular artistic style, Mr. Everhart said it is “literal and figurative” and that his favorites themes deal with nature, such as reptiles, fish, and so on, as well as portraits, adding that creating profiles of men is one of his strong suits. He said he “does not delve into the abstract.”

As far as whether he has done any painting, a field he studied in college, he said he did some (including some watercolors) right after he completed his fine-arts degree, but that he “feels guilty about it” because he has not had a chance to do painting since then and would like to do so in his retirement.

Louis Golino: Please describe the process you use to sculpt a coin or medal you designed.

“Once I have my design,” Mr. Everhart replied, “I make a transparency and take a round blank that is eight times larger” than the coin will be, “and add a flat layer of clay that is half of the maximum relief… I then overlay the transparency and use tracing paper” to create an outline of the design, then “remove the paper and have the drawing on the clay.”

The next stage he calls “painting with light” because it creates very strong shadows that are useful for the relief. “Then I add and subtract clay. There is no set process, since it depends on the particular project.” Once the clay model is ready, “I then pour plaster on it and then 45 minutes to an hour later, [after it has dried,] I crack it open using razor blades.” This leaves him with “a negative image of what I have sculpted… Once I am satisfied with the negative image, I do the process all over again” to create a “positive plaster model,” which can be further refined if, for example, it is an architectural design with lots of fine details. “At this point I give it to the person who will create a die” used to mint the coin or medal.

LG: Which artists and sculptors have had a significant impact on your work, whether as part of your training as a painter, or later, when you worked with other artists at various mints?

Mr. Everhart explained that his years at the Franklin Mint, where he began as a layout designer, were when he really learned how to design and sculpt coins and medals. During his lunch, he would go and see what the 38 sculptors were doing.

Renowned artists Gilroy Roberts (the U.S. Mint’s ninth chief engraver, best known for designing the obverse of the John F. Kennedy half dollar) and Philip Nathan (now a British Royal Mint artist, best known for his work on the Britannia series) were two artists then at the Franklin Mint who really had an impact on him. He said that when he compared his own work to Nathan’s at the time, he felt there was a big gap that needed to be addressed.

In addition, several artists from the Brookgreen Gardens (a sculpture garden in South Carolina, which holds workshops where artists such as Heidi Wastweet have given instruction in bas-relief sculpting) and the Art Deco and Art Nouveau styles of art have been inspirations for him.

During his period at the U.S. Mint, he worked closely with former chief engraver John Mercanti. He says he especially enjoyed working with Phoebe Hemphill, whom he referred to as one of the “top-tier sculptors in the country.”

LG: What were your favorite coin and medal projects from your period working at the Franklin Mint and as a freelance artist?

Mr. Everhart explained that at the Franklin Mint he enjoyed working on the calendar medals, especially the bicentennial ones, as well as on projects that dealt with airplanes, vintage automobiles, and old master paintings (which is how he learned to observe detail and incorporate it into his work). Later, for Georgetown University, he did a major commission of 24 bronze plaques, each measuring 3 feet by 2 feet, for their sports hall of fame.

In addition, during his freelance years he enjoyed working on a dinosaur series for the Society of Medalists, which included issue #125, “The Fossil Record,” a medal depicting a Tyrannosaurus Rex; a medal called “The Dance of the Dolphins,” which depicts the animals jumping into the air; a medal with a freestanding chameleon; and a medal called “Croc Rock,” which depicts five crocodiles. He added that he learned during this period to stretch the boundaries of what constitutes a medal, and that medals do not have to be round.

LG: What were your favorite coins and medals from your years at the U.S. Mint?

The Nevada State quarter, which was Mr. Everhart’s first U.S. Mint design, is one he has always liked, as well as the March of Dimes silver dollar (whose reverse is based on a photo of his youngest grandson); the Constantino Brumidi, Aung San Suu Kyi, and Womens’ Air Force Service medals; the Baseball Hall of Fame coins; and the two President Barack Obama medals (both sides for the second-term medal and the reverse for the first-term medal), along with the inaugural medal for President William Clinton. (Continued after the slideshow.)

Slideshow images: Dolley Madison $10 gold coin obverse and reverse courtesy of APMEX; all other Mint products courtesy of the United States Mint. Other medal images are from Wikimedia Commons.

LG: Do you collect coins or medals? And if so, which ones appeal to you?

Other than picking up convention medals at, for example, conventions of the American Numismatic Association, and some samples of his own work, he said he does not collect.

LG: Have you considered writing a book on your work and career, or perhaps putting together a pictorial gallery online?

He said it has been “suggested by several people that he do a book,” but it really depends on whether he is able to get a good offer, adding that he has “a good story to tell.” In addition, fans of his work will be pleased to learn that Mr. Everhart is putting together a website (still in the building stage) that will display his works—both U.S. Mint and other works.

LG: Finally, do you have any recommendations regarding the coin-design process for U.S. coins?

Beginning by noting that the Mint “has been very responsive to the CCAC [Citizens’ Coinage Advisory Committee] and CFA [Commission of Fine Arts] recommendations” and that the “program directors at the Mint” also do a great job, Mr. Everhart said that it is essential that the Mint has “competent and consistent art direction.”

He added that the Mint’s engraving staff is now quite depleted, since it is down to just four on-staff sculptors. More will be needed, especially for a major series. Mr. Everhart added that the AIP, which has been very successful, has now been thinned down to a group of very talented, experienced, and thorough artists, but that they are not allowed to sculpt. So the Mint may have to find sculptors, and since that is a mission-critical function, they should be able to obtain an exception to the Trump administration’s hiring freeze.

LG: Do you think it is important that the Mint fill the position of chief engraver, which was last held by John Mercanti, to help give the consistent direction you referred to?

Mr. Everhart responded that the position of chief engraver has become “too big for one person.” He essentially served in this capacity, he said, but handled only the aesthetic functions, not all the other duties (like deciding how many dies go to a mint). As a result of the greater use of digital design processes, there are more things to consider now. In addition, he said that when Mr. Mercanti held the position he had to stop his work designing and sculpting at a certain point because of all the administrative duties he was required to perform, which is shame for someone whose real strength lies in creating the art.

In 2015, his CoinWeek.com column, “The Coin Analyst,” received an award from the Numismatic Literary Guild for best website column. And in 2017 he received an NLG award for best article in a non-numismatic publication with his “Liberty Centennial Designs,” which was published in Elemetal Direct.