The designs for next year’s America the Beautiful quarters have been made official. Earlier today, the U.S. Mint shared the line art for the reverses of its five upcoming 2017 quarters, which will respectively feature Effigy Mounds National Monument in Iowa, Frederick Douglass National Historic Site in Washington, D.C., Ozark National Scenic Riverways in Missouri, Ellis Island (Statue of Liberty National Monument) in New Jersey, and George Rogers Clark National Historical Park in Indiana. The five reverse designs are included below. 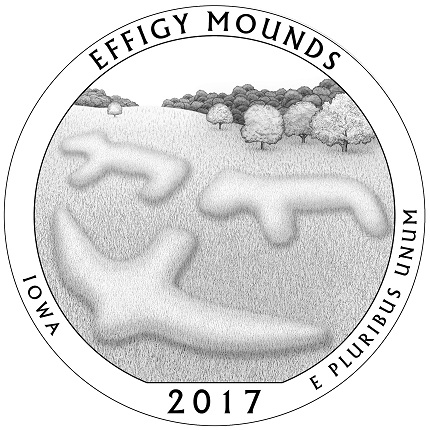 The first new quarter of 2017 will feature Effigy Mounds National Monument. Its reverse will include a view of Native American burial mounds known as the “Marching Bear Group.” Inscribed along the rim of the coin will be EFFIGY MOUNDS, IOWA, E PLURIBUS UNUM, and 2017. The image was designed by Richard Masters and sculpted by Renata Gordon. 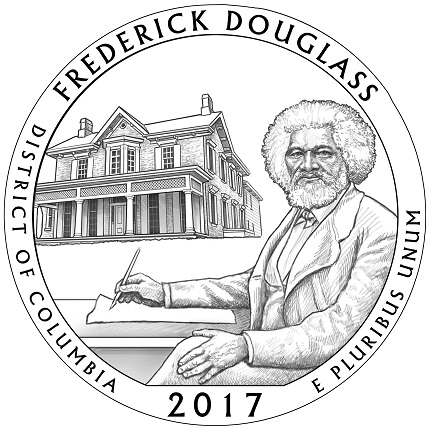 The next quarter will highlight the Frederick Douglass National Historic Site and feature an image of Douglass at his writing desk with his home in the background. Inscribed along the rim are FREDERICK DOUGLASS, DISTRICT OF COLUMBIA, E PLURIBUS UNUM, and 2017. This design was created by Thomas Hipschen and sculpted by Phebe Hemphill. 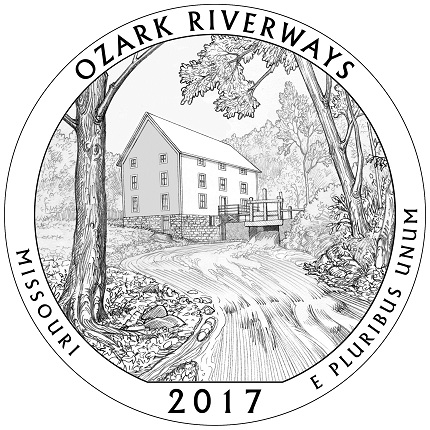 The Ozark National Scenic Riverways will be featured on 2017’s third quarter in an image designed by Ronald D. Sanders and sculpted by Renata Gordon. Depicted is Alley Mill, an 1894-built mill that converted wheat into flour. OZARK RIVERWAYS, MISSOURI, E PLURIBUS UNUM, and 2017 are inscribed along the rim. 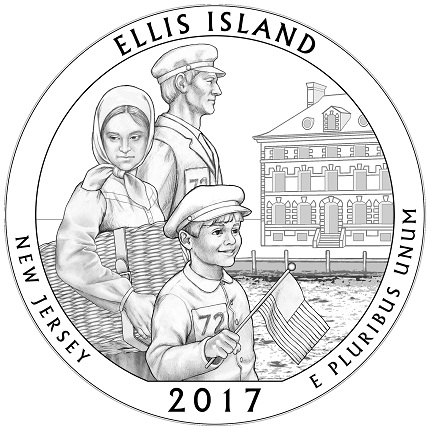 The next issue will carry in image of Ellis Island (Statue of Liberty National Monument). Designed by Ronald D. Sanders and sculpted by Renata Gordon, this reverse carries an image of an immigrant family with the hospital building in the background. Inscribed along the rim is ELLIS ISLAND, NEW JERSEY, E PLURIBUS UNUM, and 2017. 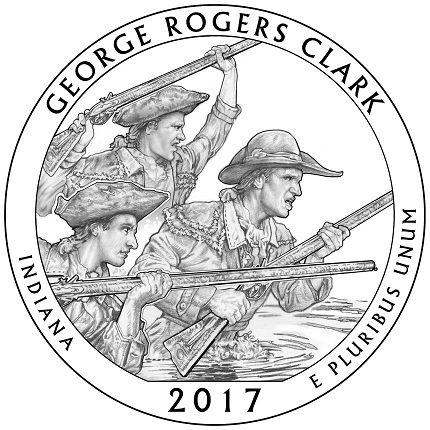 Finally, the fifth and final ATB quarter of 2017 will feature George Rogers Clark National Historical Park. The reverse design carries a depiction of George Rogers Clark and his men approaching Fort Sackville during the Revolutionary War. This image was designed by Frank Morris and sculpted by Michael Gaudioso.

All ATB quarters employ John Flanagan’s 1932 obverse portrait of George Washington with the inscriptions UNITED STATES OF AMERICA, LIBERTY, IN GOD WE TRUST, and QUARTER DOLLAR. For more information on the America the Beautiful quarters program, please visit the U.S. Mint’s Web site.