The United States Mint has announced the design selections for the 2014 Presidential Dollars. The four coins for the coming year will feature the 29th to 32nd Presidents of the United States, Warren Harding, Calvin Coolidge, Herbert Hoover, and Franklin D. Roosevelt.

The Presidential $1 Coin Program was launched in 2007. Under the authorizing legislation, four different designs have been issued per year featuring the deceased former Presidents in the order served. Following a decision made by the Treasury Department, the coins are no longer issued for general circulation. although the coins continue to be produced in the quantities necessary to meet demand from collectors. The United States Mint sells circulating quality examples of new releases within 25-coin rolls, 100-coin bags, 250-coin boxes, and 500-coin boxes at a premium above the face value. 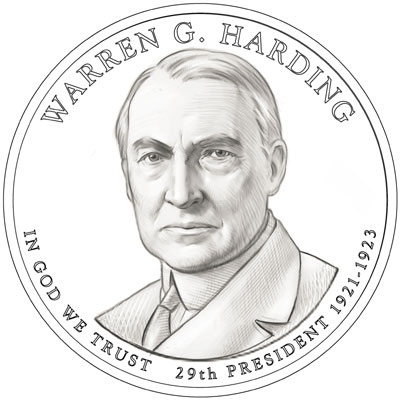 The design for the Warren G. Harding Presidential Dollar features a portrait which was designed and engraved by Michael Gaudioso. The inscriptions include an indication of the order of the Presidency “29th President” and the dates of the term “1921-1923”. 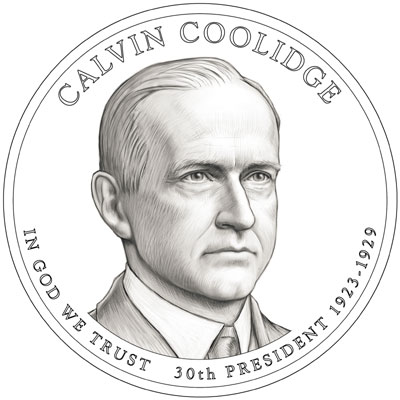 The Calvin Coolidge Presidential Dollar was designed and engraved by Phebe Hemphill. The inscriptions include “30th President” and the dates “1923-1929” in addition to the President’s name and motto “In God We Trust”. 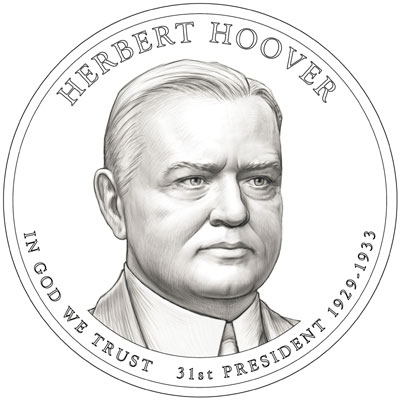 The Herbert Hoover Presidential Dollar was also designed and engraved by Phebe Hemphill. The inscriptions provide an indication of the order of the Presidency “31st President” and the dates of the term “1929-1933”. 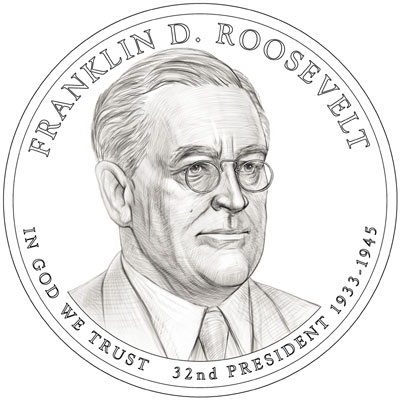 The final release of the series for the year will be the Franklin D. Roosevelt Presidential Dollar. The obverse was designed and engraved by Joseph Menna. Inscriptions include the President’s name, motto “In God We Trust”, “32nd President”, the the years served “1933-1945”.

The reverse designs of all four coins feature a rendition of the Statue of Liberty designed and engraved by Don Everhart. The inscriptions include “United States of America” and the denomination “$1”.  The date, mint mark, and motto “E Pluribus Unum” appear as incuse edge lettering on each coin.