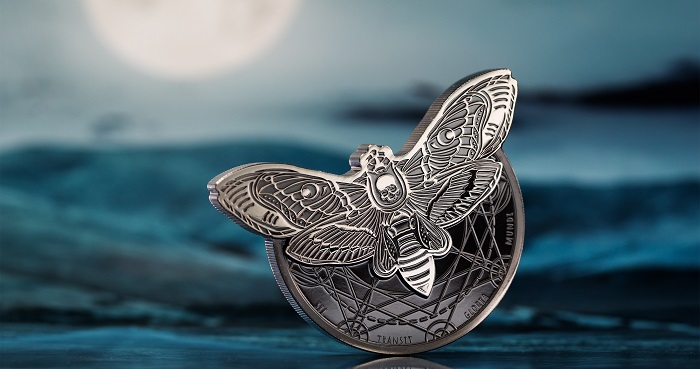 The coin is designed in the shape of a globe with a death’s head hawkmoth hovering over it. 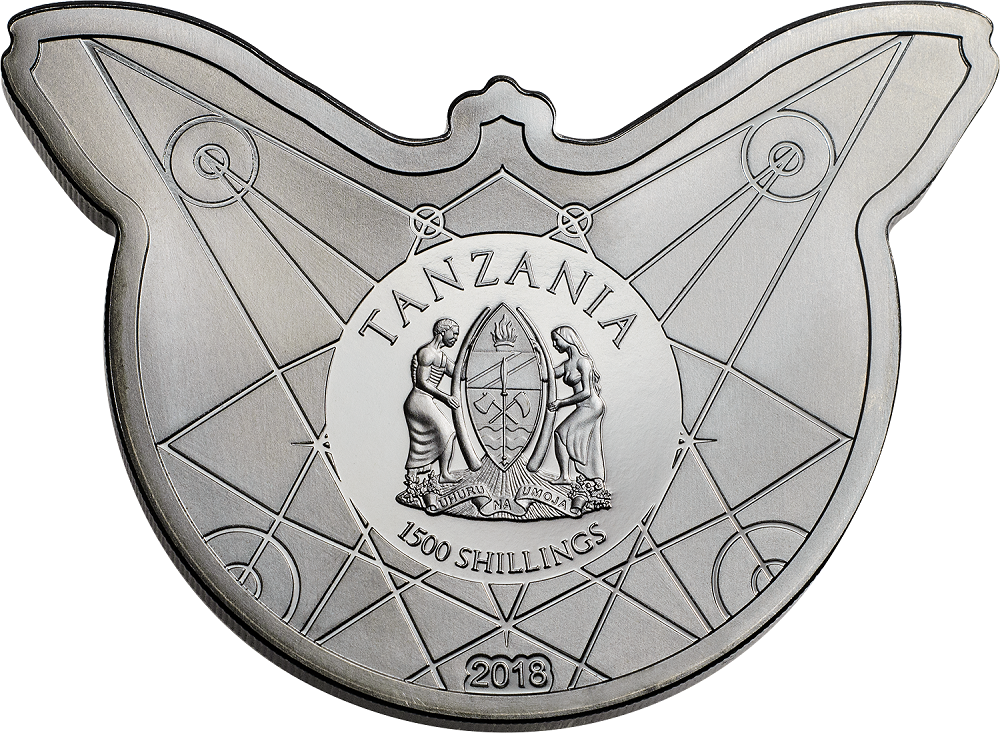 The obverse shows the coat of arms of Tanzania in a circle, above the name of the country, below the denomination. The circle is embedded in a meshwork of lines that make up a complex star. Below the year of issue in a rectangle. 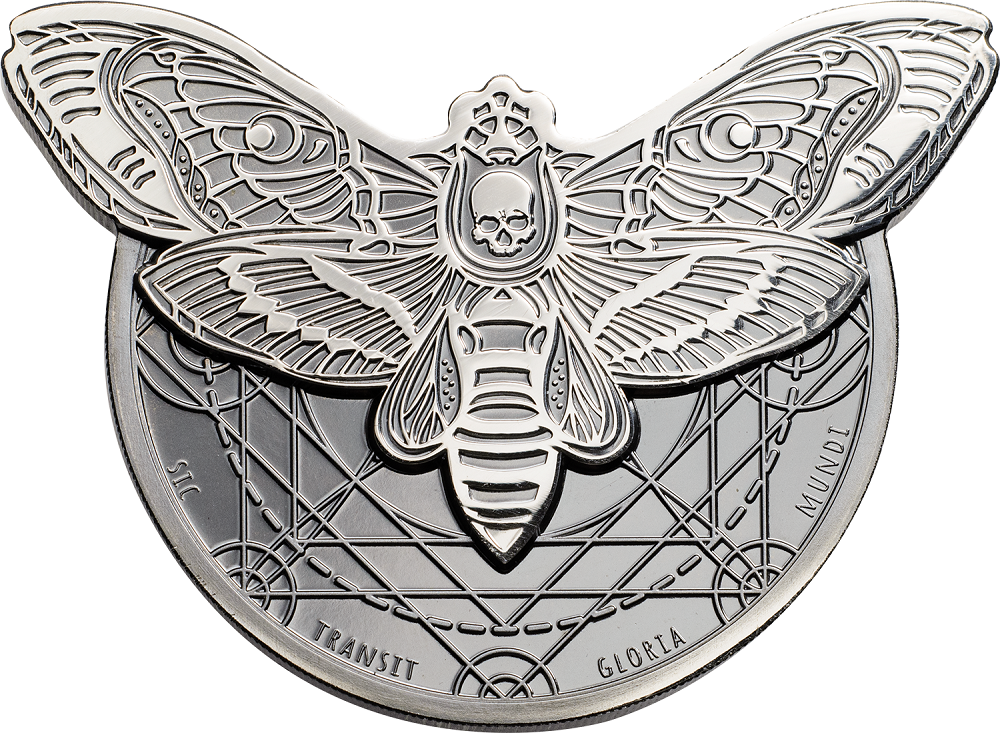 The reverse presents a detailed death’s head hawkmoth hovering over a globe minted in black Proof, which is covered by a complex meshwork of lines. In the bottom field is the inscription SIC TRANSIT GLORIA MUNDI. 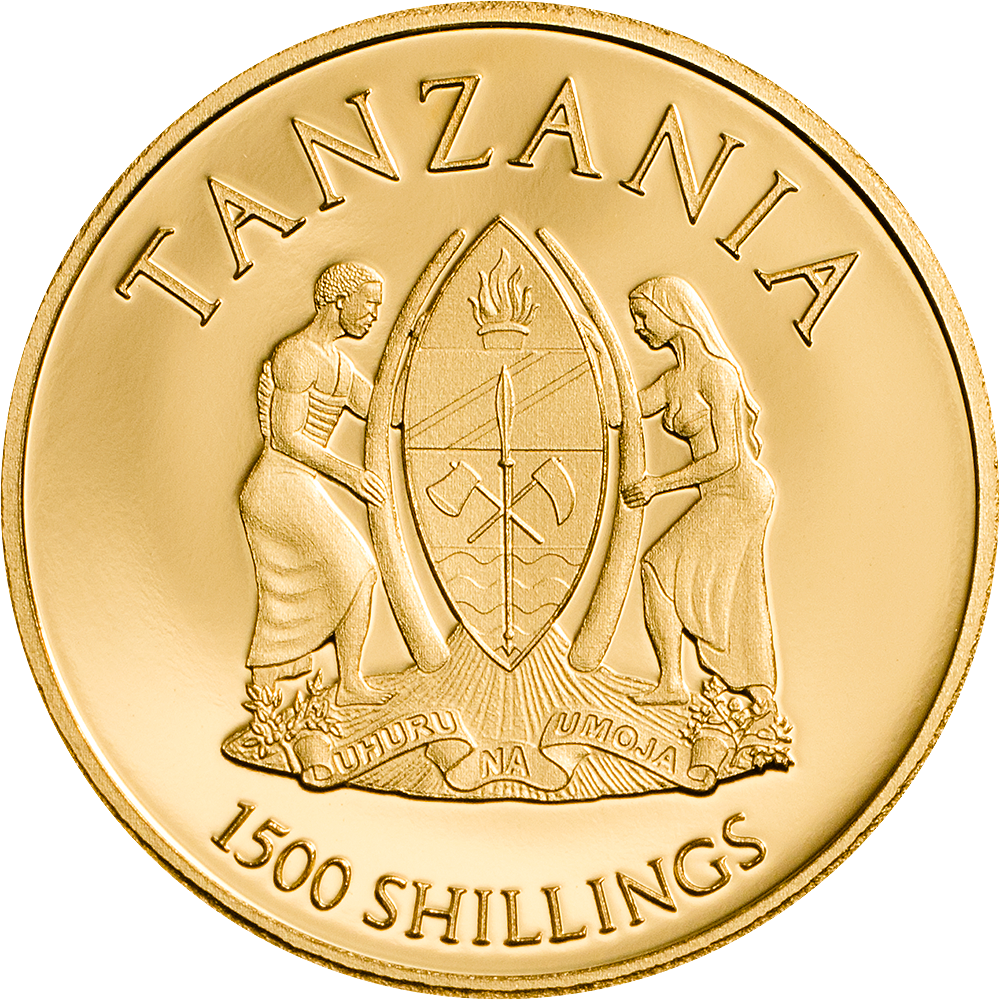 The obverse depicts the coat of arms of Tanzania, above the name of the country, below the denomination. 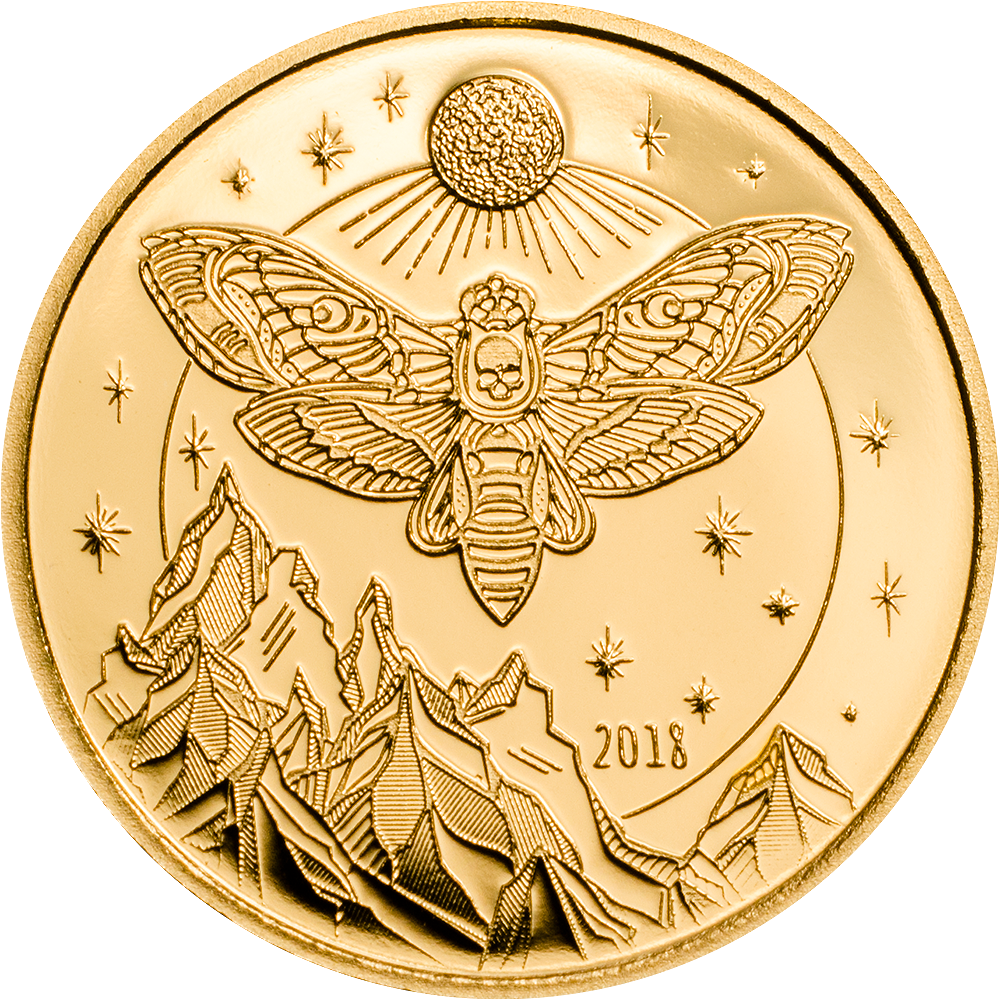 The reverse features a death’s head hawkmoth in a night sky above a mountain range below the year of issue 2018.

The pattern that the death’s head hawkmoth (Acherontia atropos) wears on its thorax makes it very special. In the Baroque era, the “death bird” was considered a symbol of the transience of human life. The inscription SIC TRANSIT GLORIA MUNDI (thus passes the glory of the world) is reminiscent of this idea. It was originally used as part of the liturgy of the papal coronation ceremonies, but has developed into its own idiom since then.

The death’s head hawkmoth gained more widespread recognition in contemporary pop culture through its use on the movie posters and book cover of the successful work The Silence of the Lambs. The larva of a death’s head hawkmoth becomes a clue which helps the psychologist (and cannibal) Hannibal Lecter in diagnosing the desire of a wanted mass murderer to transform into a woman. This clue leads to the unmasking of the culprit.

Since then, the death’s head hawkmoth has represented the everyday horror which sometimes leads to people overlooking what a fascinating animal it really is. It covers incredible distances between Europe and Africa, can produce loud chirping noises using its epipharynx, and feeds on honey raids. This is possible because the death’s head hawkmoth is practically immune to the venom of bees.


CIT Coin Invest Trust has minted this animal’s first numismatic memorial. The silver coin is a variety of the “Shaped Coin” that is extremely difficult to produce and requires specific blanks. While the hawkmoth itself is issued in Proof quality, the globe is kept in black Proof.

A completely different design was developed for the small gold coin. It has turned out particularly nice due to its play with different circles.

A video about this coin is available below: