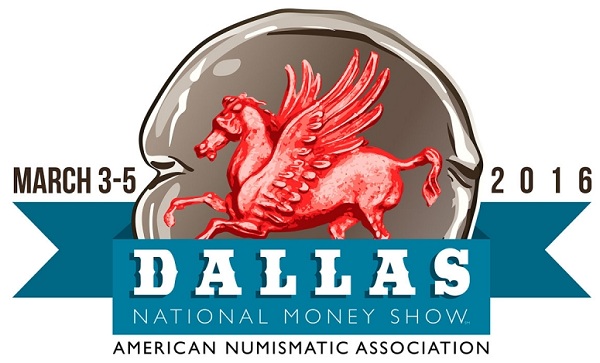 With its National Money Show set to kick off in Dallas tomorrow, the American Numismatic Association has shared a press release providing information on its lineup of free lectures.

Show attendees are invited to attend the ANA’s free Money Talks lectures. The informative 30- to 45-minute programs are presented by some of the hobby’s most noted authorities. Presentations are offered Friday and Saturday, March 4-5, 2016, in Room 302, of the Kay Bailey Hutchison Convention Center.

“Don’t miss out on these interesting and fun presentations,” said Susan McMillan, ANA seminar director. “Our speakers are knowledgeable and enthusiastic about a wide range of subjects and want to share their insights with you.”

The following is a complete list of Money Talks presentations in Dallas:

In addition to the educational presentations, the three-day convention will feature more than 500 numismatic dealers with extensive inventories; a free appraisal area; a wide range of technical seminars and educational presentations; a major auction by Heritage Auctions; as well as the ANA Museum Showcase, exhibiting some of the world’s most valuable and beautiful coins and paper money.

Proposals for Money Talks at the American Numismatic Association’s World’s Fair of Money in Anaheim on Aug. 9-13, 2016, are being accepted and can be submitted at Money.org/MoneyTalks, or by contacting Susan McMillan at or 719-482-9850.

The American Numismatic Association is a congressionally chartered nonprofit educational organization dedicated to encouraging people to study and collect coins and related items. The ANA helps its 24,000-plus members and the public discover and explore the world of money through its vast array of education and outreach programs, as well as its museum, library, publications, conventions and seminars. For more information, call 719-632-2646 or go to www.money.org.