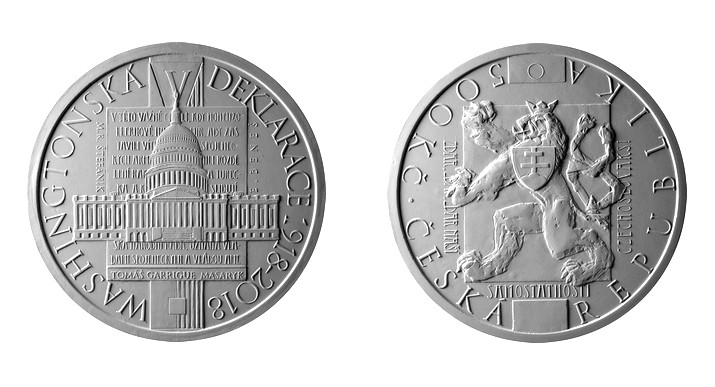 The Czech Mint have unveiled the design which will be used for the country’s silver crown that will be released in celebration of the Czech Republic’s centenary anniversary of independence, which was achieved on the 28th October 1918. The coin is part of a greater issue of celebratory commemorative coins marking the declaration of independence of the state previously known as Czechoslovakia, which emerged as a separate state after the dissolution of the Austro-Hungarian Empire at the close of the First World War.

The designer behind the obverse and reverse sides of the commemorative coin is BcA. Jakub Orava, whose previous work for the Czech Mint includes the highly successful gold coin of 5000-koruna, which commemorated one of the greatest Czechs, Jan Hus. 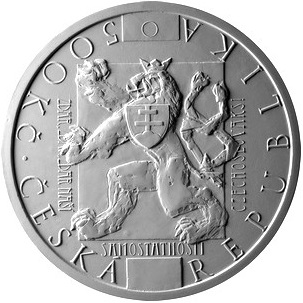 The obverse will feature the two-tailed Czechoslovak lion which was included on many coins of the era and the patriotic text: “Hear, hear, to our independence, Czechoslovaks!” which is placed around the two-tailed lion in vertical and horizontal directions. The text CESKA REPUBLIKA surrounds the primary design and is placed along the lower edge, including the denomination of 500 Kc. 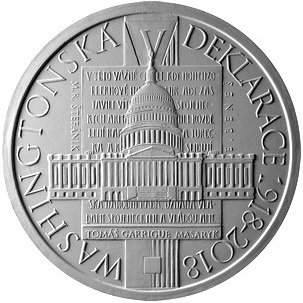 The reverse design will feature an excerpt from the titular declaration — and unusually — a depiction of the U.S. Capitol Building, as well as the names of founding fathers T. G. Masaryk, E. Beneš, and M. R. Štefánik (these gentlemen will appear on 20-koruna circulation coins to be issued later in the year). The American Capitol Building is an integral part of the coin’s design as the Czechoslovak Declaration of Independence, or the Washington Declaration (Washingtonská deklarace), was drafted in Washington, D.C. and its authorship was attributed to Tomas Garrigue Masaryk (1850–1937), who would later become the country’s first president.


The coin is scheduled to be officially released by the Ceska Narodna Banka on the 17th October — the day before the country’s actual celebration — which will be observed on the 18th October, and mintages of Proof and Brilliant Uncirculated examples will be announced closer to the time of release. For additional information on this coin and others planned for the centenary anniversary of Czech independence, please visit the website of the Czech Mint.