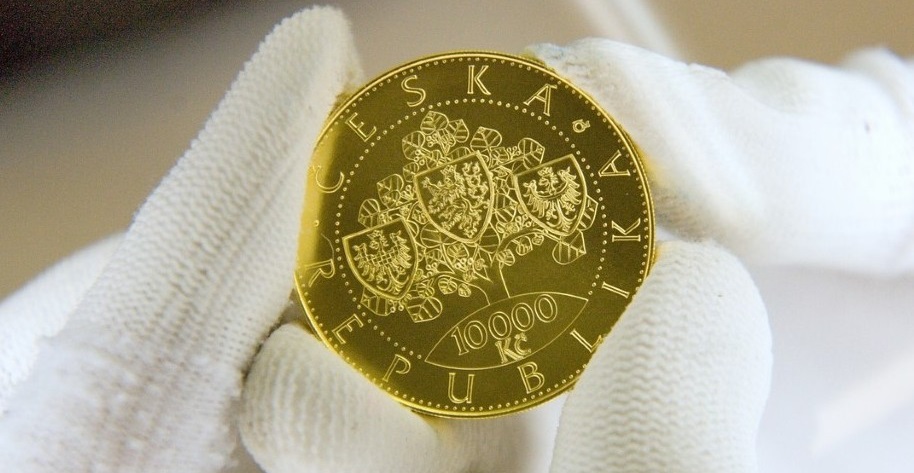 The National Bank of the Czech Republic has launched (24th October) new gold commemorative crown coins which will be issued in celebration of the country’s centenary anniversary of independence, which was achieved in November 1918. In the wake of fierce fighting left by the Great War, the collapse of the mighty Austro-Hungarian Empire led to the lands of Bohemia, Moravia, and Slovakia coming together to form the Republic of Czechoslovakia with the historic and age-old city of Prague as its capital.

After the rise of Germany’s Third Reich in 1936, Czechoslovakia faced territorial claims from Berlin, and, as a result, the country was partitioned. The Sudetenland was ceded to Germany and portions of Slovakia were annexed by Hungary according to the Munich agreement of 1938. In March 1939, the army of the Third Reich invaded the remainder of Czech lands not already brought under German rule and declared a Protectorate of Bohemia and Moravia, essentially removing all references to Czechoslovakia internationally. After the defeat of the Axis powers in 1945, Czechoslovakia regained their territories previously lost but found themselves behind the Iron Curtain dominated by the former USSR, a scenario which lasted until the collapse of the communist state and the Warsaw Pact alliance in 1991. The Republic of Czechoslovakia emerged intact once again after the appointment of a largely non-communist government in December 1989, and shortly after that, the country was renamed the Czech and Slovak Federal Republic in preparation for an eventual dissolution of the single entity into two separate states. This officially occurred on the 1st January 1993, with the Czech Republic and Slovakia emerging as two independent European states. Today, both republics are members of NATO as well as the European Union and marked 25 years of their re-emergence as democratic states in 2014. 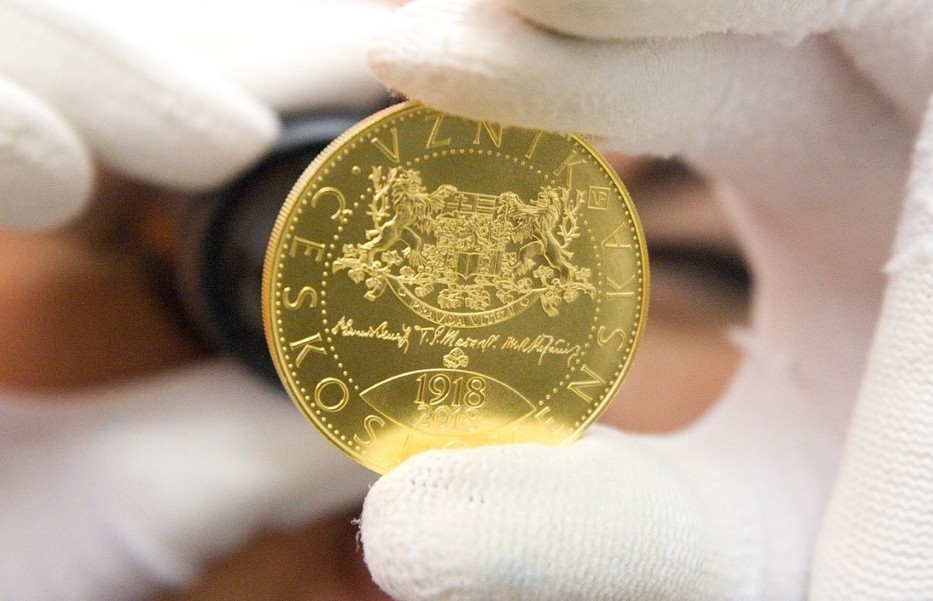 The coins are produced by the Czech Mint at their facilities in Prague on behalf of the National Bank. They are designed by academic painter Vladimír Pavlica (born 1939), who in 2012 won the Czech National Bank’s design competition for his depictions used on the “Saints Cyril and Methodius” 10,000-koruna gold coin issued in 2013. The reverse side of the coins features the coat of arms of Czechoslovakia, which includes the national motto “Truth prevails” below the crest. Placed below the coat of arms are the three facsimile signatures of the founders of the country, T. G. Masaryk, E. Beneš, and M. R. Štefánik together with the anniversary years 1918 and 2018 seen arranged in two lines. Surrounding this design and above the primary motif is the word VZNIK (formation) and CESKOSLOVENSKA. The obverse features the motif of a centred linden tree, which is prevalent in the country and symbolic for prosperity, fidelity, peace, and justice. Placed in the tree’s branches are the two crests of the lands which comprise the present Czech Republic and the two eagle shields representing Moravia and Silesia. Centred is the current crest of the Czech Republic, which consists of a lion representing the former Bohemia. The coin’s denomination of 10000 Kc is placed below the tree with the text CESKA REPUBLIKA placed above the below the primary design along the edge.

The gold crown coins have been heavily subscribed to due to their promotion in mainstream media, the popular theme, and important national anniversary. Interested collectors can inquire directly to the Czech Mint at  for further information about their availability.