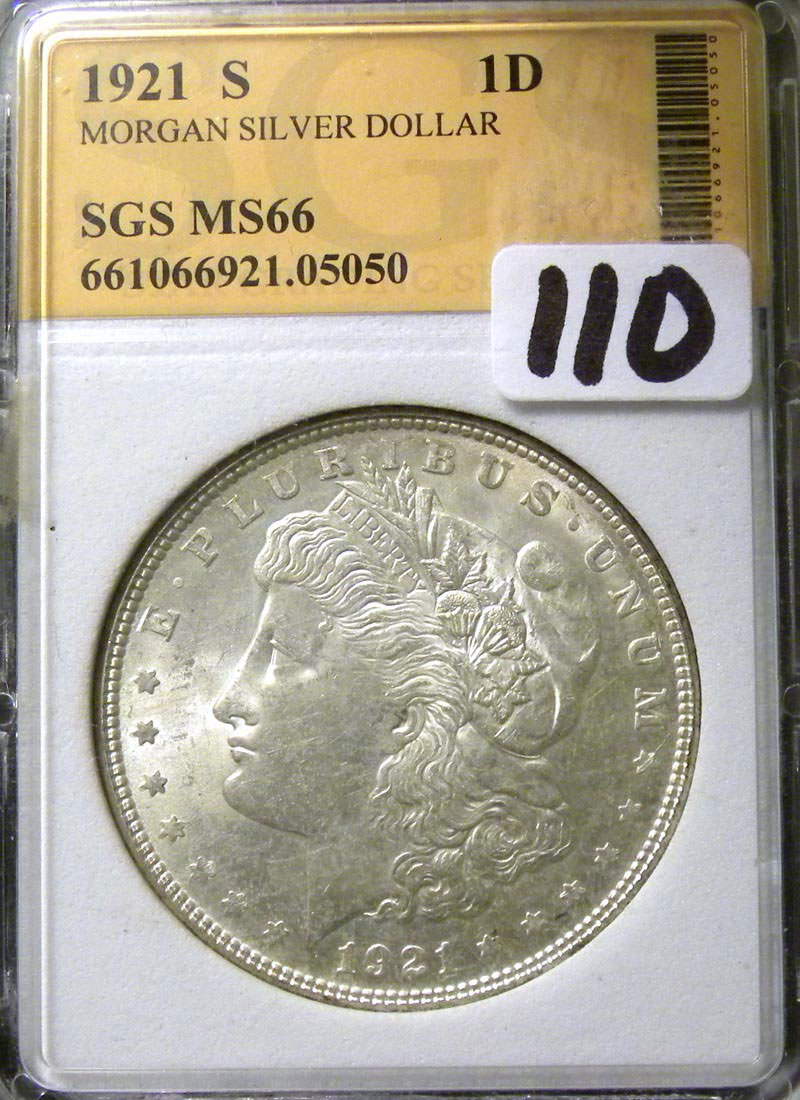 Let’s begin by referencing an article by Susan Headley in “About Coins,” concerning “[h]ow online auction sellers use coin grading services to defraud coin buyers,” the subtitle of her piece, which can be found here. In it, she links to a company that specializes in MS60-70 coins.

The latter company was purchased in 2008 by David Lawrence Rare Coins, which transformed it into a second-tier company that, in my view, rivals ANACS and ICG for consistency, Dominion Grading Service.

In our “Crossover, ‘Cross-under’ and ‘Cross-out'” series, I will acquire and test some of these services as occasion allows, sending coins in their holders to my grading company, PCGS.

My local dealer has told me that third-tier companies often grade 20 or more points higher on the 70-scale for mint state and proof coins, when compared to NGC or PCGS.

I not only agree; I am embarrassed to submit some of these coins in their holders to PCGS, marking “Genuine” on the submission sheet, because sometimes I really do suspect a slabbed counterfeit. I have one such coin now undergoing analysis at PCGS.

In closing, I want to make a few observations. Third-tier grading companies are legitimate businesses whose graders choose to evaluate coins by more lenient standards, according to the conventional view. They may grade dipped or cleaned coins or overlook a scratch in their designations and attributions.

The real issue is as Susan Headley explains: Auctioneers and sellers citing values of these coins by referencing PCGS, Red Book and even Grey Sheet prices and bids. That also is the issue here.

To be sure, some viewers or clientele of these companies will complain that I purposefully chose to buy poor examples and mistakes of bottom-tier companies in online auctions on Proxibid which, unlike Heritage or Teletrade, permits auctioneers to hype some of these questionably graded coins.

I wrote about that in a previous Coingrader Capsule.

In this series, one of my goals is to find a coin by a third-party company that actually does cross over.

That won’ be the case with a coin I just purchased for about $55, slabbed by none other than Star Grading Service. It was the best of bad examples on the Proxibid auction block. SGS graded the 1921-S Morgan a gem MS66. It looks like an AU58 slider to me that appears dipped by the absence of uniform luster. That’s not quite a 20-point “cross-under” grade, but it comes close–so close, in fact, that I will not verify its truer grade by sending it to PCGS, because that would be a waste of my time and money.

And that’s the lesson. The next time you bid, ask yourself whether you are responding to the coin or to the auctioneer’s claim. A coin worth purchasing in mint or high proof state should dazzle by strike and luster, not by label or bluster.