A regular feature of Coingrader Capsule is the cracking out of slabs by lesser holdering companies to see how they do in the big leagues, namely, PCGS or NGC. Specifically, I wanted to test some coins slabbed by National Numismatic Certification, which I reviewed in September, stating that its grading was inconsistent but, on occasion, good coins can be found encased within. I bid high enough to win these samples: 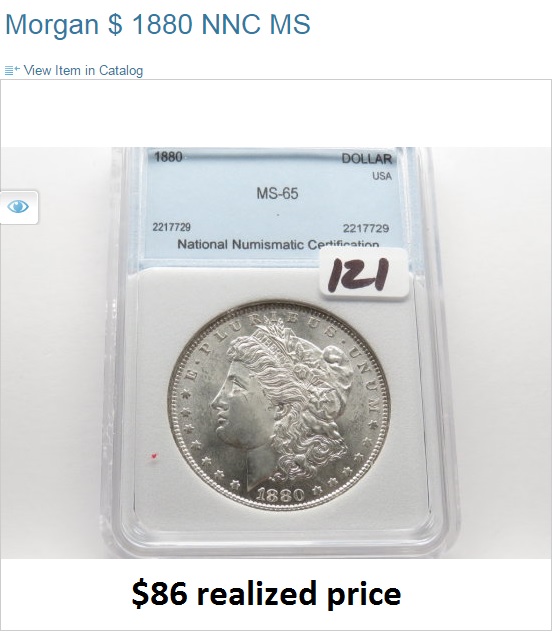 The 1880 Morgan is difficult to find in gem condition, and this one looked like it might pass muster. At MS-65, PCGS values it at $675.

Here’s a close-up of the coin: 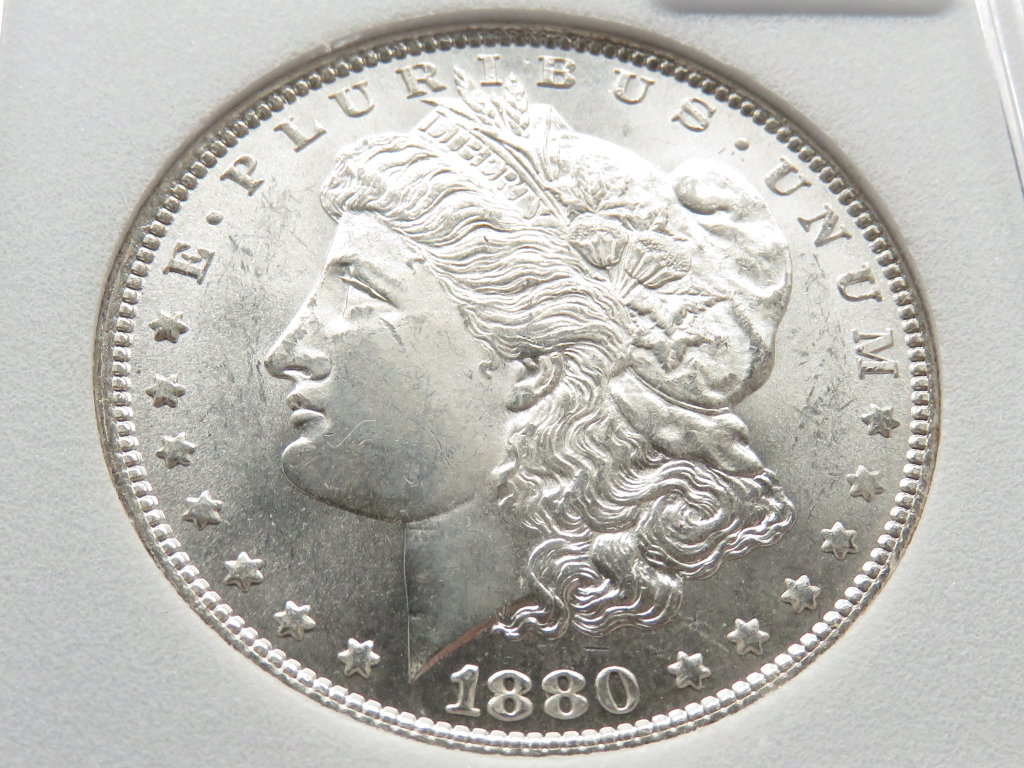 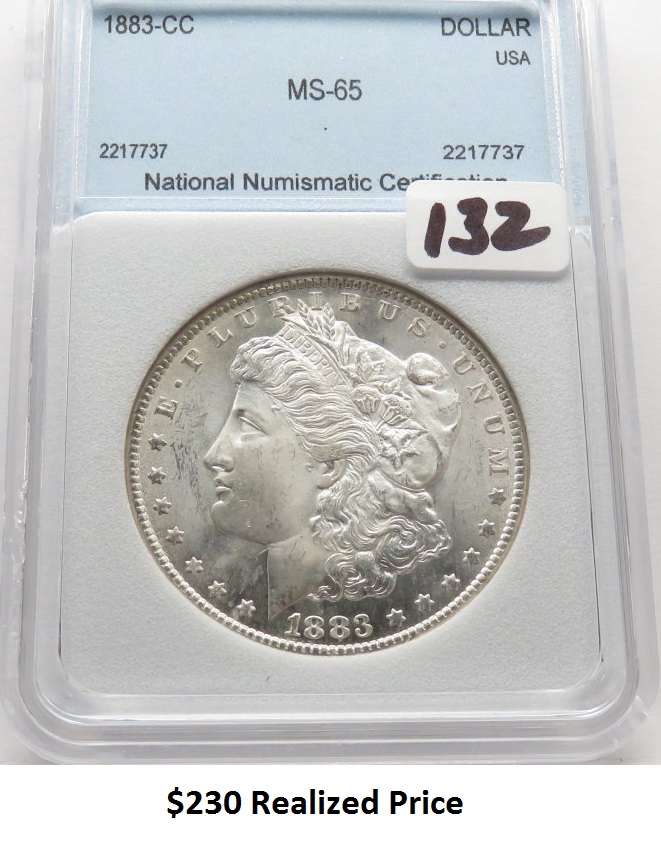 Here’s a close-up of that coin: 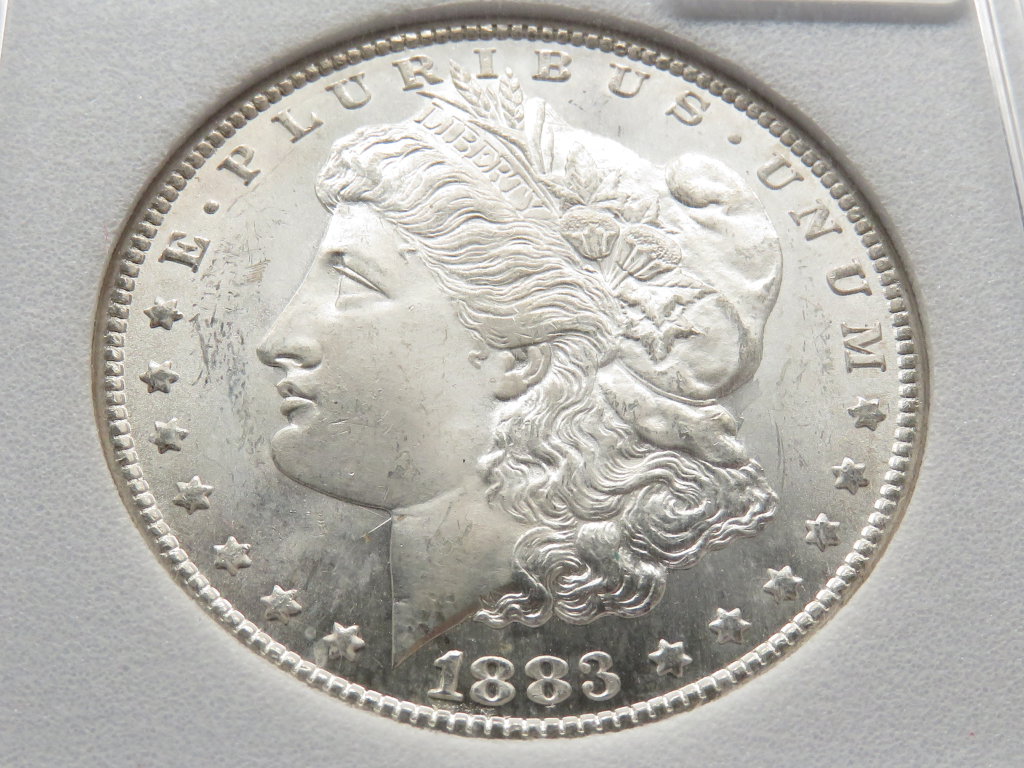 Apart from some noise in the left field, this looked gem, with the PCGS price at $500 at MS-65.

OK. Now for the results: 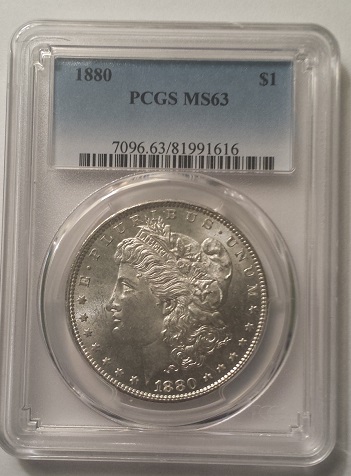 I agree with this grade. What you couldn’t see in the large photo here, which is the one I viewed when bidding in a Weaver Coin Auction on Proxibid, is a pin scratch on the cheek. Personally, I didn’t think it would slab. Value is about $95. 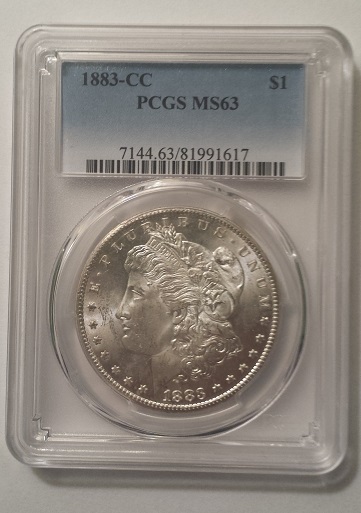 My response to this grade is, well, come on, PCGS: MS-63 with a clean cheek and right field, all because of some noise (not scrapes) in the left field? This is why I disagree so often with claims of grade inflation. PCGS is as strict as ever.  Value is $230, what I paid for it. Add slabbing costs and I lost, of course.

So the lesson here is to bid cautiously and use your grading prowess when bidding on NNT-slabbed coins. You can find a few gems, literally, but also flaws that prevent holdering at the top companies.

I also tested two other slabs. This one was a gem 1878, 7 Tail Feathers in an early cardboard sealed holder. Grading back then was strict, correct? Well, the coin certainly looked gem to me, with a neat, natural purple toning caused by decades in that cardboard. What did PCGS say? 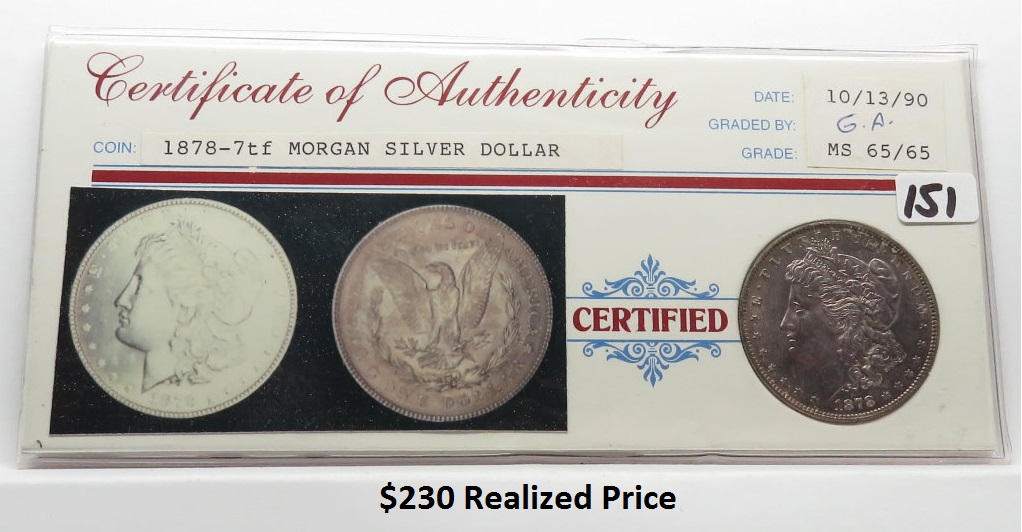 Questionable toning. Here’s a TrueView photo of the coin in all its splendor: 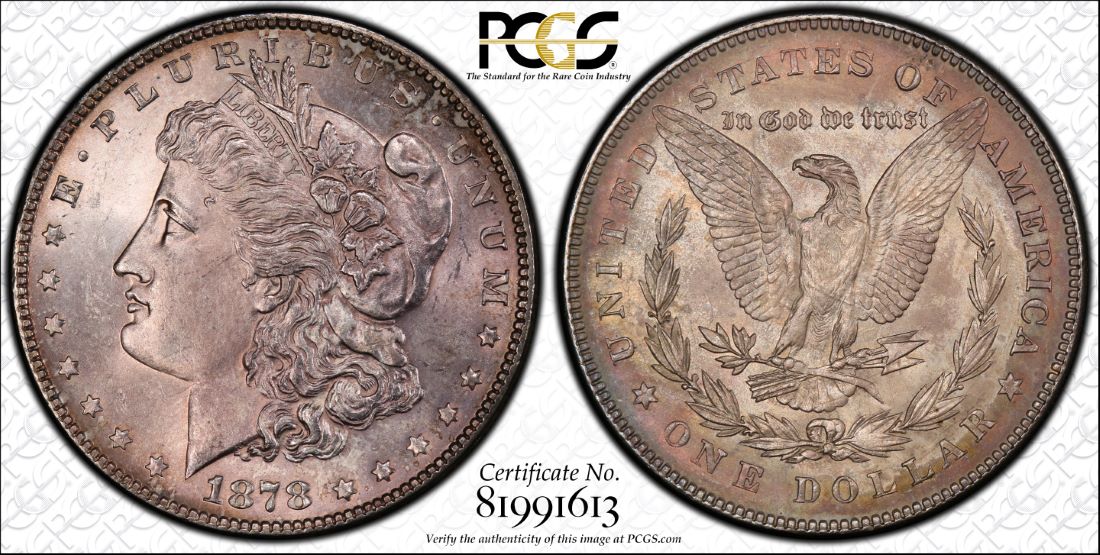 Usually, PCGS gets the tone right. This time, well, it shows the risk of cracking out a coin from the holder. I should have sent this one in as a crossover, but I didn’t have any other candidates at the time.

I also cracked out a black Redfield 1891-S Morgan. The black (rather than red) holder signifies that the coin doesn’t measure up to gem status: 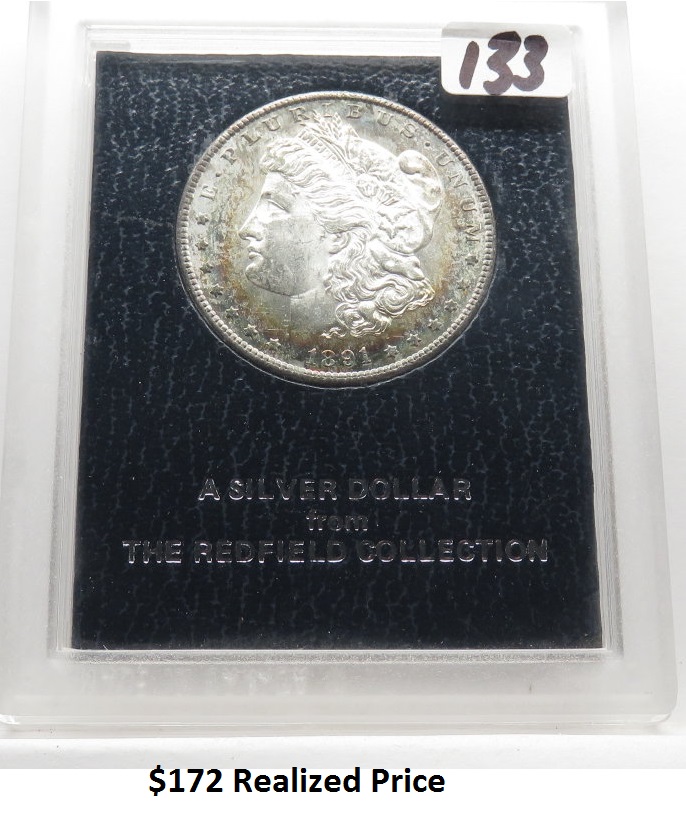 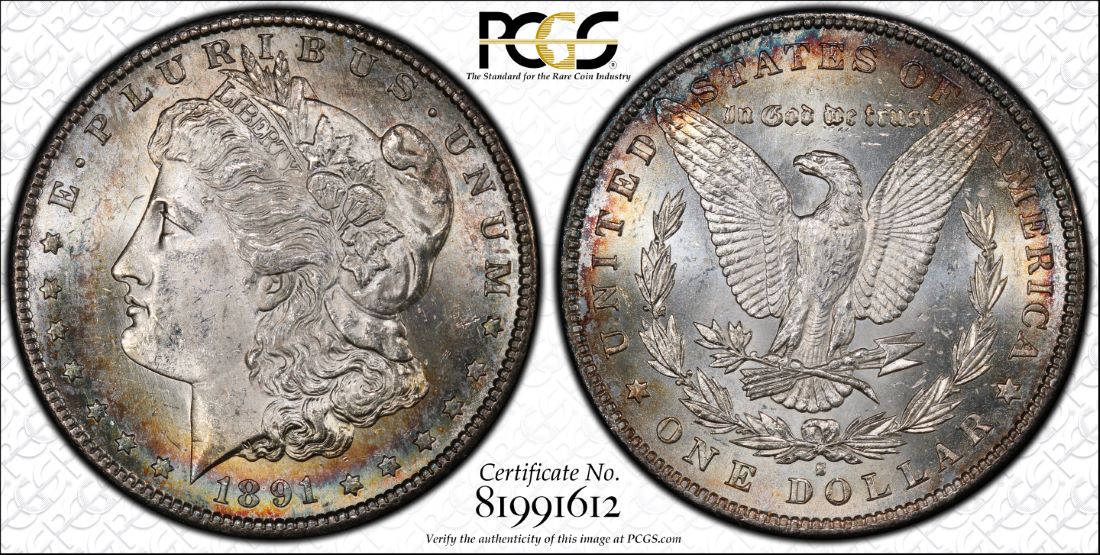 So no big discoveries in this crossover experiment, other than affirmation that one must take care with NNT coins and use grading skill to cherrypick them. You can find some good values on occasion.

Time to share your thoughts, especially if you have experience with NNT coins or recent crossovers!  ❑