I have recently read online articles that allude to recent commemorative coin programs being approved by Congress becoming the new earmark: a method to funnel federal dollars to interests located in specific districts in an era where the traditional methods of simply writing allocations into appropriation bills is not allowed. I contend that this statement of equivalence is inaccurate. Adding a measure to a legislative bill to give money directly from the federal budget to a group or area is very different than instructing the Mint to design, produce, and sell one or more coins to the public, and I will focus on three distinct points to demonstrate this difference. 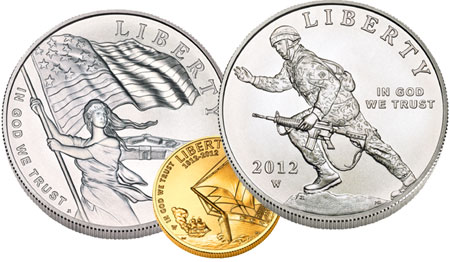 The Mint’s expenses to design, produce and market the commemorative coins are drawn from their Public Enterprise Fund (PEF), which is funded primarily from seigniorage, the difference in value between the production costs of the standard coins minted for circulation and the face value. These expenses are later recouped through the sale of coins to the public. Earmarks, on the other hand, are funded directly from the federal budget, either from reducing the monies given to a different program, by new taxes, or by borrowing.

The money that potentially goes to the organization being commemorated comes from a surcharge that is added to the sale price of the coins in the enacting legislation, but only if the sales of the coins surpass the operating costs of the Mint to produce the coins. If the sales of a specific program’s coins do not meet that requirement, no surcharges are paid to the organization. In addition, the organization needs to demonstrate that they have been able to independently raise an equal amount of donations from public sources as they are intended to receive from the coin program. Generally speaking, there was no such requirement on earmarks

The decision of how much money is received by the organization is decided by the total sales of the commemorative coins by the public, an individual decision made by the population, whereas the value of earmarked funds are set by the representatives and senators, a much smaller group of people. Thus, a commemorative coin program is a better measure of the support for an organization than is the existence of a group of paragraphs in legislation that can be measured in the hundreds of pages.

In conclusion, between the ability for an organization to be considered, the source of its funding, and the ultimate decision of whether it is beneficial, the analogy of commemorative coin program as an earmark is provably false.