(Fallbrook, California) May 26, 2020 — A fraudulent advertisement for bullion coins on Facebook, fake encapsulation holders, and requests for expert help from federal agencies kept the nonprofit Anti-Counterfeiting Educational Foundation (ACEF) busy during May 2020. 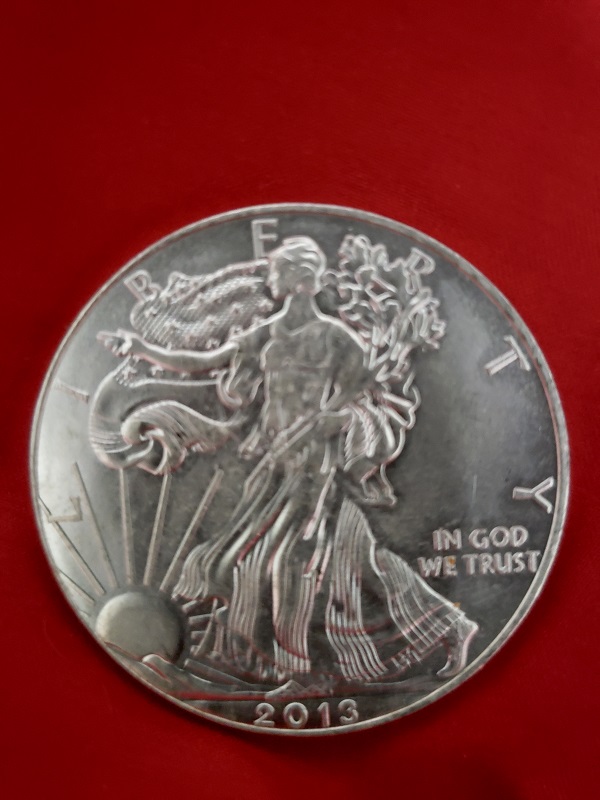 One of the 10 fake American Silver Eagles sold to an unsuspecting victim who responded to an unsolicited advertisement on Facebook. (Image courtesy of fraud victim). Hover to zoom.

“Among the cases we’re investigating is the sale of 10 fake one-ounce silver American Eagles. They were unsuspectingly purchased by someone who responded to an advertisement that popped up while he was checking his Facebook account. All 10 coins he received in response to his order were counterfeit,” said Doug Davis, director of the ACEF Anti-Counterfeiting Task Force. 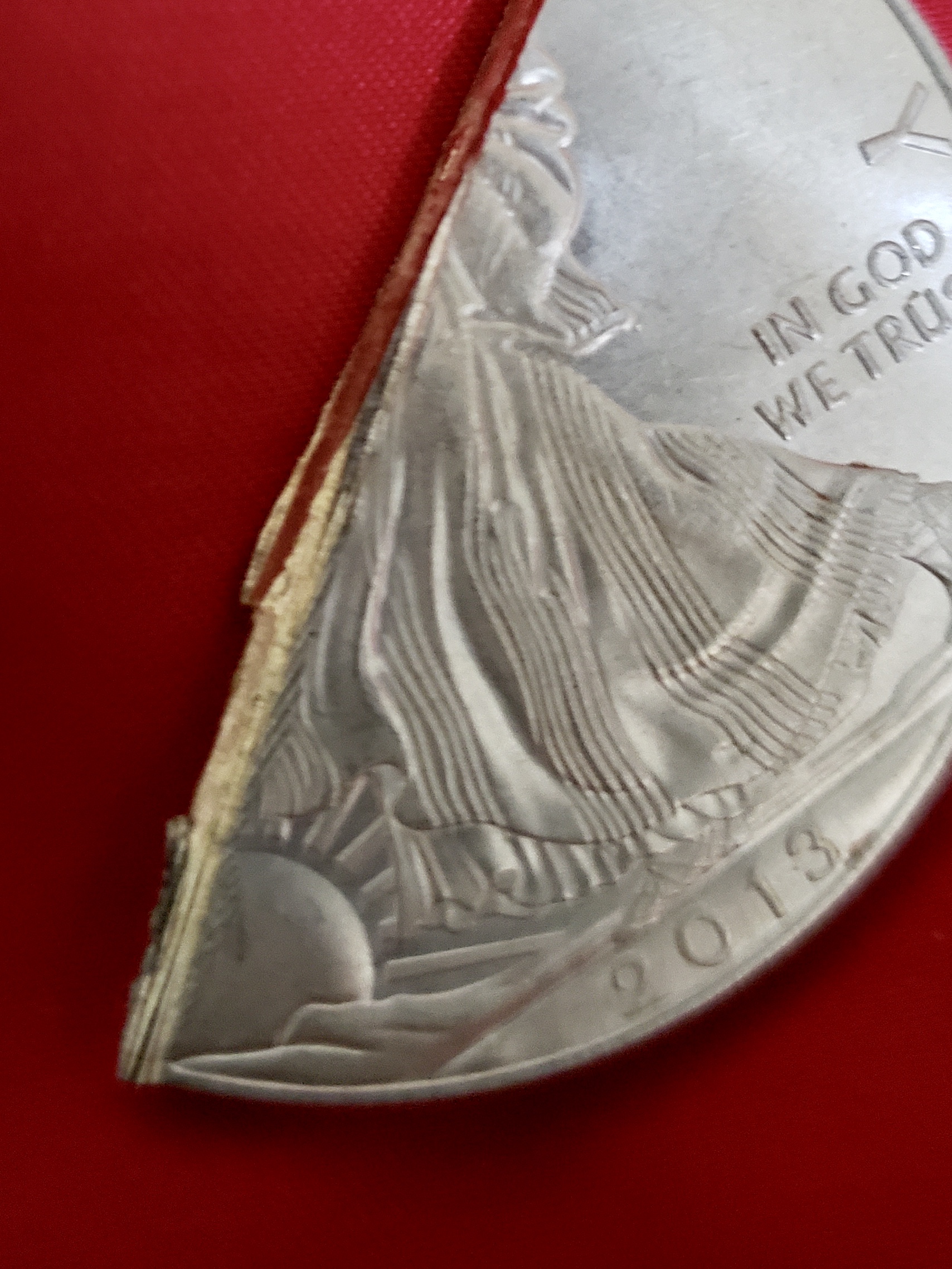 Cutting in half one of the 10 counterfeit American Silver Eagles revealed it was composed of base metal. (Image courtesy of fraud victim).

“The victim provided us pictures showing one coin being cut in half to reveal it was composed of base metal, not silver. We have provided information about the seller and the potential manufacturer to the U.S. Treasury Office of Inspector General, Customs and Border Protection (CBP) and to the Secret Service,” explained Davis, a former Texas police chief.

Another case ACEF officials received in May involved counterfeit coins housed in fake Numismatic Guaranty Corporation (NGC) and Professional Coin Grading Service (PCGS) encapsulation holders. The victim spent $8,000 responding to an offer made on Mercari, an e-commerce platform. ACEF contacted NGC and PCGS to verify the holders were not genuine, and the information has been provided to federal law enforcement.

ACEF, which operates solely on donations from the public, cautions that the number of websites offering counterfeits for sale continues to grow.

“Analysis indicates that many of the websites are staying operational for only a few days and then shutting down, making it difficult to trace. However, we have been able to determine they just turn around and open a new website under a different name. We have also been able to identify other third party platforms that are being used to distribute counterfeit coins,” said Davis.

“We have been requested by CBP to send a list of websites selling counterfeit coins and precious metals so their investigators can use this intelligence information to identify manufacturers and importers. CBP and Secret Service have several cases being worked in the Los Angeles / Long Beach area, and volunteers from the ACEF Anti-Counterfeiting Task Force have provided expert assistance there,” he explained.

ACEF volunteers also are providing expert help to Secret Service agents in San Francisco who are working on counterfeiting cases there and to CBP agents investigating seized numismatic fakes in the El Paso, Texas area.

Collectors, dealers, and the general public are encouraged to report any counterfeits or counterfeit fraud activity by email to Davis at the Anti-Counterfeiting Educational Foundation at .

The efforts of the nonprofit Anti-Counterfeiting Educational Foundation and its Anti-Counterfeiting Task Force are supported entirely by donations. Monetary contributions may be made online or by check made out to ACEF and mailed to ACEF, 28441 Rancho California Rd., Ste. 106, Temecula, CA 92590. For additional information about donating, contact ACEF Executive Director Bob Brueggeman at .