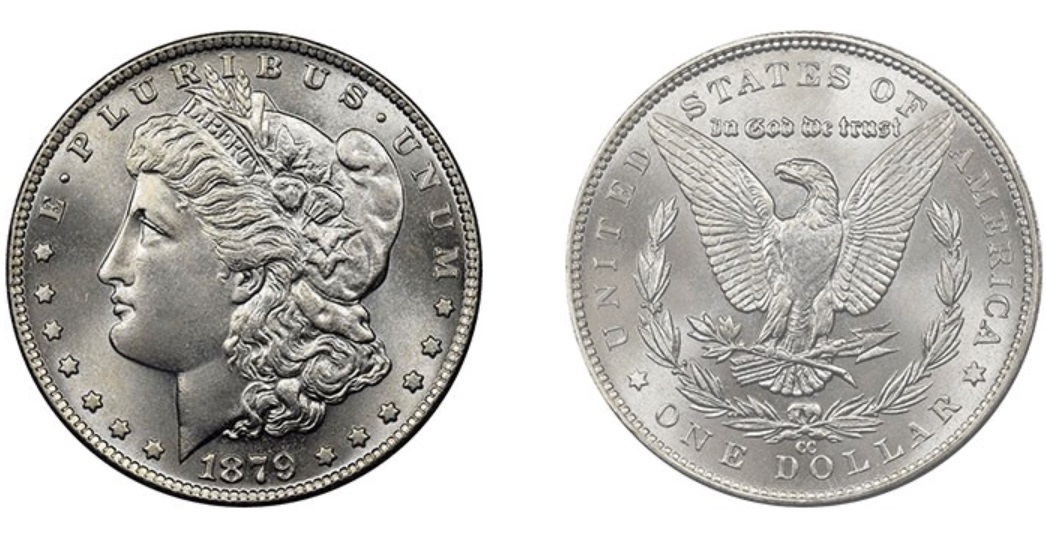 A close examination of the date area reveals the true nature of this piece.

Due to this rarity, the 1879-CC Morgan dollars are very popular with collectors today and command a hefty premium as a semi-key in the series. NGC graders recently received this submission.

As you can see from the photos above, the coin submitted for grading appears to be essentially flawless. In fact, it almost has the look of a more-modern issue rather than a 141-year-old coin. This is because that’s exactly what it is. This is a very modern counterfeit that just has the “look” of a coin struck from dies almost certainly made using Computer-Aided Design (CAD). 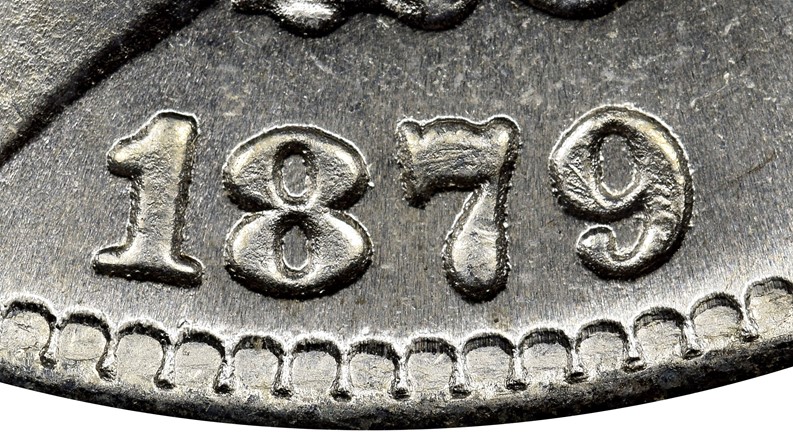 Close-up of the date of the counterfeit. Image by Numismatic Guaranty Corporation.

The close-up photo above of the date shows two things. First, notice the die flow lines radiating towards the edge of the coin. This is a tell-tale sign that this coin was die-struck, which is actually a good sign. This metal flow is what creates the luster on die-struck coins.

Unfortunately, the photo also reveals many small lumps around the edges of the date, which are a very bad sign for authenticity. Additionally, the surfaces of the digits are more rounded than they should be. On genuine examples, the digits are much flatter, as they were struck using enough pressure to completely strike up. 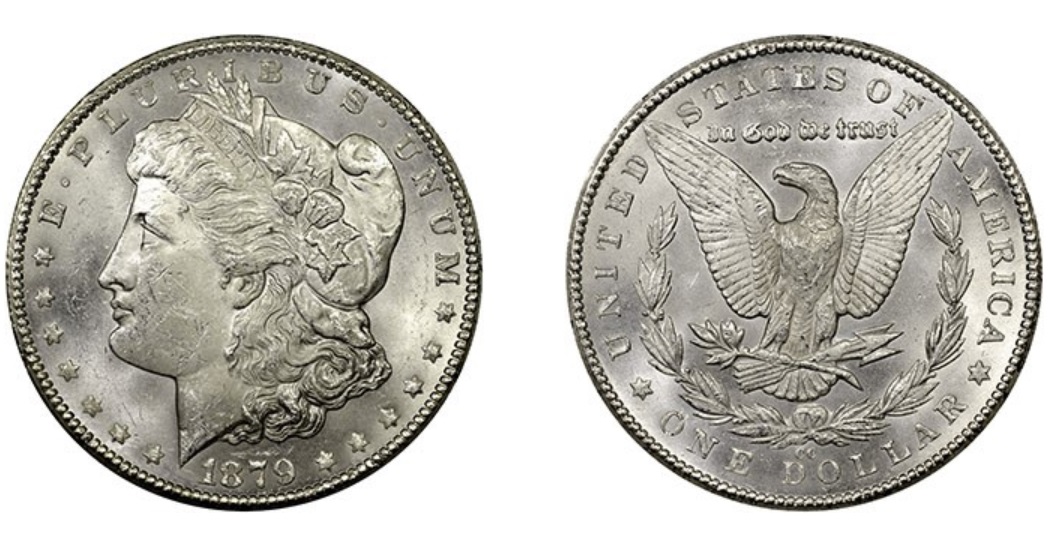 The photos above really show the difference between the two coins. Note the porosity of the counterfeit coin, especially within the hair. Additionally, there is significant detail loss in many areas where there was either detail lacking in the fake die or insufficient striking pressure to bring those details up.

Of course, it is always good to weigh any coin that is suspected to be a forgery. In this case, the coin weighed 26.75 grams, well within tolerances. However, the coin is noticeably thicker than a normal Morgan dollar, which is explained by the fact that it is not silver but rather struck in an alloy of 65% copper, 24% zinc, 8% nickel, 2% manganese, and only 1% silver.

This coin is a good example of the old saying “If it looks too good to be true, it probably is.” At first glance, this coin is simply too clean and mark free. However, from arm’s length, it would certainly fool many people, so it is important to carefully inspect any coin you may be purchasing. As always, any coin graded and encapsulated by NGC is guaranteed to be genuine.